At least 39 people have died as the winter weather wreaked havoc across the United States over the Christmas holidays. New York state has the highest death toll, with 17 people dead after a heavy snowstorm, according to New York Gov. Cathy Hochul. The Buffalo area, which was hit hard by the massive snowfall caused by the hurricane, witnessed scenes reminiscent of the movie “The Day After Tomorrow.”

Cars buried in snow along a street in upstate New York. People who were trapped and not rescued by the ferocity of the blizzard ended up freezing to death in their cars | NYSDOT WESTERN NY / Disclosure

Ten of the New York deaths occurred in Buffalo. Mark Poloncars, the executive officer for Erie County, which covers Buffalo, said he expects more deaths. The stadium governor said the “enormous” blizzard brought winds of nearly 120 kilometers per hour to Buffalo. “This will go down in history as the most destructive storm” in Buffalo, he said during a Christmas morning news conference.

Buffalo initiated a travel ban as blizzard conditions approached. “I can’t overstate how dangerous the conditions are,” Governor Hochul said on Sunday, urging people to stay off the roads this Christmas.

Cars are stuck on the road after a winter storm hits the Buffalo borough of Amherst, New York. Officials said this storm marked the first time in history that the Buffalo Fire Department was unable to return any calls. The National Guard has been called out. Hundreds of people have been rescued from the cars, Hochul said, adding, “We still have people who need to be rescued.”

“It’s like going into a war zone,” said New York Gov. Kathy Hochul, a native of Buffalo, where the snow reached up to eight feet in some places due to winds and power outages. She warned overnight that the residents are still facing a dangerous situation that threatens their lives,” and urged everyone to stay in their homes.

And with some heroic help from a neighbor, they rescued two people who had been stranded in a car since Friday and brought them home. pic.twitter.com/louXc8z4Ku

Severe weather with snowfall and temperatures down to -48 °C has resulted in 15,000 flight cancellations and more than 50,000 delays, as well as leaving roads impassable. Some of them fell on the roads due to the freezing of the asphalt and poor visibility. Authorities reported historically dangerous conditions in the Buffalo area, with hours of power outages and bodies found in vehicles and under ice banks. 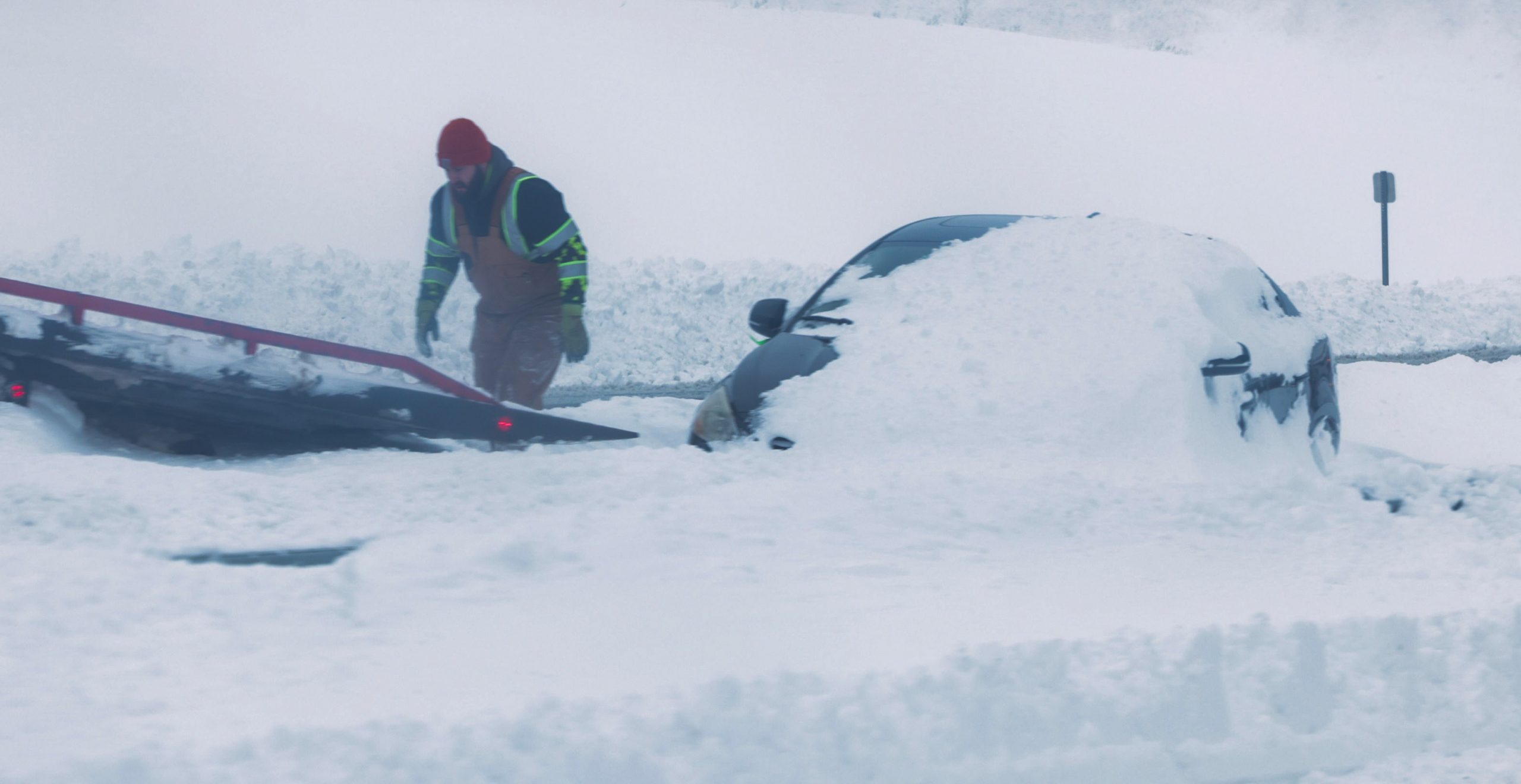 Due to frozen power substations, some residents are not expected to return to service until Tuesday, with one substation buried under 20 feet of snow, according to a senior county official.

To rescue people trapped in the snow in Buffalo, Gov. Kathy Hochul deployed the Erie County National Guard, where emergency services were nearly at a standstill. “The wind is so strong that the snow forms dunes. Ali Lawson, 34, who has lived in Buffalo for eight years,” commented yesterday.

Many thanks to members @tweet Posted in WNY this weekend who continue to help respond to storms. Here’s a look at one of their many passes @tweet pic.twitter.com/G5I9sHeIer

And according to Poweroutage.us, nearly 1.7 million customers nationwide were without power over the weekend. That number dropped dramatically Sunday night, though more than 70,000 customers are still in the dark in the American East. According to the NWS, temperatures in the central and eastern United States “should return to seasonal standards by midweek.”

The storm started as a rain event in Buffalo, where the city received 50 millimeters on Friday, breaking the previous daily record of 37 millimeters that had stood since 1878. As frigid Arctic air invaded, the rain changed to heavy snow on Friday morning.

Buffalo Airport recorded no visible visibility for nearly 16 straight hours, from Friday afternoon until the early hours of Christmas Eve. “One of the most intense and intense blizzards on record,” said meteorologist Reid Timmer amid the blizzard.

The Lake Division is still raging, but it is now south of the airport. Here is a view of our office with some nice snowy hills in the foreground. Many cars are still buried around the area. pic.twitter.com/owto22GbF6

Snow accumulation of more than a meter was observed at Buffalo Niagara International Airport, northwest of downtown. On Friday alone, the airport received 56.6 cm of snow, followed by another 45.4 cm on Christmas Eve.

The National Weather Service office in Buffalo posted an image to Twitter showing the huge piles of snow piled up outside the building, real ice dunes. “Many (many) cars are still buried around the area,” the post said.