A group of American researchers has found that the new Corona virus can infect the penis, testicles and prostate. The study was conducted with monkeys Rhesus and the same thing is believed to happen to humans.

According to the Northwestern University team, the study indicates that symptoms such as Erectile Dysfunction Reported by some patients Corona virus disease They can be caused directly by the virus, not the inflammation or fever that usually accompanies the disease.

Thomas Hope, lead author of the study and professor of cell biology and development at Northwestern Medical School in Chicago, said that while the study was based on results in only three monkeys, the results were consistent.

“We have seen full spread through the male reproductive system. We were surprised by this finding,” he told the New York Times.

The team does not know if the monkeys had symptoms corresponding to a viral infection of the male reproductive system, such as low testosterone levels, low sperm count, and pain or impotence.

Last year, researchers at the University of Miami were the first to demonstrate that the coronavirus can be present in penile tissues long after men have recovered from the infection and lead to erectile dysfunction.

Writing in the World Journal of Men’s Health, the team writes that COVID-19 infection can cause extensive vascular dysfunction, or endothelial dysfunction, which may contribute to erectile dysfunction. 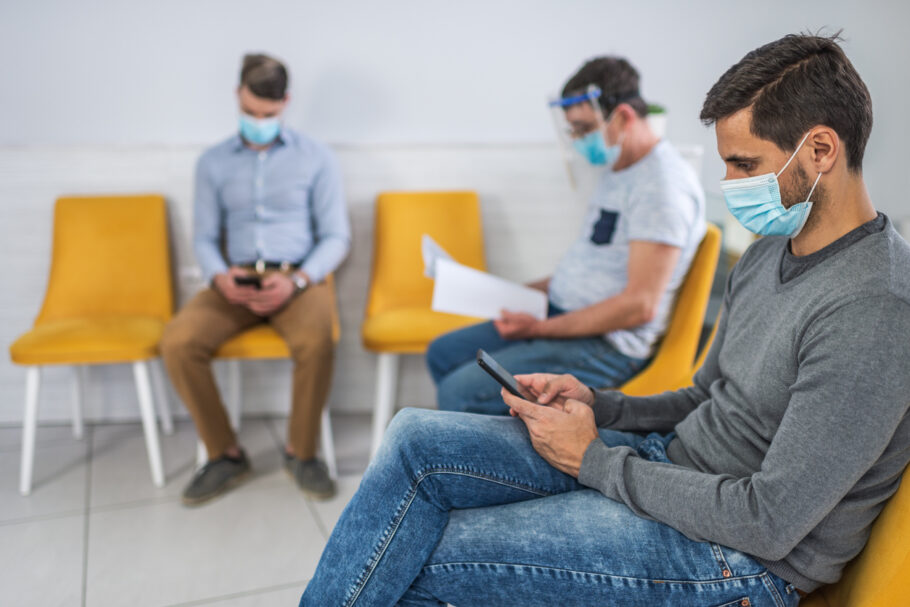 Credit: SanyaSM / istockOther studies have already indicated that COVID-19 can cause erectile dysfunction

Since then, several studies have reported that about 10-20% of men infected with the coronavirus have symptoms associated with impaired male reproductive system.