This text is the second in a series of reports on lithium and transport electrification. Learn more at the bottom of the page.

Brazil has the potential to establish itself among the world’s largest producers of lithium, an essential mineral for current batteries that power electric cars and make portable devices work. But for the activity to be carried out in a sustainable way, it is necessary to invest in research mapping to find out where available lithium is and to advance science to develop extraction techniques that reduce damage to the environment.

Data from the US Geological Survey (USGS) published in 2021 places Brazil at the top of the seventh largest known reserves of lithium in the world; 95 thousand tons can be exploited according to current technology and laws. The total resources of lithium in the country (which adds available reserves to the amount of the still inaccessible metal) is estimated at 470 thousand tons.

According to the USGS, Brazil was the world’s fifth largest metal producer in 2020, with an estimated production of 1900 tons. In the same year, Australia produced 40 thousand tons (1) and Chile 18 thousand tons (2).

“We need to improve our capacity, we can take better positions in the rankings because we have places with a lot of potential to explore for lithium,” says geologist Iona Kona, Head of Special Projects and Strategic Minerals at the Geological Survey of Brazil (SGB/CPRM).

Lithium is mined in Brazil in small and medium-sized quarries in Minas Gerais, mainly in the Valle de Jequitinonha, in the north-east of the state. While it is less harmful than large mines with tailings dams, there is always damage associated with extracting any ore.

According to mining engineer Luis Enrique Sanchez, a professor at the University of São Paulo Polytechnic (USP), the impacts depend on where the mine is located and what technologies the company uses. There may be deforestation in the area to enable activity, displace residents and generate dust, noise, and residues that can pollute nearby streams. 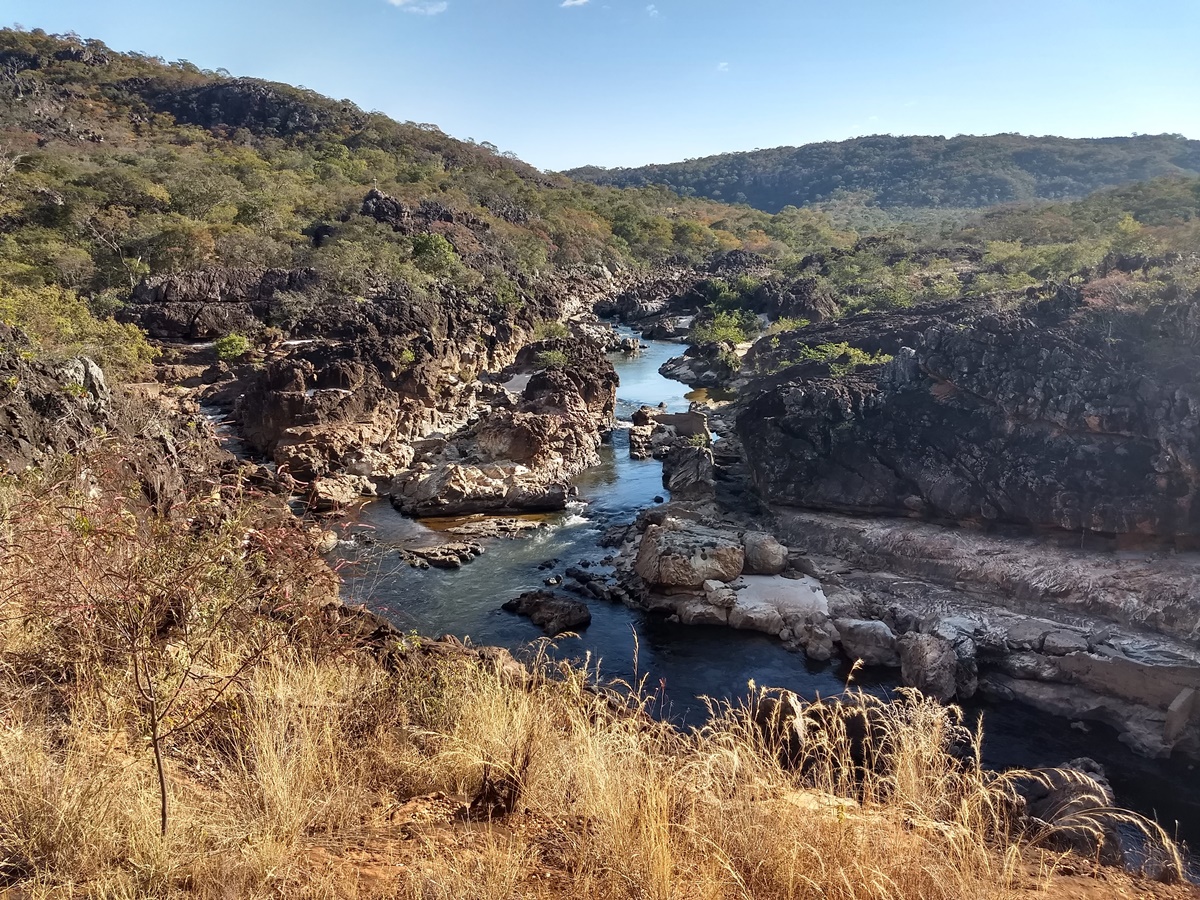 The Jequitinhonha River in a stretch running through Minas Gerais (Credit: Shutterstock)

Water use is another concern, as lithium is generally found in arid regions, where water availability tends to be critical.

“The impact is subtle and can be minimized through conscious and responsible actions by miners. When the activity is carried out responsibly, the damage is minimal, but when it is carried out without due diligence, problems can be serious,” says Konya, from SGB/CPRM. .

In Brazilian mines, rocks containing lithium are fractured by blasting or other mechanical methods. Reducing rocks undergo other processes (physical or chemical) until the material becomes the center of the mineral that can be used in industry.

“Blasting separates rocks that contain lithium, but the concentration of the metal at this point is still very low. The material must go through processes that increase the concentration of lithium relative to other minerals in the rock, such as quartz or feldspar,” explains Sanchez, of the University of the South Pacific. .

“The process starts in the mine, but there is a series of post-processing steps that take place at other facilities that are not yet in Brazil; Australia, the world’s largest lithium exporter, sends it to China to process the material, for example,” says Sanchez.

In the country, there are at least three mining companies with activities related to lithium exploration: Companhia Brasileira de Lítio (CBL), AMG Mineração and Sigma Lithium, which should start selling the center in 2022.

Sigma claims to produce “green lithium,” which has more sustainable processes in the chain, and is betting on the label to win the international market.

As a general rule, the lithium concentrate that companies sell is in the form of a granular compound that can have different sizes depending on the desired application. The focus goes through other processes before going to the batteries.

“The impact is subtle and can be minimized through conscious and responsible actions by mining companies. When the activity is carried out responsibly, the damage is minimal, but when it is carried out without due diligence, the problems can be serious” (Iuna Kona, Head of Special Projects and Minerals Strategy in the Geological Survey of Brazil)

Anna Cabral Gardner, co-CEO of Sigma, says the technology the company uses to reach concentration in a more sustainable way is not new, but has been perfected and adapted to separate and concentrate lithium without using acids that can contaminate it with soil and water around the production plant.

The executive says the method the company uses separates lithium by density, a process that relies on algorithms developed by the company itself. “In Brazil we have a lot of clean, renewable electricity, and the water we use can be reused. Our lithium is already known as green lithium for Brazil,” says Cabral Gardner.

There are still challenges to be overcome by Sigma, such as the diesel used by trucks that transport lithium and the disposal of waste, today’s dry stack – a safer and less environmentally friendly option than dams.

During the demo period, part of the Sigma process is underway in Canada, but the commercial plant, scheduled to start operating in 2022, will perform all phases in Brazil, the executive says. By the middle of this year, Sigma’s investment should reach R$1.2 billion.

Where is the lithium from Brazil?

SGB/CPRM is developing a project assessing the potential of lithium in Brazil. The initiative aims to provide an overview of the mineral’s presence in the country. In the first phase, the area investigated was the Jequitinhonha Valley, in the north-east of Minas Gerais, as today the main mining companies that produce lithium are located here.

According to Ioná Cunha, the second phase of the project, which was implemented in the states of Rio Grande do Norte and Paraíba, is being completed. In 2022, a new stage should begin in the state of Ceará. 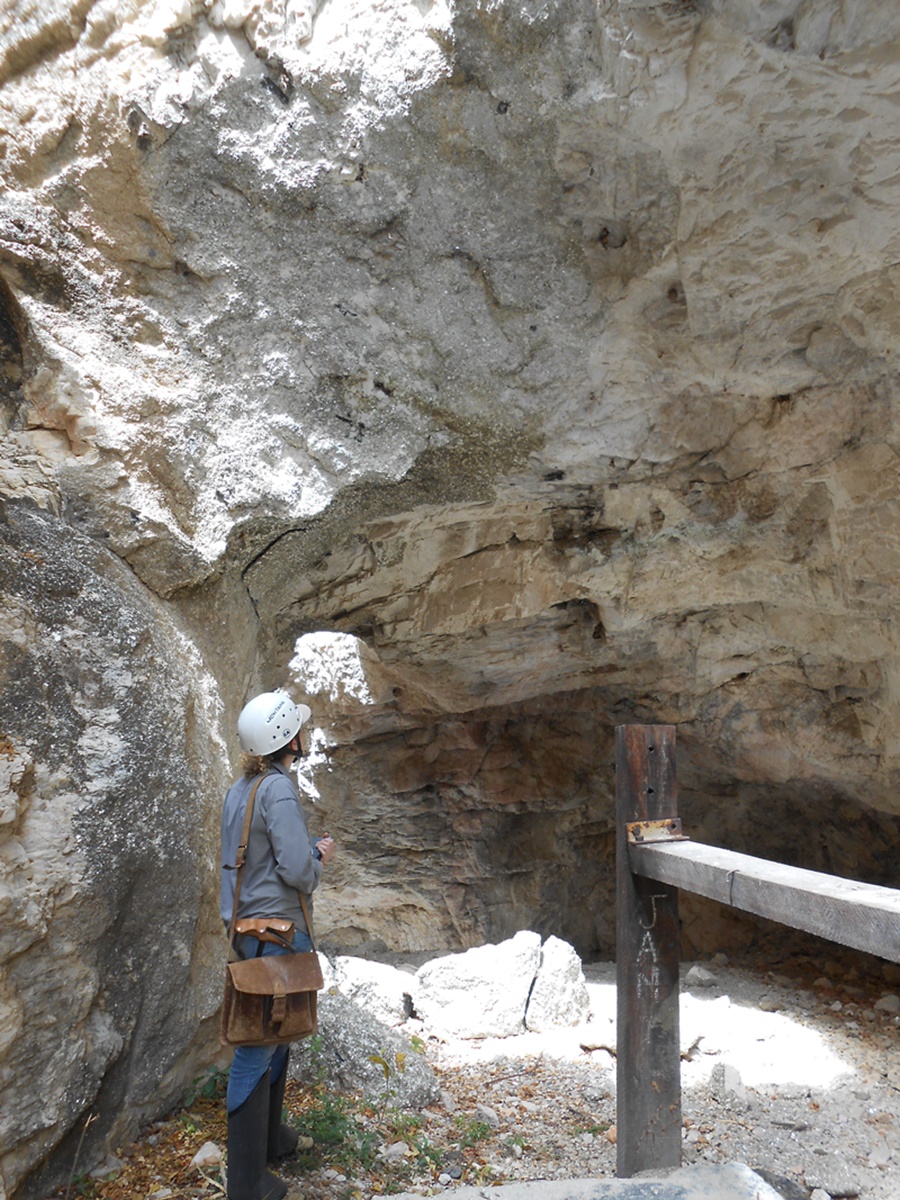 A researcher with the Geological Survey of Brazil in the pragmatic province of Porporima, between the states of Rio Grande do Norte and Pariba, during a survey assessing the country’s lithium potential

A researcher with the Geological Survey of Brazil in the pragmatic province of Porporima, between the states of Rio Grande do Norte and Pariba, during a survey assessing the country’s lithium potential

“The project proposal is to better understand already mineralized areas and discover new deposits, but to find out how much of the resource is there, we need a lot of study and research,” Cunha says.

The Ministry of Mines and Energy (MME) states that lithium is a strategic mineral for the country. According to the volume, the known amount of lithium in the Jequitinhonha Valley could indeed make Brazil one of the world’s largest producers of the metal in the medium term.

“With several research projects underway to increase the mineral potential of the region, projects implemented by Sigma and AMG Mineração, as well as the mine operated by Companhia Brasileira de Lítio (CBL), the country is experiencing a strong expansion of its production that should position it as a global exporter” , says the ministry via e-mail.

According to the Ministry of Environment and Minerals, the Secretariat of Geology, Mining and Mineral Conversion (SGM) has created an action plan for the minerals sector in the Mining and Development Program with goals to be achieved between 2020 and 2023; Determine the policy of minerals of strategic importance to the country, including lithium, in the plan.

The initiative also provides for the promotion of scientific procedures in the field of geology, technological development and regulation. The ministry did not explain the procedures.

For professionals, the promotion of research for technological development should guide this process.

The time between the discovery of lithium in one location and the start of production can be up to ten years. Once extracted, the challenge is to add value to the ore in stages that Brazil has not yet mastered and depends on investment and science to develop it.

“Will we be competitive? Or will we stick to our tradition of being a country that exports low-value-added ores?” (Paulo Braga, researcher and deputy director of the Center for Mineral Technology – Cetem)

The Ministry of Municipality and Environment says the government is working on measures and policies to add value to ore and generate products as a way to attract investment in the next links in the industrial lithium chain, but experts who have heard from TecMundo say there is a long way to go for Brazil, it can progress in processing lithium in land National before gaining importance in the international market, especially in the battery market, which is more in demand regarding the purity of the lithium you buy.

“There has been development in the past five years, but it is still a short time. We need technology to make operations costs sustainable,” says chemical engineer Paolo Braga, researcher and deputy director of the Center for Metallurgical Technology (Cetem), associated with the Ministry of Science, Technology and Innovation (MCTI). ).

One of the lead researchers on the topic in the country, Braga knows firsthand how lithium is produced elsewhere and says he sees some lag in Brazil in relation to its main competitors in this market.

“Will we be able to compete? Or will we stick to our tradition of being a low-value-added exporter?”

The development of the country’s lithium chain could have a special economic and social impact in Vale do Jequitinhonha, one of the poorest regions in Brazil.

Following the companies that settled there, technical schools and the Federal University of Vales do Jequitinhonha and Mucuri were implemented, with courses aimed at training mining professionals.

“Activity brings social improvements. Even if the volume of jobs directly created is not large, there are benefits for other areas, such as trade and transport,” says Braga.

For Cabral-Gardner, of Sigma, Brazil has the potential to become a supplier of international standing, still attracting other advantages in the aftermath. “It’s an opportunity we have for development in the Jequitenhauha valley,” he concludes.

This work was made possible by a grant for the production of journalistic work on scientific topics, provided by the Gabo Foundation and the Instituto Serapellera, with the support of the UNESCO Regional Science Office for Latin America and the Caribbean.

Read other texts in the series