Thalita Pertuzatti has already tried to commit suicide more than once, but in 2008, when she was only 19 years old, she almost succeeded. After an overdose of medication, she spent days in the hospital, and when she woke up, she said she didn’t even know who he was.

The singer, who at that time had already been chosen to participate in the Raul Gilles program, lived at that time the realization of a dream, but could not fulfill it.

Today, after more than 15 years living from her work, during which she was recognized as the “Brazilian Whitney Houston”, she shares it with Universe I also did to put away the triggers and realize that while life is hard, happiness doesn’t require much.

Depression is a silent disease. While for many people it has no reason to exist, for those who pass by, it is a cry. You desperately want to live, but you do not know how, and in this despair you are trying to die. It is a way to solve problems even if that is not how we solve any problem.

I have to make one Song About that and I silently recorded her entire clip because in depression it’s like you’re underwater, everyone can see you but no one can hear you. Everyone knows that you are desperate, and you are close to death, but it seems that no one can help you.

I highlighted this story in my post on The musical “shine”, at the director’s suggestion that the actresses tell their own stories, and I had no problem talking about them. I thought there might be someone in the audience facing the same situation, and by listening to me, that person would know it was possible to get out of it.

But every time I tell my story and think that if I had committed suicide I might not be here singing, I cry. Hell, I may not be here now.

I can’t say exactly when it all started. In my teens, emotional issues were a valve for me to start thinking about suicide. I’ve already made several attempts, but in 2008, when I was 19, I almost succeeded.

I fought with my ex for a ridiculous reason. We used to keep the key hidden in a tube so my mom could enter our house, and after a while the key slipped inside and no one could find it anymore. Because of that, one day he arrived fighting with me, wanting to know where the key was and I immediately thought: “Is this life?”

“I was unconscious for days”

All I know is that I actually called my mother with the intention of committing suicide. In the conversation, I hid it by saying that everything was fine, but I don’t know what word I said that made her understand the tone. It’s amazing how Mom and Dad relate this connection to us, in short, they realized that something was wrong.

My parents live in Saljero, an area of ​​Rio de Janeiro where there are no buses at dawn. When it was late, I thought they couldn’t do anything. She wrote a letter, put it on the table, took a batch of medicine and went to sleep.

After that, I just remember being on my father’s shoulder, patting his back. The two ran to help me, and arrived in time to take me to the hospital to take a shower. I was unconscious for several days, and when I woke up, I didn’t even know who I was.

And the craziest thing is that at that time I was experiencing the happiest moment of my life. I just fulfilled the dream of going to the Raoul Gil Show, something I’ve wanted since my teens. I remember when I got out of the hospital, my mother turned on the TV and said, “Look, daughter, it’s you in Raoul Gil.” And I just thought, “Wow, that girl is beautiful.” It was like it wasn’t me.

When I think about everything that happened, I cry, I feel emotional, but it’s not because of the pain. It’s a ‘damn,’ feeling that could have been completely different. I cry because it was so close, my mother may not have arrived. The doctors even said I was about to leave.

At the time I didn’t understand that no matter what the problem is, the important thing is to be alive with the one you love. It happens that when we are in depression, the impression is that the problems are all we have. And as far as people trying to talk, it really does sound like it’s underwater. It’s very hard for anyone to hear us.

“You need to get away from the triggers”

At that time, I received care, they treated me, and I got psychiatric help. I see some people complaining that the doctors say nothing, but I know you need to say something. Sometimes the triggers came, and the thoughts came back (“Let’s solve this easier?”).

When I broke up a second time, for example, it was a very painful and difficult process, and thoughts came. I was able to push them away thinking that I had reasons to live and that I actually existed before I met this person. This has become my language. If someone thinks that life is over, I say: “Honey, I existed before this.”

Throughout this process, music has been in my life. I’ve been singing since I was two, my sister too and we’ve always dreamed of recording an album. When I turned 17 I went through a racist episode, I went for a birthday and my ex-husband’s niece started saying she wouldn’t play with me because I was black. I remember going to the bathroom and starting to cry and thought that at 18, no one would stop me. And that was exactly when I went to Raul Gil.

I used to work as a cashier in a restaurant, I lived singing, and everyone said I had a talent for singing. One day we were watching TV, and after a girl gave the shows, they gave the address to anyone who wanted to sign up. At the time I thought he was talking to me directly, I turned around, “Did you see it, call me Raul, did you see it?”

I got into a trance, went to the Internet cafe during the break, typed the address, took money from the bills for the whole month and was gone. My sister and I take snacks from Empadinha, Milleupum and Guaravita for the trip.

After that, I did not stop. It was the year she sang on the show until winning the Raul Gil contest. In 2012, I participated in “The Voice Brasil” and it was interesting to live this experience doing a program where we did a live show. Reality shows don’t get a chance to make a new take. It was a great experience that added a lot to my career, increased my salary and it was very good. Who wouldn’t want to be a finalist on The Voice Brasil? It’s a title that bestows prestige wherever we go.

Then she entered the world of musicals, participating in “The Sound of Motown” in 2009, which was a success, and in 2016 she began to sing for Whitney Houston. I knew all about her, but I never thought I’d be able to sing something from an artist I love so much.

It’s been a year of performing with her songs until she debuted with “Whitney Houston Forever,” and today, with so much talk about her voice, I sometimes believe it. On Rodrigo Farrow’s program, I was recognized with the nickname “Brazilian Whitney Houston”. There they gave my whole life and showed who this person was on stage.

This is also what moves me, to make people see that life is not easy. Sometimes we get into a whirlwind of feelings and anxiety to get over things that will go away the next day. We all have our wounds and have to treat them, but today I’m sure we only need the basics to be happy. So you don’t need much.

Singer Thalita Bertozzati, 33, has participated in the musicals “The Sound of Motown” and “Whitney Houston Forever”, with which she will return to the stage in December. 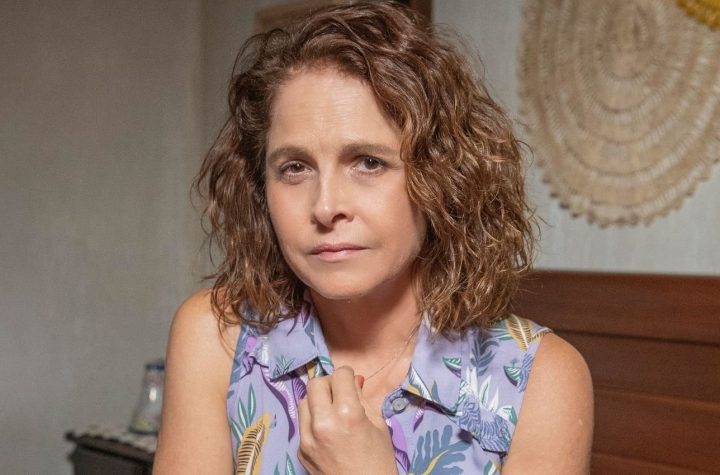