State Deputy Elected by MDB and Deputy Governor Jose Wanderlei Nieto – Dr. Wanderley thanked yesterday for the 43,512 votes he received on Sunday, making him 9th in voting in the state and 7th in the party, with votes cast in all Alagoas municipalities. He attributed this victory to his history of struggles in defense of SUS and the support and participation of friends and followers.

For him, “No one is a candidate for himself, but for an idea and for people. We have always been involved in advocating for social causes and people who need medical care, especially cardiac care, and today we see it necessary to revise this model of care.”

For him, “SUS needs to be re-established,” because it does not provide an agile and effective service for people with chronic infectious and degenerative diseases, especially cardiology and oncology. 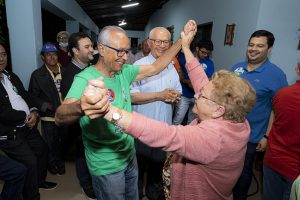 – We know – he said – that 92% of Alagoas rely solely on SUS for health care. This indicates that it is necessary to discuss the problem and look for solutions. I intend to bring the matter up to the Legislative Assembly and to dialogue with my colleagues in the future to formulate forwardable proposals to improve SUS.

José Wanderlei highlighted that it is through politics that solutions can be sought and that is why he decided to run for the legislative elections. “It was a project for us, for example, that led to the creation of Casa do Coraçãozinho, which today serves children with heart problems. And it was another project, also ours, that led to the creation of Professor Adib Gatine Heart Hospital, the third of its kind. in the North/Northeast which we intend to become a national reference.”

– Both projects became possible by a political decision. It is good and healthy policy. He said that in this policy we will seek to promote and improve public health. 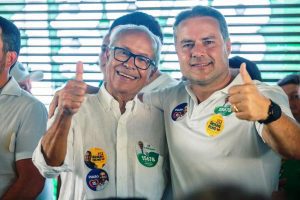 In this regard, he highlights the engagement of then-Governor Renan Filho (MDB), the newly elected Senator of the Republic, “for the sensitivity of understanding how important it is to make cardiac care possible for our children and to build an institution the size of Professor Adib Gatine’s Hospital.” It also highlights the commitment of Governor Paulo Dantas (MDB) and Health Minister Gustavo Pontes de Miranda, are accelerating the completion of the hospital to provide care as quickly as possible to the residents.

In order to continue these two achievements – and others – he said he has great confidence in the re-election of Governor Paulo Dantas (MDB), “who has already shown great sensitivity in solving health problems”, with special attention given to the sector. “What has been done well so far, and there is a lot, must continue,” he said. 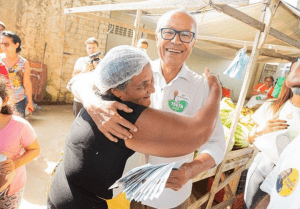 Jose Wanderlei believes that Paulo has a high chance of winning again in the second round (in the first round he received 46.64% of the vote against 26.79% of Senator Rodrigo Cunha (Unía Brasil), his main opponent).

He continued, “Now that the first round is over, it’s time to go back to the real world and listen to the people. There is no point in staying in promises, personal attacks and crimes. The important thing is to focus on the work that has already been proven and the ability to do more important work in the future, And not to allow setbacks to happen. That’s why Renan Filho was elected and that’s why I believe in the re-election of Paulo Dantas.

Dr. Wanderley ensured that the commitments made in the campaign would be preserved and fulfilled, “because I realize that, since I have not been alone on this journey, I will continue to count on the support and participation of the people in the struggle for the best for the Jawas.”