Service stations in Cuiaba, every day, lower the price of ethanol at the pumps. Fierce competition and the “desperation” of some entrepreneurs to improve sales cause many merchants to operate with almost no profit margin on this fuel. According to Claudeson Martins Alves, gas station owner and director of Sindipetróleo, the sector’s income has fallen and the attempt to attract more consumers has made competition fierce.

“The section is hopeless. The men are less [preços] to increase and not increase sales; It is really competition, they are killing each other and operating without margin,” he said. Asked whether the lower prices, especially in the case of ethanol, were due to direct purchase already permitted from factories, Alves denied and said that, in this case, “ The difference is small, only 0.05 BRL per liter and it does not pay off; they are [postos] Business without margin ”, he says. About gasoline and diesel, which are also with lower prices, Claudison was categorical: “It really is desperation. In Cuiabá and VG, there are no stations that make a profit,” he said.

Explain the logic of competition. The man has a gas station of 200,000 liters, he lowers the price and sells one million liters and makes a profit.. What happens? 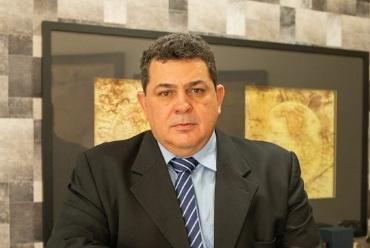 It goes down and down and everyone dies, that is, it goes back to selling the 100,000 liters it was selling with little or no profit. This is what is happening today.”

The MT government, just over two months ago, lowered the ICMS rate from 23% to 11.9% on gasoline. In ethanol – which was 14% – it rose to 9.3%. This action was taken as a result of federal law that set the tax at 17% in the states. Previously, every country could freely ship. In MT, gasoline paid 25% ICMS. At the federal level, the government has reduced taxes to zero within its jurisdiction.

The sharp rise in fuel prices at the end of the epidemic peak was underlined by the successive increases practiced by Petrobras, following the fluctuations in exchange rates and oil prices in the international market. Oil-producing countries, in order to restore the pent-up demand for the notorious “stay at home”, reduced their production, which led to a certain scarcity. The law of supply and demand has raised prices like never before. A liter of gasoline in Cuiaba was R$8.00 last year. Today, it is already possible to find about 4.90 RRL, which is the same value as in April last year. Ethanol has fallen further and is now around R$ 3.30.

The leader says that in addition to competition, the declines are also due to tax cuts. On the other hand, the trend, he says, is for prices to rise in the coming days, as the commodity tends to go higher abroad.

In an article published this Friday, in MT . reporterClaudison points out, “Less taxes, more fuel in tanks and a hotter economy, as the citizen who owns a car feels less burdened on the budget and there is money left for the family to implement expenses, such as free time that has been crossed off the list of priorities in the face of the crisis.”