according to Weekly Bulletin For NOAA analysis and monitoring, the anomalous sea surface temperature in the central tropical Pacific, the so-called Niño 3.4 region, is -1.1 °C, the lowest since the onset of the current La Niña event. This is the area of ​​the ocean designated not only to determine if there is an El Niño or La Niña but its intensity. The value of -1.1 °C lies in the moderate intensity range from -1.0 °C to -1.4 °C.

In contrast, the Niño 1 + 2 region in the eastern equatorial Pacific, along the coasts of Peru and Ecuador, displays a sea surface temperature anomaly of -0.6 °C, and thus within a low intensity interval of -0.5 °C to -0.9 °C. This specific region of the Pacific Ocean, which tends to be highly volatile in temperature fluctuations, is closely watched by meteorologists due to its greater correlation with rainfall indices in southern Brazil, particularly in Rio Grande do Sul. 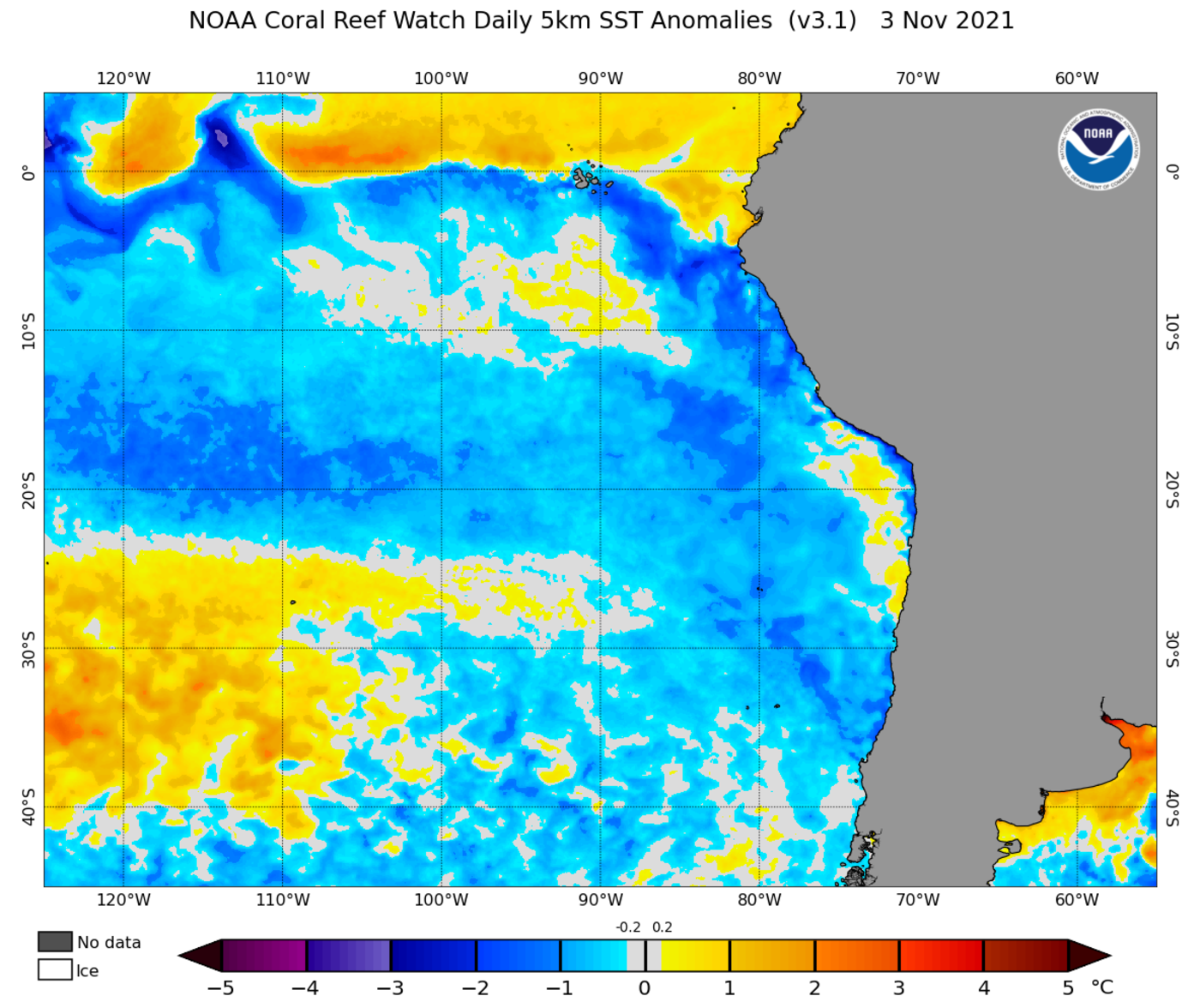 a The trend is for the La Niña phenomenon to continue over the coming months. NOAA and Columbia University probability forecasts continue to point to our summer climate, during the December-February quarter, which is an 87% chance of a La Niña in the Pacific. The current event of the phenomenon will continue until the fall with a tendency for the water temperature to rise further in the winter of 2022, which is not yet known, and which may or may not lead to El Niño in the second half of next year.

La Niña brings more erratic rainfall in southern Brazil and Increases the risk of drought between late spring and early fall, but that does not mean that it will stop raining. There is an increased likelihood that precipitation will be below average, and also that rain, which is irregular in nature in the hot season, becomes more distributed. Watch what happened yesterday in southern Rio Grande do Sul with 130mm of rain in some areas and not even 5mm of rain nearby.

a MetSul has for months been anticipating its concerns about the potential effects of rain shortages for the Rio Grande do Sul maize crop. At the end of this year and the beginning of 2022. It follows the understanding of our meteorologists that areas that may be most affected by the scarcity of precipitation in the coming months include central Argentina (the core region), Uruguay and Rio Grande do Sul, especially west and south of Rio Grande do Sul. In Argentina, the risk of summer crop failure is quite high.