lava old summit This Tuesday (28) touched the Atlantic Sea, the Volcanic Institute of the Canary Islands (Involcan) reported in a statement. volcano broke out on sunday (19) It has since left a trail of devastation in the Spanish archipelago.

Experts warn that the rapid cooling of lava when it comes into contact with ocean water is worrisome, Because it can release toxic gases, loaded with hydrochloric acid. So far, no deaths or injuries have been recorded due to volcanic activity on the island.

According to the Civil Defense, more than 6,000 people had to leave their homes. More than 600 buildings, as well as about 20 km of streets and roads were affected by the lava flow for ten days. Drone photos reveal the devastation of the island (see video below).

Earlier, the government Spain He declared the area of ​​the eruption on the island of La Palma, in the Canary Islands, a “disaster area”. Housing and assistance for the displaced.

The Spanish National Geographic Institute (IGN) has again issued a warning of new eruptions after the Cumbre Vieja volcano reduced its activity on Monday (27). According to the Spanish government agency, the ash cloud reached 7000 meters.

“IGN continues to monitor activity and has strengthened its presence on the island,” the institute said in a statement.

The Canary Islands is a Spanish territory in the Atlantic Ocean, an archipelago made up of eight islands. La Palma is one of them and has a population of about 83,000.

See where the volcano is located – Photo: Art G1 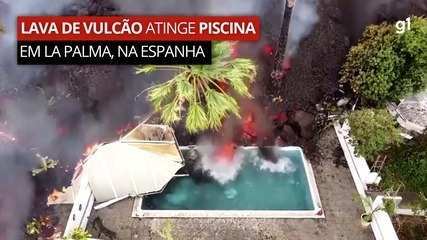 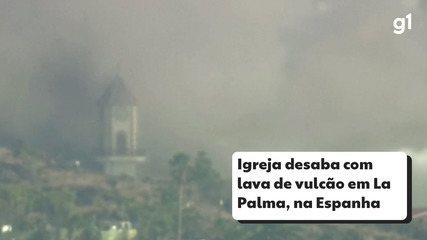 Church collapse due to lava from a volcano in La Palma 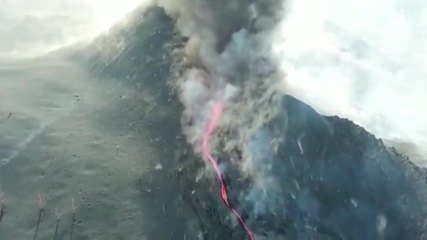 Volcano in the Canary Islands