son of the singer Marilia MendoncaLittle Leo, just two years old, the singer’s sole heir, impressed fans when he appeared with the songwriter’s uncle in his arms, little Laurenha. The boy is the result of the artist’s previous relationship with the singer Murillo Hoff. In the photo, the babies are shown together and the baby, who was six months old at the time, appears to be snuggled up on the little one’s lap.

The beautiful and touching picture was circulated on the social networking sites of the widow of the uncle and the advisor of Sartaniga, Nayyara Souza. In a caption to the photo, she wrote: “One year ago …”, she recalls. Abicieli Silveira Dias Filho, Nayara’s husband, was the uncle and advisor to the Eternal Queen of Sofrência. He followed his niece from the start of her career and was one of her greatest supporters.

Silvera, as he was known, left the woman he had been married to for 4 years and a little daughter who was only six months old. A few days after the accident in November of last year that prematurely took away the counselor and singer Marilia MendoncaThe widow and wife of the artist’s uncle gave a beautiful tribute to her husband, with a photo of them next to Marilia.

Commenting on the post, Nayyara lamented. “Sorrow has taken over my world and longing is beating strong in my heart. I will always remember you. Thank you dear for all the love, affection and care. I was so happy by your side, and we had the greatest gift, our little baby. Marilia, you were an angel in my life and everyone around you. Thank you for Welcome me into your family with open arms. Thank you for all the love. Thank you for everything! I will love you forever. Rest in peace,” wrote Uncle’s ex-wife Marilia Mendonca.

In the tribute, Nayara showed some emotional notes her husband left her under her pillow, before she traveled on business with her niece. “He always liked to leave a note for me under his pillow. Those among other things… I kept them all. I will love you forever,” she concluded, being very sentimental. 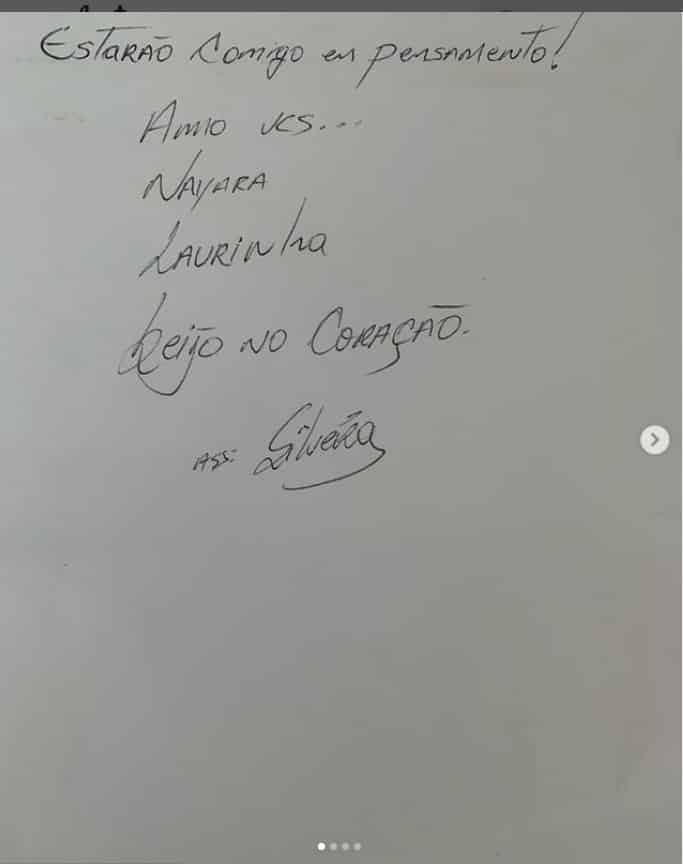