A spokesman for the Interim Presidency of Mercosur announced on Wednesday (20) that the governments of Argentina, Brazil, Paraguay and Uruguay have denied Ukrainian President Volodymyr Zelensky has a chance to address the summit Next Thursday (21st).

“There was no consensus. It was reported to the Ukrainian ambassador to Argentina, who is in Paraguay,” Raul Cano, Paraguay’s deputy foreign minister, said at a press conference on Wednesday.

Founded in 1991, Mercosur is the main integration block in South America, with partners Argentina, Brazil, Paraguay and Uruguay.

Paraguay’s Foreign Minister, Julio Areola, announced the conclusion of negotiations on a “state of the art” agreement between Mercosur and Singapore during the bloc’s regular meeting in Asuncion.

“We have concluded negotiations for a state-of-the-art agreement with Singapore that would broaden the trade horizon with Southeast Asia,” the Paraguayan minister declared in a letter to his counterparts in the bloc.


Areola said Singapore is an important trade and investment ally of Mercosur. In 2021, the bloc’s exports to that country amounted to $5.92 billion, while imports totaled $1.25 billion, according to the bloc’s data.

Brazilian Foreign Minister Carlos Alberto Franca described the agreement reached as “important”, “the first with Southeast Asia and the most dynamic in the world”.

After Pelosi’s visit, US lawmakers arrive in Taiwan amid tensions with China | Globalism 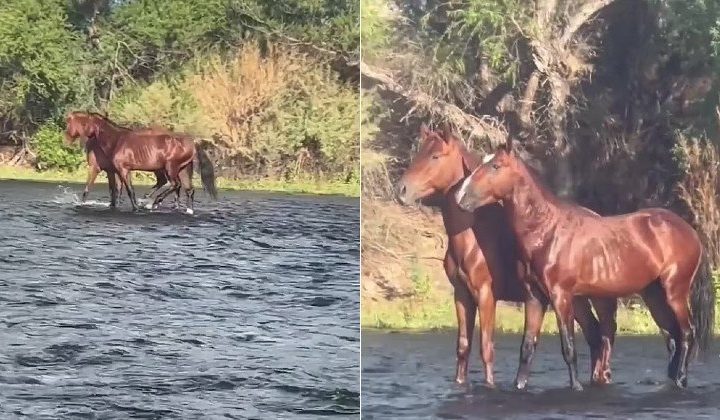 What is this magic? Video showing horses floating on water