I couldn’t see Brazil, but the first and the last total solar eclipse The year 2021 happened in the early hours of last Saturday (4). The phenomenon, this time, can only be seen from one point on the planet: Antarctica.

The continent was almost uninhabited, and was the only one in the world where a complete solar eclipse could be seen. US space agency NASA Follow everything and even stream it live on YouTube to the rest of the world.

The partial phase of the eclipse began at 4:00 a.m. (GMT) and reached its full phase at 4:44 a.m., according to NASA. The sun was completely obscured by the moon for only two minutes, and by 5:06 a.m. the day was back to shine naturally.

It should be noted that in some regions of Antarctica, at this time of year, the sun never sets; And that the continent does not have specific time zones – by default, the time zone of New Zealand is used there, that is, 16 hours ahead of Brasilia time.

Researchers Theo Burris and Christian Lockwood captured live images of the eclipse transmitted by NASA, from the JM Pasachoff Expedition, located at an observation point on Union Glacier, in the Ellsworth Mountains, on the frozen continent.

Outside of Antarctica, the eclipse was partially visible in some regions of the Southern Hemisphere, such as Saint Helena, Namibia, Lesotho, South Africa, South Georgia, the South Sandwich Islands, Crozet Islands, Falkland Islands, Chile, New Zealand and Australia.

There were also people who had flown over Antarctica at the time of the eclipse. According to Forbes, two flights covered the extent and duration of the eclipse, one departing from Santiago, Chile, and the other from Melbourne, Australia. Tickets cost from $6,500 (about R$36,700 at current prices) to $9,100 ($51,415).

Give International Space StationCosmonaut Pyotr Dubrov could not see the eclipse itself, but he took pictures of the moment when the moon’s shadow was projected over Earth’s south pole. The Russian space agency Roscosmos published the photos No Twitter.

Pictures from the only total solar eclipse in 2021 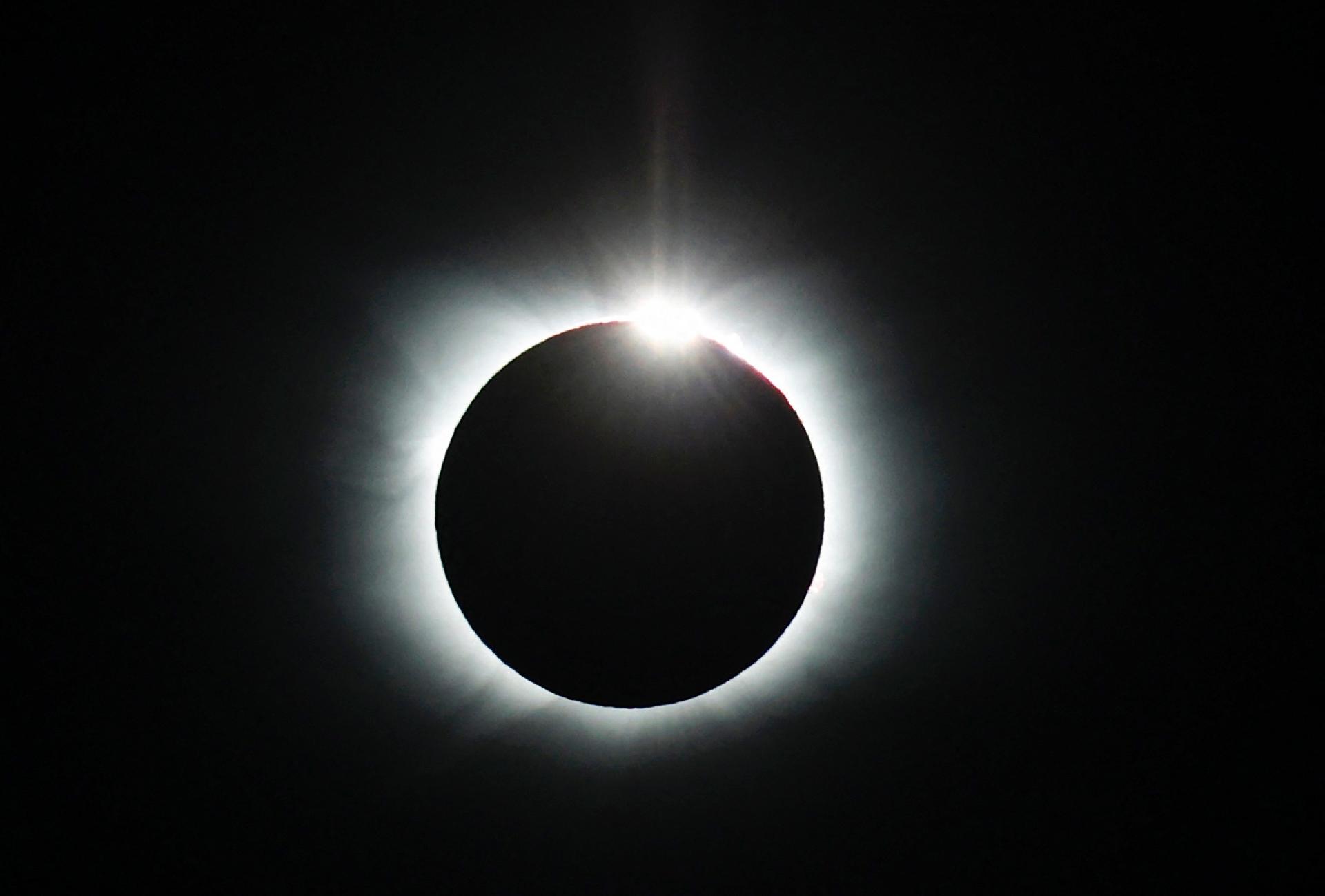 A view of the total solar eclipse from the Union Glacier by Chile Station in Antarctica. 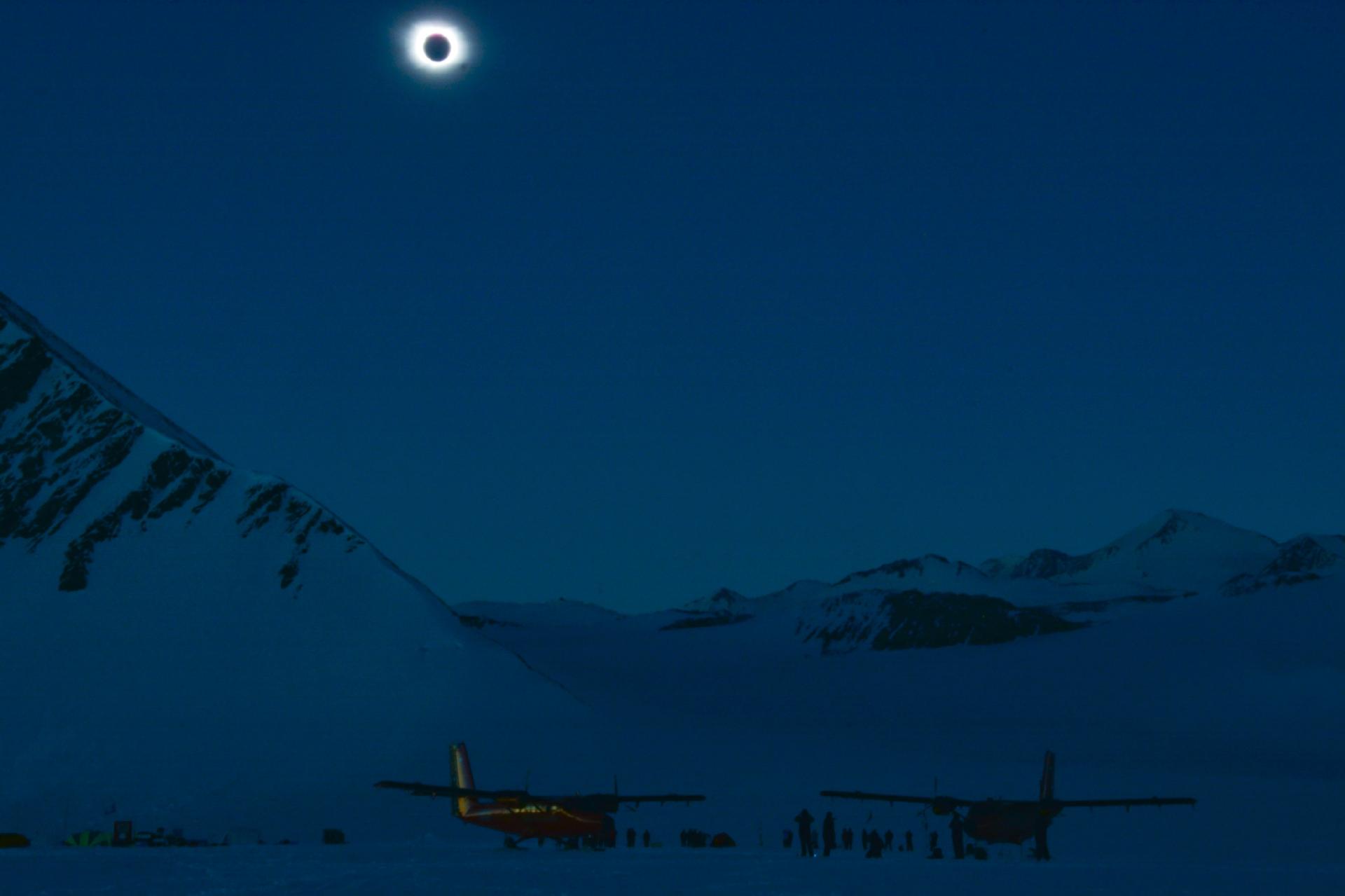 Photo of the solar eclipse issued by the Chilean Air Force, which operates one of the science bases in Antarctica 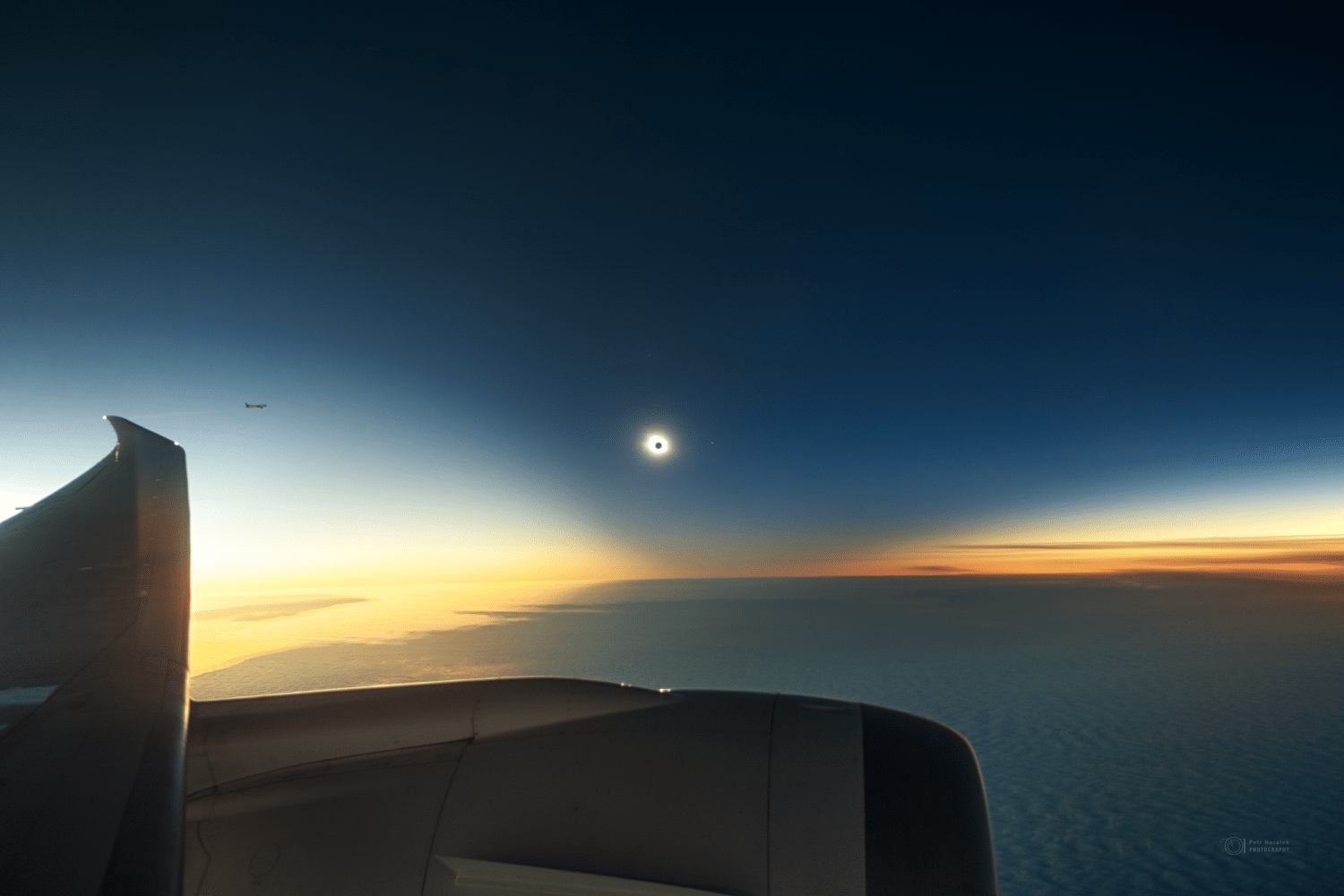 Eclipse from an airplane window over Weddell Sea, part of the Southern Ocean 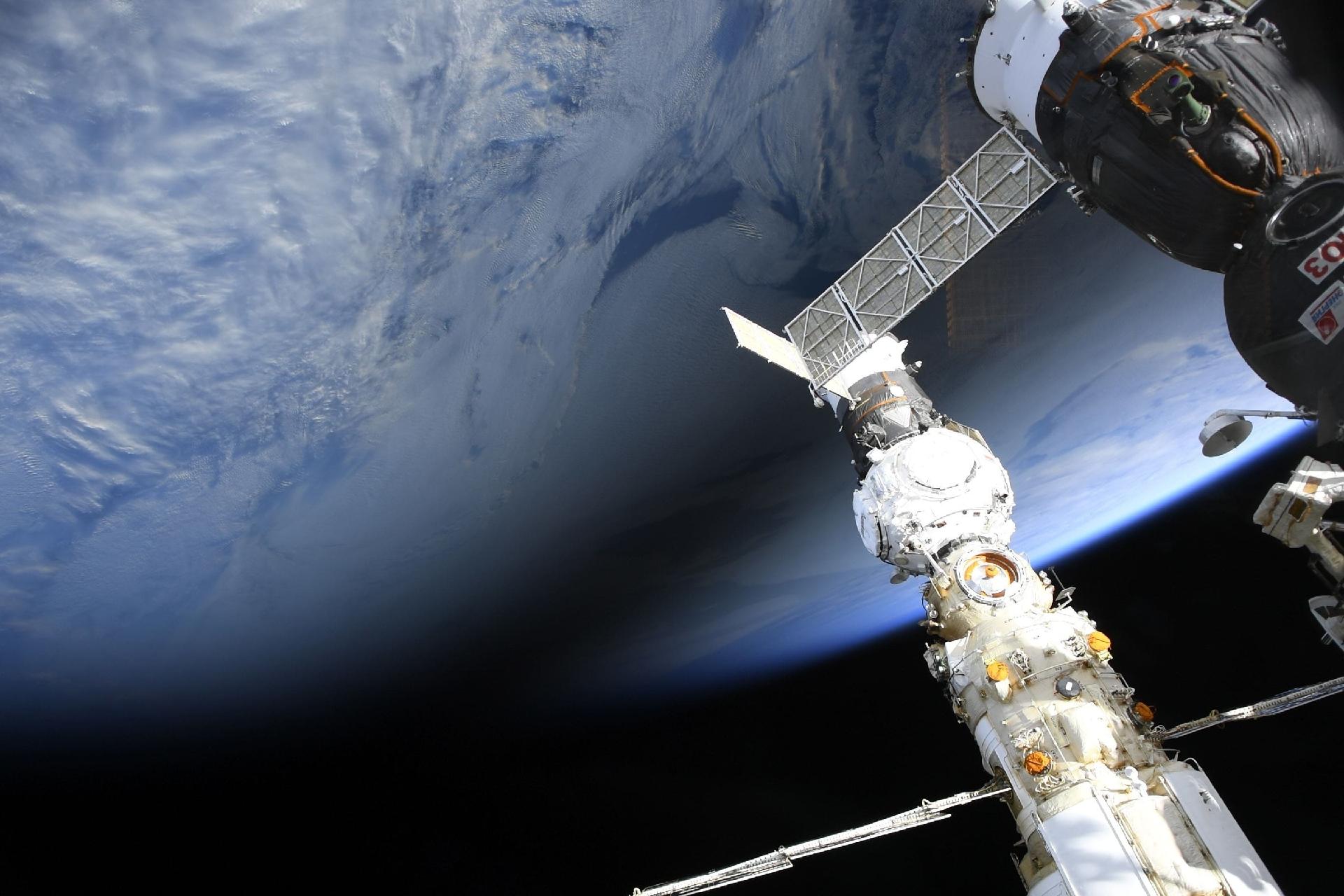 Moon’s shadow cast on Earth during a solar eclipse, seen from the International Space Station 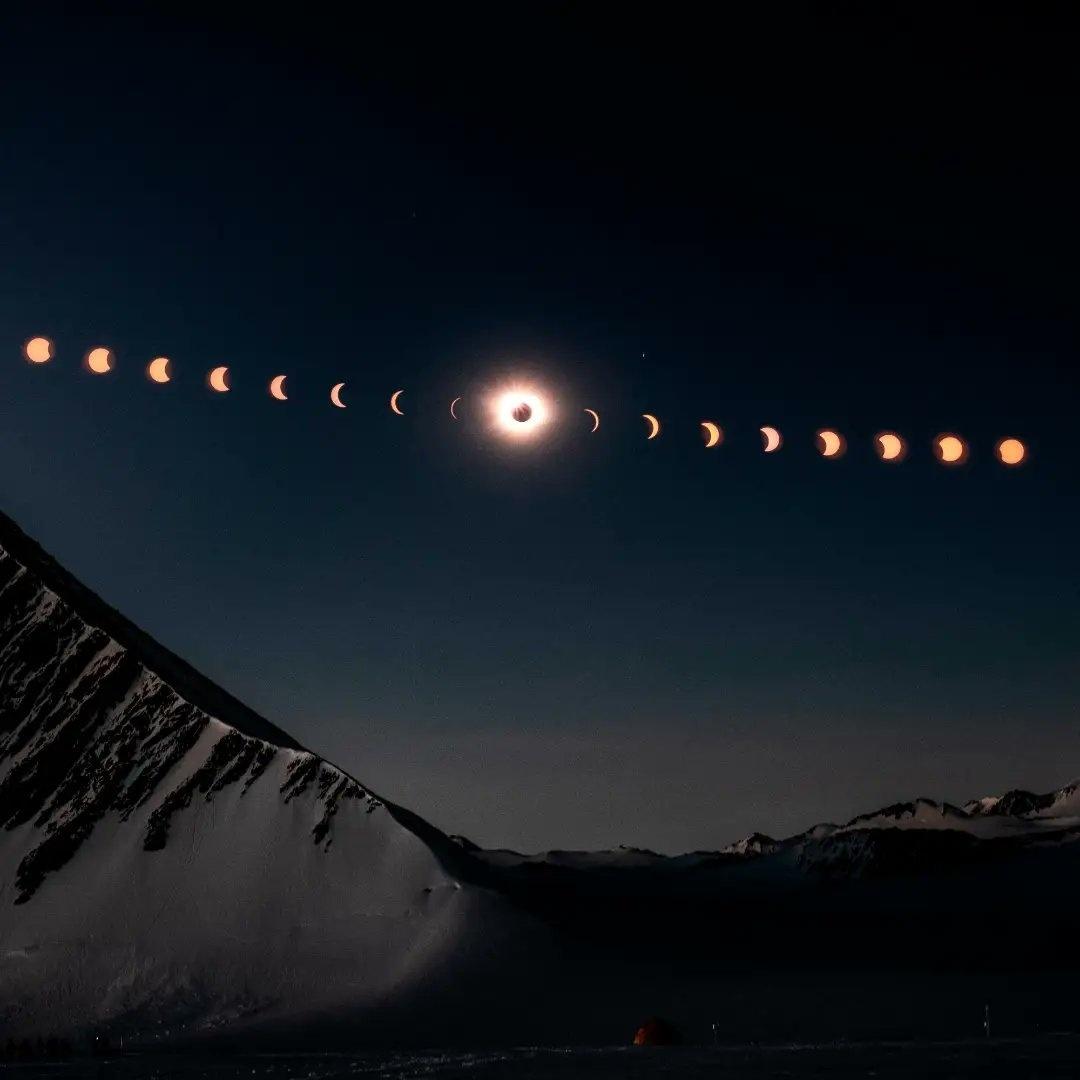 As NASA explains, a solar eclipse occurs when the Moon is located between the Sun and the Earth, casting a shadow on the planet and completely or partially blocking sunlight in some areas.

“In order for a total solar eclipse to occur, the sun, moon and Earth must be aligned. Residents of the area in the middle of the moon’s shadow, when it hits the Earth, will see a total eclipse. The sky will be very dark, as if it is dawn or dusk. Weather permitting, people present can On the way to a total solar eclipse see the sun’s corona, or its outer shell, which is usually obscured by the bright side of the star.” on its website.

The next solar eclipse is expected on April 30, 2022, and can be seen over the southeastern part of the Pacific Ocean and parts of South America. Then we’ll have another eclipse on October 25, 2022, and it can be seen in parts of Europe, northeastern Africa, and Asia. West and Middle East.

However, these two eclipses will be partial solar eclipses, when the moon covers only part of the sun, and the next total solar eclipse is expected only in 2023, and can be seen in parts of North and Central America.

*With information from the BBC