After three cases of influenza A (H3N2) were confirmed, in Palmas, the State Department of Health (SES-TO) issued a warning to other municipalities to increase prevention and control measures for this disease. In a document sent to 139 municipalities, the department reported seasonal flu cases in the state and drew managers’ attention to the high incidence of the rainy season. Alert due to outbreaks of disease occurring in other countries that could cause overcrowding in health units.

SES-TO technicians enhance prevention measures for the most vulnerable groups such as the elderly, children, pregnant women, and people with certain comorbidities, who may be more likely to develop complications from the disease, and the best way to prevent is with annual vaccination.

The epidemic scenario of influenza in the state of Tocantins did not have any confirmed cases until the end of December 2021. However, in the epidemiological week 51, three cases of influenza A (H3N2) were confirmed, in the municipality of Palmas: 1 case with a travel history to the state of São Paulo, and 01 case of family association with the previous case and 01 case under investigation.

SES-TO’s Director of Infectious Diseases, Rhonner Uchôa reiterates the alert to health service professionals to be alert to monitoring for potential influenza/influenza cases in individuals of all ages, especially those showing signs of disease exacerbation. “All patients with influenza syndrome (GS) who have conditions/risk factors should be directed to return to the health service for a review of the clinical picture, when they should be re-evaluated according to the criteria for severe acute respiratory syndrome (SRAG) or other signs of exacerbation,” he said.

The director of the Central Laboratory of Public Health of Tocantins (Lacen / TO), Jucimária Dantas, explains that in accordance with the recommendations of the Ministry of Health (MS), influenza screening is carried out by RT-PCR – respiratory virus panel, exclusively in samples from hospitalized SARS patients. (severe acute respiratory syndrome). “Another method of virological cycle monitoring is to select/collect five weekly samples of GS (influenza syndrome) cases treated in the two sentinel units of the state of Tocantins – UPA (Emergency Service Unit) North and South, in Palmas municipality.”

Roner Ochoa also reported that there is no indication that the vaccine is used as a blockade of the vaccine for contacts with influenza cases, and that since July 2021 it has been released to the general population and is available in essential health units.

• Use disposable tissues for nasal hygiene.

• Cover your nose and mouth when sneezing or coughing.

• Sanitize your hands after coughing or sneezing. In the absence of soap and water, use alcohol gel;

• do not share items of personal use, such as cutlery, plates, cups or bottles;

• Always use the respiratory label.

• Avoid close contact with people who show signs or symptoms of influenza.

• Avoid leaving the house during the transmission period. 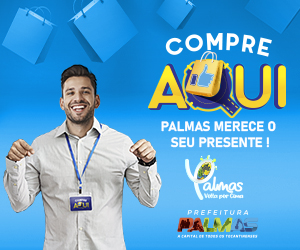