In this week’s edition we commented on the global launch of the Redmi Note 11 line, tests with Dimensity 9000 showing promising results, Realme 9 Pro line with 5G and new details, Galaxy Unpacked with a date set by Samsung to show the Galaxy S22, iPhone 14 and iPhone 15 rumors, and the image The first and details of the Motorola Frontier.


Xiaomi introduced this last Wednesday Global version of the Redmi Note 11 linewhich comes with four models to cover from a price range of $180 to $380.

The Redmi Note 11 and Note 11S are very similar, offering a 90 Hz Full HD AMOLED display, the same RAM and storage options, as well as the same look with a flat screen and a block back with a more prominent lens than the others.

The differences lie mainly in the processor and cameras, with the Redmi Note 11 bringing a Snapdragon 680 sensor and 50MP versus the Helio G96 and a 108MP camera from the Redmi Note 11S. It also offers stereo sound, IP53 certification against water and dust, Android 11 under the MIUI 13 interface.

The same goes for the Redmi Note 11 Pro and Note 11 Pro 5G, which share a look and feel. Both feature a high-resolution 120Hz AMOLED display and a choice of 6 or 8GB of RAM.

While the 5G-enabled model has the Snapdragon 695, the 4G model has the same Helio G96 as the Redmi Note 11S. Interestingly, the most expensive have three cameras and the cheapest have four, the same three sensors are also with an additional one for depth data.

International sale begins today, but it may take some time before they arrive in Brazil. 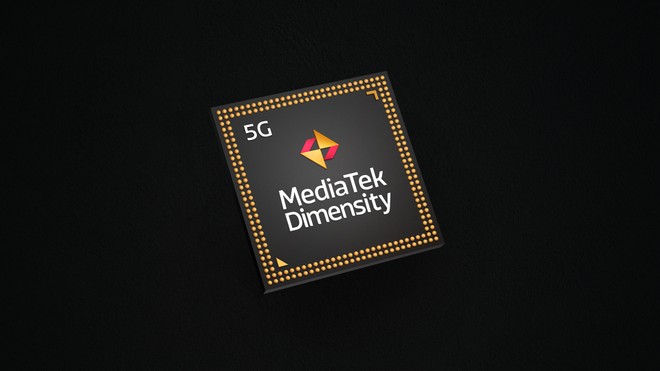 Dimensity 9000 was introduced by MediaTek last year, but it is assumed that it will be brought to market only in mobile phones launched at the end of the first semester. To give you an idea of ​​what to expect from the chip, Some of my tests were leakedWhich makes it clear that Qualcomm and Samsung won’t take it easy in 2022.

The Dimensity 9000’s numbers on Geekbench beat not only the recently announced Exynos 2200 but also the Snapdragon 8 Gen 1 by a large margin in the multi-core test, getting close to the Apple A15 Bionic when using all cores.

Among them, Samsung’s chipset was a huge disappointment, lagging even the Snapdragon 888 in the single-core test and narrowly beating it on all cores.

However, it’s worth noting that the A15 Bionic and Snapdragon are already available on commercial devices, with the Exynos 2200 due to arrive with the Galaxy S22 line in early February, and the Dimensity 9000 only in a few months. So it is better to wait for more tests before relying on the victory of MediaTek.

And speaking of Dimensity 9000, there is a rumor to it We can get a model of the Galaxy A line with a chipset, which could put it above the S22 in performance. The brand has never done this, but competition with Chinese companies may have prompted Samsung to revise some of its policies.

Given the composition of the range, it is likely that this will be the Galaxy A83, which will be sold in select markets like its predecessors. 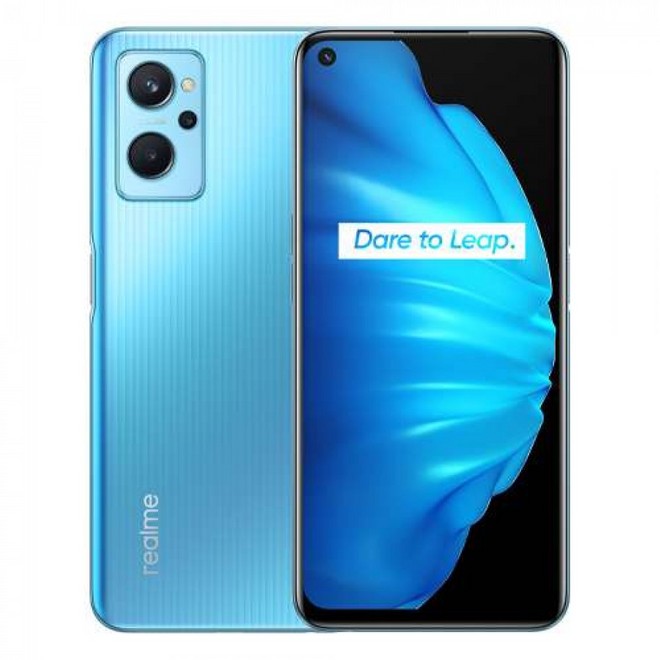 The Realme 9 line should grow soon with the arrival of the Pro and Pro Plus variants. Both She has a lot of information Even the leaked images in recent days show images coming directly from Oppo and OnePlus phones, and intermediate devices to face Xiaomi.

For the first time, both models will offer 5G connectivity, using the Dimensity 920 chipset in the Realme 9 Pro Plus and Snapdragon 695 on Realme 9 Pro. The camera specs are intriguing, with a 50MP main sensor in the Pro Plus and 64MP in the Pro.

Both models should bring a 120Hz AMOLED display, which will be slightly smaller on the Realme 9 Pro Plus, which also justifies the smaller battery on this model. They will come with Android 12 from the factory, and should go official in February. 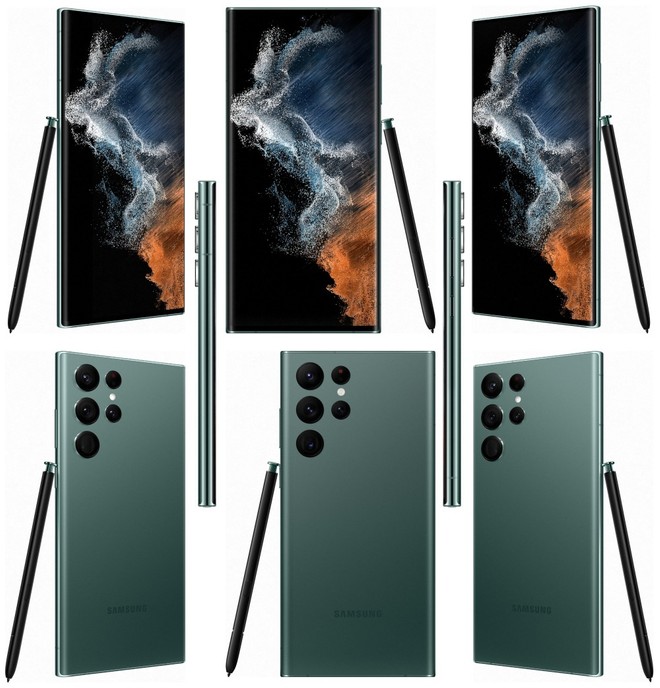 After many rumors and misinformation, Samsung finally About the date of the Galaxy Unpacked eventIt will offer the Galaxy S22 cellular phone and the Tab S8 tablet.

The event was scheduled to take place on February 9 at 11:40 a.m. Brasilia Time, and will be broadcast via social media and the brand’s website. Soon, a Brazil-focused invitation was sent out talking about the February 15th date, indicating that new cell phones should arrive very quickly in our country.

Thinking of finished spoiling the Samsung party, a real wave of Leaks have taken over the internet In recent days, enhancing the look, specifications and expected price of the three devices.

If everything is confirmed, we will have good changes especially in the S22 and S22 Ultra, where the first will correct many of the points of its predecessor and the second will serve as the spiritual successor to the Galaxy Note series, with the right to the S Pen with a dedicated slot and a more visible square. 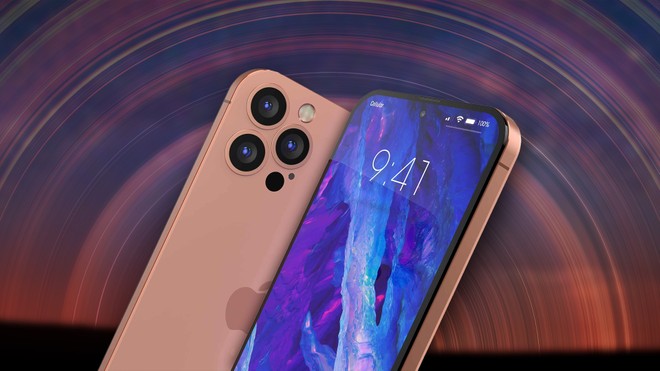 The iPhone 14 is supposed to be launched only in September by Apple, but nothing prevents rumors about it from emerging in large numbers, or even about its successor that will only arrive in the second half of next year.

The rumors about the iPhone 14 that were published this week say It will have an A16 Bionic chip made at 4 nanometers, seeks to emulate the technology of its competitors Qualcomm, Samsung and MediaTek. However, those hoping to get Touch ID under the screen may end up being disappointed, because it shouldn’t, and users will stick with Face ID as the only form of biometrics.

Another tip that should be disappointing is that the 120Hz screen should still be limited to Pro models, leaving the iPhone 14 and iPhone 14 Max with 60Hz.

As for the iPhone 15, it was said that a file Pro models should finally bring a periscope lens camera to zoom in, plus it provides the curious new look with i.

Motorola Frontier gets pictures and details 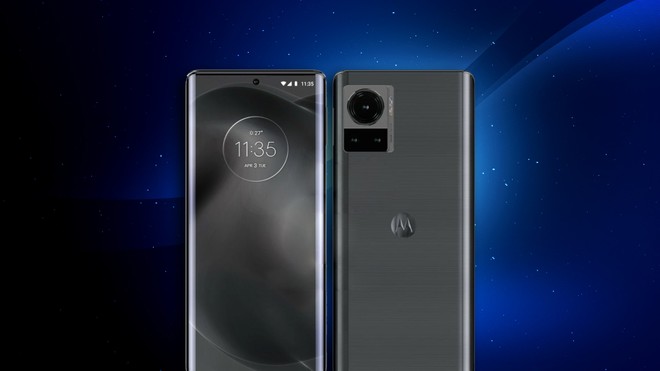 We close this version of the Duty TC with talking about the Motorola Frontier, which should be the company’s great flagship in 2022.

was the model Leaked images and datasheet During the week, it should bring everything you’d expect from a flagship, such as the curved 144Hz Full HD OLED display, a revised Snapdragon 8 Gen 1 processor (which is not yet known whether it will be called Gen 2 or Gen 1 Plus), a 200MP camera, and 125 charging. Watt.

The device will have a more modern and premium look than the Edge X30, Motorola’s most powerful current cell phone, but it is not yet known what its final name will be or when it will be released.

The one that should be released very soon is the Edge 30 Pro, and it already is It is even approved by Anatel And it must be the global version of Edge X30. The model features a Snapdragon 8 Gen 1 processor, an under-display fingerprint reader, a 144Hz OLED Full HD display, a 50MP main camera, and a 5,000mAh battery with 68W recharge.