Revenue will now require proof of transactions via PIX

The agreement published in April should change the way Brazilians deal with Pix. In it, Federal Revenue requires that banks and institutions, in addition to reporting card, debit and credit transactions, also separate transactions via PIX and retroactively through January 2022. ICMS Agreement No. 50 was published on April 7.

Document “amends ICMS Agreement No. 134/16, which provides for the provision of information provided by financial and payment institutions, whether or not they are part of the Brazilian payment system, in relation to transactions with debit, credit, warehousing, resource transfer and electronic transactions from the instant payment system and payment instruments Other electronic, carried out by legal entities registered in the National Register of Legal Entities – CNPJ or individuals registered in the Individual Taxpayer Register – CPF, even if they are not registered in the ICMS Taxpayer Register.

Accountant Giraldo Eugenio de Oliveira, of Coronel Fabriciano, explains that from now on the taxpayer must monitor whether the standards set forth in ICMS Agreement No. 50 are followed by institutions offering this type of financial transaction. Among them, the definition of the payment, which should contain beneficiary data such as CNPJ or CPF, the order identification, the date and time of the operation and the value of the operation. Companies must issue invoices indicating this receipt, as it is passed through the company’s cashier. In addition, they should be familiar with the requirements for identifying Pix. 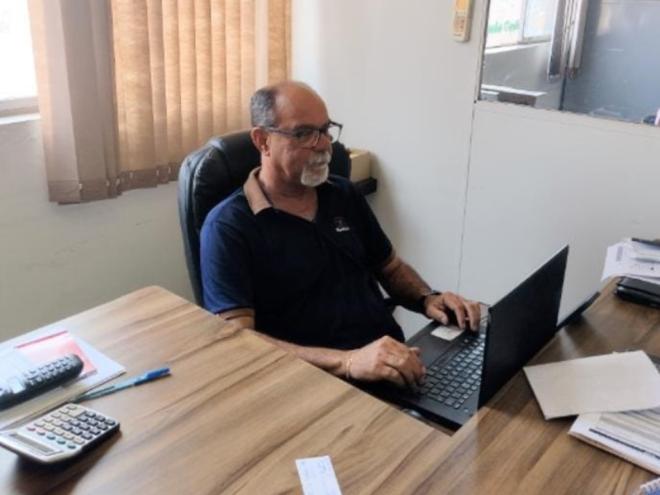 When asked how the change is affecting users’ lives, Ladico, as the accountant is known, issues an alert. “Taxpayers should be aware when filing their income tax returns, as transactions have not been examined through PIX before. Which can lead to them getting caught in the loop or even questions about transactions that have not been declared. Federal Revenue recalls that It already has information collected by financial agents with transactions of over R$2,000 for individuals and R$5,000 for legal entities,” he notes.

The accounting expert adds that companies should be aware of these receipts and make notes on them, as the information will be retroactive to January 2022. Until then, Pix information has not been taken into account,” he asserts.

Regarding the change in which revenue requires proof of all transactions via Pix, Ladico suggests that companies keep their movements up to date, and submit necessary requests to operators. And keep your financial records organized along with accounting to avoid fines and other penalties that can harm the development of the company.

“With regard to the final taxpayer, he must also be aware of all his financial records. I advise the taxpayer to preserve and identify his movements in his disclosure and to keep the receipts for at least six years. Although it is a simplified form of payment, it can cause inconvenience and complexity, as it is The case in the DIRF ad, for example.”

Pix, an instant payment system, became fully operational on November 16, 2020. The method was soon adopted by residents in Brazil. It reached its first billion deals in one month in September of last year. Six months later, the number of transactions had grown by about 60%. This comes after a decrease in the volume and quantity of this type of transaction between January and February of this year.

Despite the growth, information from the Brazilian Confederation of Banks (Vibraban) indicates that there is still room for further growth. The number of transactions is high between individuals, but it does not have the same intensity in sales between individuals and companies, due to the use of credit cards.

Found a bug, or want to suggest a news item? Talk to the editor: [email protected]