The White House said Russia defaulted on its foreign sovereign bonds for the first time in more than a century, as sweeping sanctions effectively excluded the country from the global financial system and rendered its assets untouchable.

The Kremlin, which has the money to make payments thanks to oil and gas revenues, quickly dismissed the allegations, accusing the West of pushing the country into an “artificial default.”

A US official said on Monday that the default shows the impact of sanctions on the Russian economy. “This morning’s news of the discovery of Russia’s default, for the first time in more than a century, defines the strength of actions taken by the United States, along with allies and partners, as well as the impact on the Russian economy,” he said. First: American power during the G7 summit in Germany.

Earlier, some bondholders said they did not receive the accrued interest on Monday after the main repayment deadline expired the day before, according to Reuters.

Russia has struggled to meet $40 billion in bond payments since it invaded Ukraine on February 24, as sweeping sanctions cut the country off from the global financial system and made its assets untouchable by many investors.

What does the Russian government say?

The Kremlin quickly dismissed allegations that it had defaulted and blamed the West. Russia said it had the money to pay it, and described the default as artificial because sanctions prevent foreign bondholders from receiving the money.

In a call with reporters, Kremlin spokesman Dmitry Peskov said that Russia made bond payments due in May, but the fact that Euroclear blocked it due to Western sanctions against Russia “is not a problem. We have.”

“The actions of foreign financial intermediaries are beyond the control of the ‘Russian government,'” the Ministry of Finance said, and required foreign bondholders to speak directly to those making the payment.

The ministry added that “the non-receipt of funds by investors did not occur due to lack of payment, but due to the actions of third parties, which is not directly explained as a case of default by the issuance documents.”

The Kremlin has repeatedly said that there is no reason for Russia to default, but that it cannot send money to bondholders due to sanctions, and has accused the West of trying to deceive it into artificially defaulting on its debts.

President Vladimir Putin last week ordered that debt obligations be fulfilled once a payment in rubles equivalent to their value in foreign exchange is made. Bond holders will need to open an account with a Russian bank to receive payment.

Russia’s efforts to avoid what would be its first major default in international bonds since the Bolshevik Revolution in 1918 ran into an intractable problem in late May when the US Treasury’s Office of Foreign Assets Control effectively prevented Moscow from making the payments.

“Since March, we have believed that a Russian default will likely be inevitable, and the question is when,” Denis Hranitsky, head of sovereign litigation at law firm Coen Emmanuel, told Reuters before Sunday’s deadline.

The official default could be largely symbolic, as Russia can’t borrow internationally at the moment and doesn’t need to do so thanks to abundant oil and gas export revenues. But stigma is likely to increase borrowing costs in the future.

The payments in question are $100 million in interest on two bonds, one in dollars and the other in euros, that Russia was due to pay on May 27. The payments had a 30-day grace period, which expired on Sunday.

The Russian Finance Ministry said it made payments to the National Settlement Depot in euros and dollars, adding that it complied with its obligations.

With no specific deadline given in the prospectus, lawyers say Russia may have until the end of the next business day to make payments to bondholders.

Usually, credit rating agencies officially downgrade a country to reflect default, but this does not apply in the case of Russia because most agencies no longer rate the country.

In another move to expand sanctions on Moscow, the British government said on Sunday that Britain, the United States, Japan and Canada would ban new imports of Russian gold. 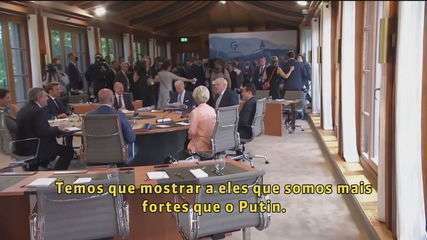