There are several forms of interstellar transport in science fiction. Hyperspace, the infinite probability generator, wormholes, the Bolivian talc they call Dune Spice to hide, and the famous warp space used in Star Trek.

Although it was never explained in the classic series, the concept was so detailed in later books and series, and not devised by them, that it was initially used by John Campbell in his book Islands in Space, published in 1957 but originally written As a serial story in Amazing Stories in 1931.

Imagine you are sitting on your bed, your iPad on the other end. You can crawl on it, but what’s more practical is, at the same time you’re crawling, pull out the blanket, and bring your iPad to you.

By folding the “space” that the blanket represents, you are shortening the distance between the two points.

This, of course, has remained and is in the realm of science fiction. Einstein’s equations, in fact, admit that they depend on distortions in the fabric of spacetime, but the idea that something created by humans is capable of generating a warp field is unimaginable. 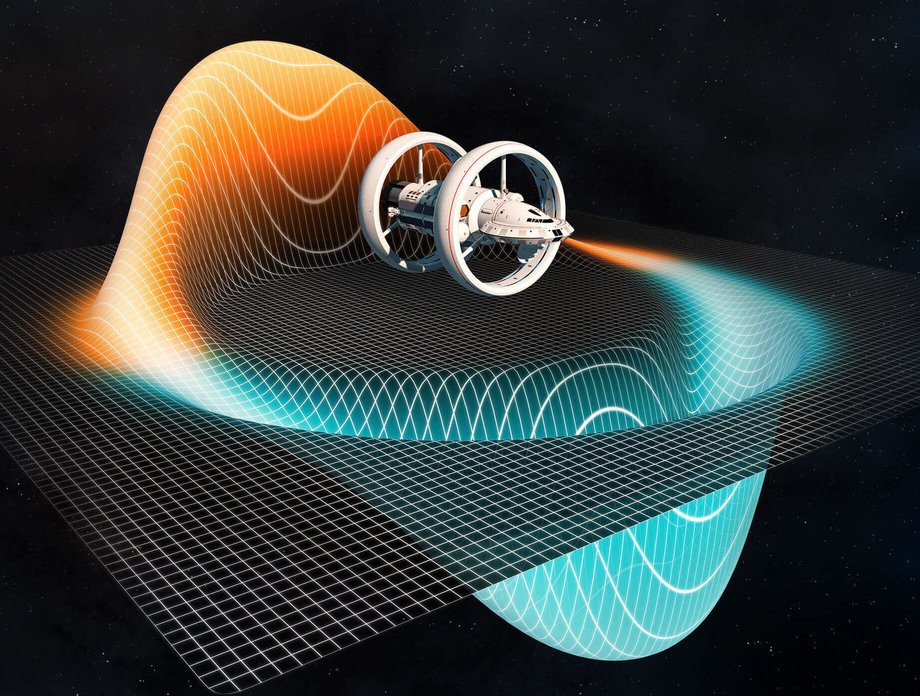 Or it was until 1994, when Mexican physicist Miguel Alcubierre published a paper He used Einstein’s equations to make the concept workable. “Warp Engine: Traveling at Ultra Fast Within General Relativity“It became an essential text, breaking the speculation of science fiction and offering practical solutions.

Except that Alcubierre’s warp engine requires exotic components like Exotic Matter, a theoretical particle that distorts the laws of physics, and negative mass, a region of space that, if measured, would have a mass less than zero.

It may sound strange, but all of these concepts fall within the parameters of modern physics, and are theoretically possible, almost as often as Luciana Vendramini would have been calling me for a beer, as I say, she’s from São Paulo.

Over time, other scientists pondered Alcubierre’s equations, and progress was made. Initially, the amount of negative mass required was enormous. From a supply three times the size of the Sun, it’s down to a few milligrams.

On the other hand, the strange theoretical matter started with something the size of Jupiter. With the new equations, the required amount was about 700 kg.

Other models were discovered, no longer based on more exotic components, such as negative energy (not the amazing type of drinker and smoker), but the concept of space folding. Yes It was still theoretical.

Space folding, among other exotic forms of propulsion, has been studied inSuper Propulsion Physics Program“Between 1996 and 2002, one of the principal investigators was Harold G.” Sonny White, a physicist and engineer who has also worked at Boeing, Lockheed Martin and is now at Space Without Borders Institute, an organization dedicated to research in the same field.

Except for Doctor White, he wasn’t looking for a warp space. He doesn’t even have time for that. He was engaged in research for DARPA, the US Department of Defense’s Office of Advanced Research. The search involved Casimir’s cavities, which are far from aberration as they appear.

The Casimir effect is one of those peculiar kinds of quantum physics, and it’s even more bizarre because it’s an effect that has been tested and proven in the lab.

Here’s how it works: If you put two plates of any reflective material in a vacuum, less than 100 nanometers apart, they will begin to mysteriously approach. It is not magnetic, heat or gravity. They are pushed by a mysterious force. 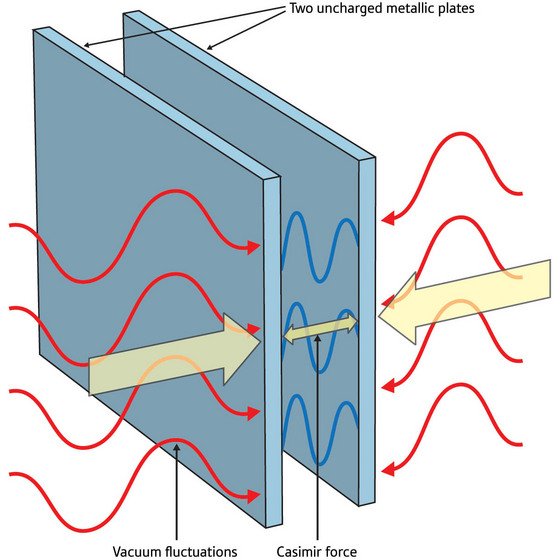 Explanation: The vacuum is actually a false vacuum, all the time we have quantum fluctuations in the space-time structure, sometimes these random fluctuations reach an energy level equivalent to the particle, and like E = mc2, a photon/antiphoton pair appears, ‘out of nowhere’. Matter originates from where there was nothing. Fiat Lux, Big Bang, Genesis, it’s up to the customer.

Since photons (and antiphotons) have a wavelength, relative to their energy, and this energy is random, in this case, particles of infinitely changing wavelengths are generated, except that if the wavelength is greater than 100 nm, the pair will not appear in the vacuum between dishes.

This imbalance causes more particles to collide and push the plates outward rather than inward.

Note: There is nothing magical about 100 nanometers, the closer the plates are, the fewer particles that are generated between them, and the stronger the effect.

Dr. White had mastered several methods for studying the energies involved in the Casimir effect, but was unprepared for what he would see when he plotted the data from the experiments. Or rather it was. He’s one of the rare physicists on the planet who will instantly recognize the structure revealed by his sensors: a micro-bubble.

Formed around the micro-stent used in the experiment, a distortion of spacetime, small but real. Compared to Alcubierre’s theoretical model, the fold is as convenient as a glove.

The experience is detailed in a file paper nickname “World line numbers applied to custom Casimir geometry create an unexpected intersection with the Alcubierre torsion scaleSubmitted for peer review and published in European Physical Journal.

While this is in his best interest, Dr. White and his team will not immediately begin research on the fold bubble phenomenon, but have made a proposal for funding as they continue DARPA’s research on Casimir cavities. 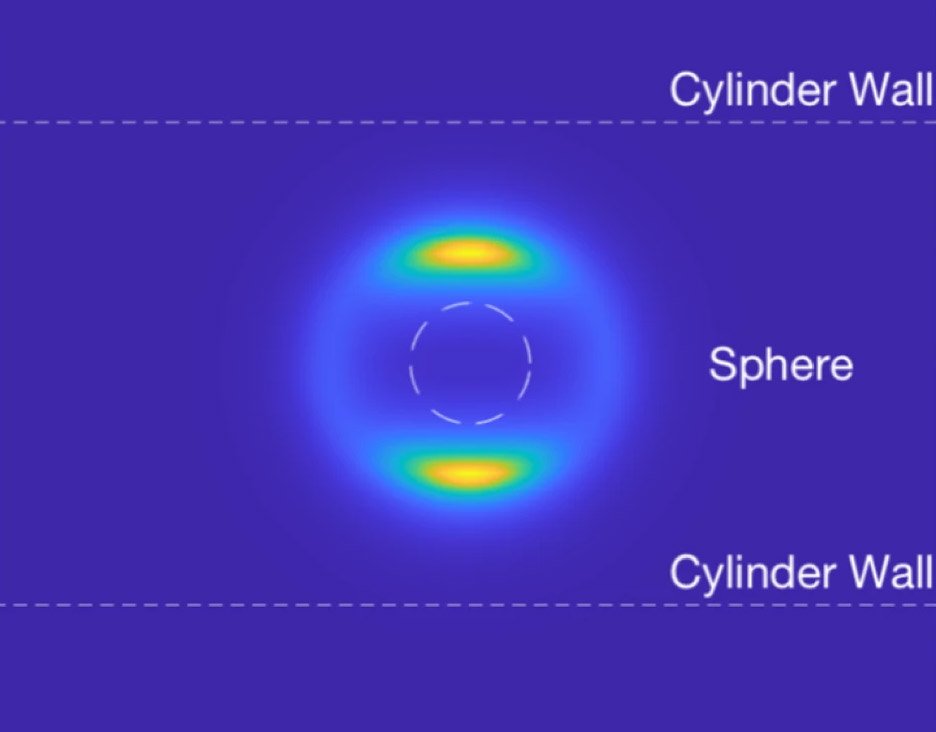 in a all interviews Dr. White explains that we’re nowhere near building the USS Corporation (well technically a boring trip to Phoenix). To invoke an analogy, the distance between the warp drive powering the spacecraft and White’s discovery is the same between the Assyrians who invented addition and subtraction, and the supercomputer simulating a nuclear detonation. 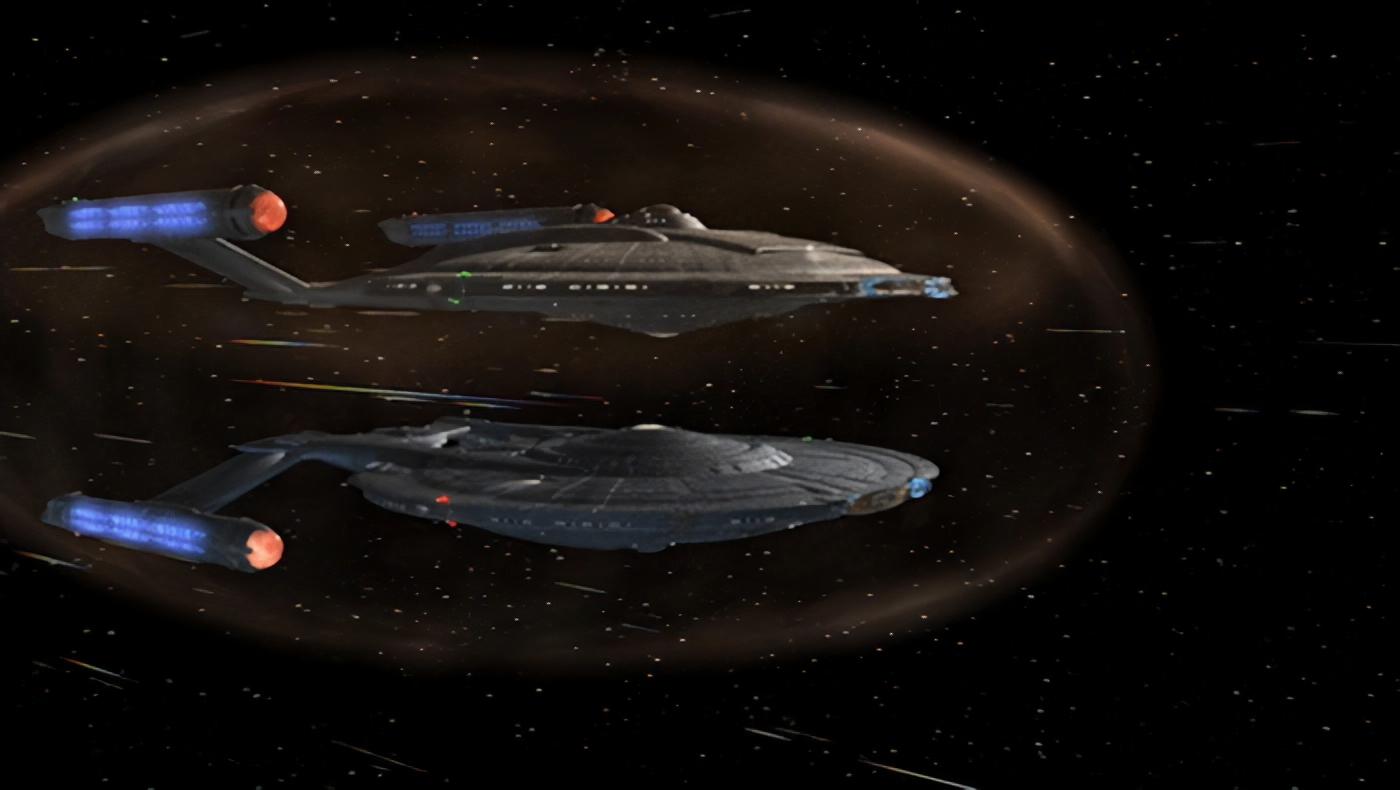 However, you can’t help but be excited. We may literally witness the first step towards colonizing the solar system, and then the galaxy. Perhaps, tens of thousands of years in the future, children will learn to choose that 2021 AD equals zero foundation year.