The Sony Xperia 5 IV was launched in the already distant September 2022, and although the Japanese manufacturer no longer officially sells its smartphones in Brazil, this hasn’t stopped TudoCelular from doing a short hands-on with the device.

With the typical design of a Sony device, the Xperia 5 IV attracts the attention of the overseas audience for offering a good package. Case in point, it has a Snapdragon 8 Gen 1 processor and complimenting cameras.

Without further ado, scroll down, or if you’re in a hurry, take a shortcut in the table of contents.

The Sony Xperia 5 IV has design characteristics of the Japanese manufacturer, which usually follow a fairly cohesive visual line. In addition, its narrow format also benefits one-handed use, which is becoming somewhat complicated these days with increasingly larger smartphones.

Of course, you have to like the 21:9 aspect ratio, and Sony made sure to soften the edges to make the Xperia 5 IV look sleeker, but this made the device more slippery.

There is no fingerprint reader on the screen, but on the side next to the volume and camera shutter buttons. This is also the top of the line that has the P2 port for wired headphones.

There is a USB-C port at the bottom next to the speaker grille and the SIM card tray, which can be removed without a special key. The device still has Gorilla Glass Victus protection on the front and back, in addition to the IP68 certification that makes it water resistant.

Finally, the Sony Xperia 5 IV does not have a charger in the box. That is, the kit contains only the essentials, such as manuals and a charging cable. 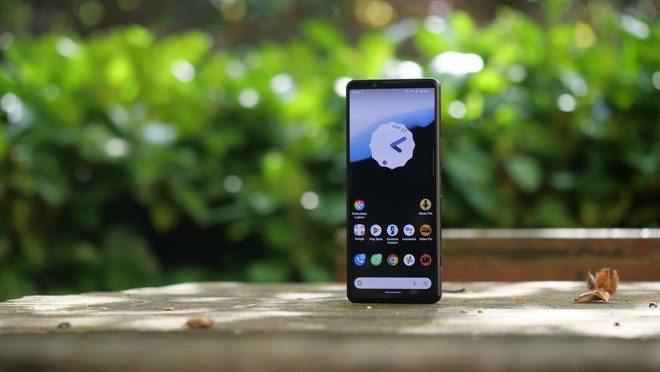 The screen of the Sony Xperia 5 IV is a 6.1-inch OLED display with FHD Plus resolution and supports 120Hz refresh rate content. Of course the real highlight here is the 21:9 aspect ratio, something Sony uses extensively.

The panel used by the Japanese is good and now manages to reach a high level of brightness, which makes the Xperia 5 IV comfortable outdoors and easy to view content.

However, it should be remembered that the Xperia 5 IV does not have the adaptive refresh rate LTPO technology. In fact, the company uses a dynamic rate between 60Hz and 120Hz.

Thus, multimedia content is displayed at 60Hz, but the interface is at 120Hz all the time. The video watching experience is excellent. The Sony Xperia 5 IV has two speakers that work together at the same volume, providing a distortion-free experience.

The Sony Xperia 5 IV’s processor is Qualcomm’s Snapdragon 8 Gen 1, and this could end up being one of the problems with this smartphone, as Sony has gone to great lengths to reduce the heating of the chipset, killing its performance in long hours of gaming, for example.

To round out the group, the Sony Xperia 5 IV has 8GB of RAM, 128GB of internal storage, and 5G and NFC connectivity for near-pay.

The battery capacity is 5000 mAh and the full autonomy can reach 6 hours of active viewing and this guarantees a whole day away from the socket.

But when you go to recharge, despite its support for 30W fast charging, the Xperia 5 IV doesn’t have the accessory in the box. Finally, we have wireless and reverse charging. 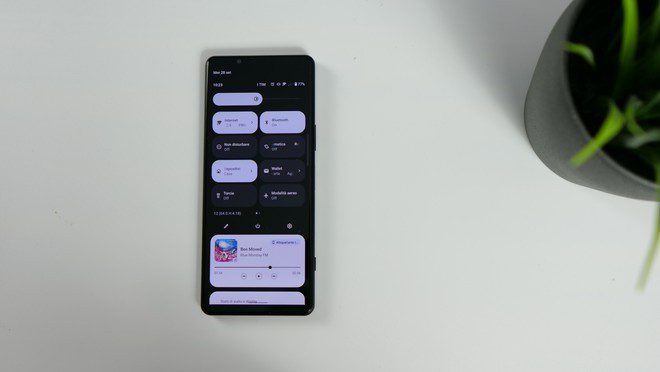 Sony didn’t want to work too hard in this department and put a close to stock Android on the device. With that said, we have a simple launcher that doesn’t have much customization and transitions are dry.

Another point of interest is that Sony’s app icons are stuck in the Android 10 era, even if the Xperia 5 IV came out of the box with Android 12.

Anyway, some apps are useful, like Music Pro. It allows you to record and even edit audio, with automatic post-production thanks to the use of artificial intelligence.

In terms of cameras, the Pro app has a basic mode that matches what all manufacturers offer. But auto mode activates a completely different interface, designed for landscape use, and the user gains the option to adjust white balance, exposure compensation, activate flash and choose which lens they want to shoot with.

We also have a P mode that activates other features, an S mode for setting shutter speed and an M mode which is the same as S mode with additional ISO control.

The second application is Video Pro and it is more complete, even allowing you to record in 4K at 120fps, which is not available in the normal photo application.

Finally, there’s the Cinema Pro app, which gives you all the controls for a professional video and adds appearance and other color enhancements, even allowing for correction in post-production. 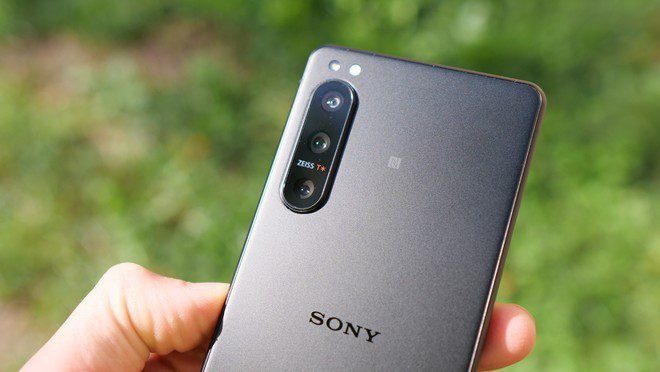 The cameras’ quality is more than fine for outdoor and well-lit environments, as recordings are sharp and colorful.

Saturation and contrast are as expected, something that guarantees really good pictures. However, the shutter is a bit slow and ends up creating blurry photos at times.

This happens because the program is trying to recognize the scene and many times the user does not have much patience to wait. Somehow, there’s a good consistency in the records captured by the three 12MP cameras.

Only the telephoto ends up with some minor exposure problems, but nothing too serious. The ultra-wide lens has autofocus, but it is not exploited for macro shots, as the minimum distance is 7 to 8 centimeters.

The biggest problem with the Sony Xperia 5 IV is with night shots, since it doesn’t behave like a smartphone. Thus, the program raises the exposure time and the result is blurred photos at different times.

It lacked a Pixel-like night mode to make up for this problem and use artificial intelligence to render snappier photos. We should also mention that HDR is almost absent in night shots.

In general, the Sony Xperia 5 IV has good camera settings and the number of applications is excellent for amateurs. But for casual users, this level of detail can be quite problematic.

Finally, in videos, the Xperia 5 IV has 4K recording at 30fps in the popular Camera app and records great, but in the Pro app it’s possible to hit 120fps. 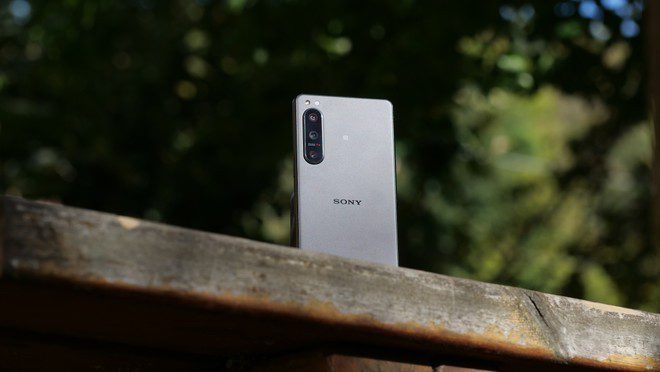 The device costs 1,049 euros, which is equivalent to 5,800 Omani riyals, at a price worthy of a top smartphone. And it really deserves an 8 for the range it offers. Obviously we are not talking about a perfect smartphone and some details could be better.

Perhaps if Sony waited a little longer for the Snapdragon 8 Plus Gen 1, the Xperia 5 IV would be better. Moreover, this mixing of different camera apps is good for enthusiasts, but not for the average user.

The Xperia 5 IV also lacks an LTPO panel, but these are things Sony has to address in future generations. At least that’s what we expect from the Japanese manufacturer.

Finally, this is a decent smartphone, which has good hardware, can offer good autonomy and has a format that does not hurt your hand.

That is, the Xperia 5 IV could be a good choice for many users, and even less so for Brazilians, since it remains the import-only path and there are many more interesting brands in the same price range here.

Sony Xperia 5 IV is not yet available in Brazilian stores. To be notified when it arrives.