The grain market showed a lot of volatility this Tuesday (17) on the Chicago Board of Trade. Despite the drop in the US Department of Agriculture (USDA) soybean and corn yields index in good or excellent in its weekly report on Monday (16), the market remains very alert to the new numbers coming from the Pro Farmer Crop round taking place in the country this week. The states already visited are Ohio and South Dakota – with their numbers already closed – and Nebraska and Indiana are visited on Tuesday.

Thus, after the day started in the positive field, soybean futures ended Tuesday’s session in the red, with losses of between 4.50 and 7 points in the major contracts, reaching November at $13.61 and May 22, a sign of the Brazilian crop, at a price of 13.57 US dollars per bushel.

Traders remain vigilant for the completion of the new US crop, and thus the climate in the corn belt to complete and determine the US soybean crop. And maps from NOAA, the nation’s official weather service, for the next five and seven days indicate good rain, especially in states like Dakota, Minnesota and Nebraska. 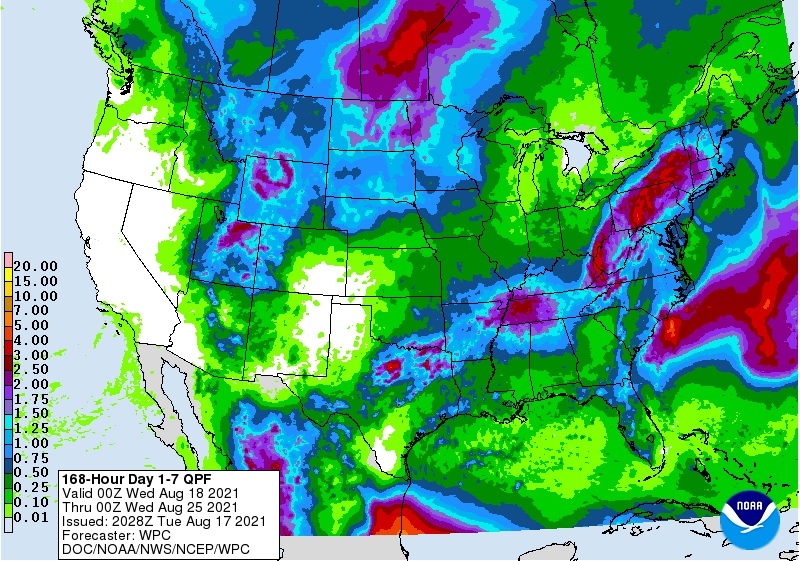 On the other hand, strong demand from China was an important support point for CME prices. On Tuesday, the US Department of Agriculture announced a new sale of 330,000 tons of soybeans, 198,000 of which were to the Asian country and another 132,000 to undisclosed destinations.

However, as explained by market consultant Aaron Edwards, of Roach AgMarketing, despite the sales news, the market ran into some other hurdles and difficulty rising.

“When the market has difficulty going up with the news, it is worrying, because the buyer is not desperate to buy and raise the price, and the seller does not want to lose the price again. It looks like a tired market, but that does not mean that we do not have an encouraging year, because the fundamentalist picture is narrow. But we are at a time when price gains are being found with willing sellers and prices unable to rise.”

In the domestic market, soybean prices rose again. In the interior of the country, increases were between 0.31% and 1.85%, with signals still very high in almost all producing states, with points where indicators exceed R$170.00 per bag.

In the ports, prices remained constant. “Business was pouring in. Producers took the opportunity to strike new crop deals at port levels from R$165.00 to BRL167.00 and between R$175.00 and R$177.00 for August, September and slightly higher than the October locations (for soybean available).

WhatsApp Business has advantages for those who are MEI; Meets!

You can earn a new FGTS until August 2023; Check the rules