The tenth generation iPad was officially launched in Brazil at the beginning of this month and is now available for purchase on the official website of the Cupertino manufacturer, as well as at local retailers.

Apple’s traditional tablet has reached its tenth generation, has received several design tweaks and is now much more attractive.

But, it must be made clear that this iPad is still the gateway to Apple’s world in the tablet market, especially in a post-pandemic world where the demand for this type of device has grown again.

Want to know more? So scroll down the page and find out the details of Apple’s most affordable tablet.

The front of the tenth generation iPad has been changed for the better and now features a screen with symmetrical edges, leaving the classic Touch ID button aside at the bottom and showing that its shape has finally arrived in 2022.

Here we still have large bezels around the 10.9-inch IPS LCD panel, showing that Apple wanted to emphasize that this is still an entry-level tablet. The tenth-generation iPad is available in four colors: white, yellow, magenta, and blue.

As for the Touch ID sensor, it is now located in the upper part next to the audio outputs, and we also have two lower sensors to ensure stereo sound with four speakers.

Taking into account the position of this tablet, the sound quality is very good and we have a sound that is loud and well balanced.

A very important point for the tenth generation iPad is the presence of a USB-C port for charging and connecting peripherals, such as an external hard drive, for example.

Apple is also selling a new keyboard accessory for the 10th generation iPad that’s split into two parts. The former can be connected to a tablet for hands-free use.

The second part contains a keyboard and a small touchpad so that the iPad becomes a mini laptop for professional use.

And what’s in the box? The iPad itself, USB-C cable, charger, and manuals. This means that there is no begging from Apple in this product. 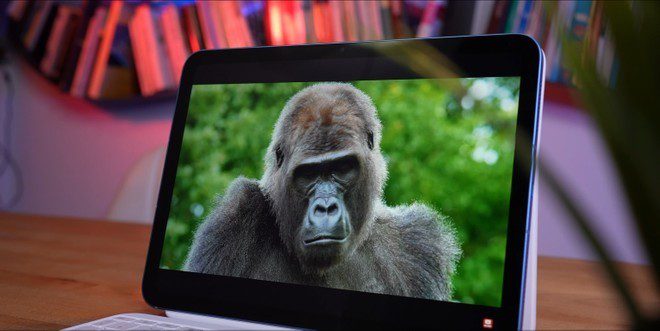 The iPad screen of the tenth generation is 10.9 inches. That is, slightly larger than the previous model’s 10.2, and either way there’s a retina display.

However, this panel is not laminated as found on the fourth and fifth generation iPad Air. This means that the screen is covered with glass and there is a small gap between it and the frame. As a result, we have a seemingly hollow touch, but the advantage is that in the event of a possible fall, only the glass breaks, preserving the panel.

When it comes to the processor, the 10th generation iPad uses the Apple A14 Bionic. This results in a good performance improvement on the CPU and GPU part, as well as offering a more fluid experience for typical use by a regular user. That is, without hindrances to run apps, perform heavy activities, or play games.

But it’s always good to remember that this accessory is sold separately and that you’ll need an adapter to recharge the pen on the iPad, since it has a Lightning port and uses USB-C.

Finally, speaking of the battery, Apple says that it can guarantee up to 10 hours of continuous use on Wi-Fi, but this number may decrease if used on the cellular network.

The software also adds several new features shared with iOS 16, such as the ability to edit or unsend texts in iMessage and Freeform, a tool aimed at collaborative work that supports texts, audios, and videos.

It also has updates for native apps such as weather, mail, and photos.

The 10th generation iPad has a single 12MP rear camera and the software features Smart HDR technology to ensure the best recordings in the most diverse scenarios.

It can also record 4K videos at 60fps from the rear, while the front lens also has a resolution of 12MP which is a further improvement over the previous generation.

Meaning, the user should experience higher quality videos in calls or even sharper photos when taking that selfie with friends at work, for example.

Announced on Brazilian soil for R$5,299 in the Wi-Fi version or BRL 6,899 in the Wi-Fi and cellular version, the 10th generation iPad is truly the gateway to Apple’s tablet ecosystem.

However, it should be remembered that the prices shown are only for the version with 64GB of internal storage. In any case, it is noticeable that Apple’s less expensive iPad has developed and made significant improvements, which is very different from what happened with iPhone 14 and 14 Plus.

However, it is still an expensive device and still aimed at people who are Apple fans or have a lot of money and don’t care about the price.

In short: It’s a good entry-level tablet, but the price is still quite steep. If this will change, we don’t think so.

Apple iPad 10 is not yet available in Brazilian stores. To be notified when it arrives.