In another session, the second in a row, the Brazilian stock exchange with Ibovespa closed below 100,000 points, something that has not happened since last year. The downturn puts investors on alert, as the current level is seen as support for worse or better performance of Standard On the Brazilian Stock Exchange – but there are also those who talk about opportunities.

“The 100,000 point rule is important from a psychological point of view,” comments Luiz Siesta, head for Monet analysis. “It’s an area that has been tested twice, in late 2021 and early 2022, and losing those levels could mean bigger declines.”

Several factors are responsible for the current performance of the Brazilian Stock Exchange. Global inflation, cycles of rising interest rates in many developed countries, and the potential for slower growth in the global economy are perhaps the main pillars of Ibovespa at the moment.

“All of this disrupts the risk market, increases discount rates and makes it difficult for these assets to compete with fixed income, which is here close to 13% and 14% annually,” explains Cesta.

In the US, longer-than-expected inflation drove the Fed up last week The country’s base rate is faster than previously reportedwhich attracts capital inflow to treasury bonds Growth prospects have dwindled in the world’s largest economy.

In China, the world’s second largest economy, restrictions imposed by COVID-19 threaten the progress of gross domestic product (GDP) and also have a direct impact on the Brazilian stock market, due to goods.

China, the recession and the fiscal impact of Ibovespa

“Today’s Ibovespa index reflects a global context influenced by increased investor sentiment that we are going to witness a recession, which will have a significant impact on commodity demand. This is putting pressure on Brazilian stocks,” says Felipe Villegas, strategist at Genial Investimentos.

“Fear of recession in the large Western economies and low expectations for economic performance in China weakened the non-manufactured product companies, the main responsible for maintaining Ibovespa in recent times.”

The expert from Genial also points out that, in the domestic scenario, recent financial threats have also affected the performance of the index.

In recent weeks, the federal government has been trying to find ways to contain the rise in fuel prices, after it agreed to cut the ICMS tax on these products – without explaining, however, exactly how this would offset the effects. This will be left in the recipe. In addition, politicians were putting pressure on Petrobras (PETR3;PETR4) Not to raise the price of gasoline and diesel.

“The market is very suspicious of the federal government’s task force regarding all the measures that are being taken to contain inflationary processes. There is an increase in Risco Brasil prices, which affects interest rates,” Villegas reports. According to him, above all, the approaching elections would increase pressures on this front.

Brazil Risk is a tool that investors use to assess a country’s ability to pay or not repay its public debt. The mention of higher spending, excluding counterparties, led this index to jump to 272 points last week, its highest level in two years.

“We entered a scenario in which the shield Ibovespa had in the first quarter ended, with the market positioning itself in commodities and without news of an impact on the Brazilian financial issue,” highlights strategists at Genial Investimentos.

And while Brazilian stock prices are attractive, the dynamics involving foreign and domestic news end up being negative. As long as the headlines don’t improve, Brazilian assets must come under pressure.”

The cup is half full or half empty

The perspective of optimization, according to the expert from Genial, may come from domestic companies, should the Brazilian economy remain resilient and inflation has already peaked, recent releases of some indicators suggest.

“If we have more positive signals in terms of inflation, since the Central Bank of Brazil is already at the end of its cycle, we have the possibility of surfing a good moment, as this process is still in developed countries at the beginning,” he defends.

With most of the world continuing to raise interest rates, thus constraining their economies, a lower interest rate in Brazil could boost risky assets and could highlight the performance of Brazilian GDP.

André Luzbel, head of variable income at SVN Investimentos, says the exchange typically acts as a sort of spring. “Sometimes it stretches too hard and tends to rebound, but when it’s stressed a lot, and when the pressure wears off, the spring also ends up expanding again,” says Losbel.

“We see that the stock market is currently under a lot of pressure and at any time, some things in the world are improving in Brazil, and it could go up again to 110,120,000 points.”

The specialist points out that there are companies that pay Dividend returns Attractive and with reduced complications, however, Lozebel still did not see Brazil as “free”. “The glass is half full and half empty. The whole thing is that there are so many opportunities to buy an empty one, that it can drop a lot more.”

Among the risks, William Wang, head of variable income at AZ Quest, notes that events such as Petrobras’ head change, as well as the consumer price index implied by this state-owned company, may affect Ibovespa, since the oil company has an important share in the index. According to the director, the interventions in the state-owned company can also be viewed by investors as evidence of legal uncertainty, which also tends to reduce the inflow of capital into the country.

XP Investimentos analysts comment that Brazilian assets are still cheap, trading at a solid discount to the historical average, but this is not the time to “be a champ.”

“We remain optimistic about the Brazilian stock market, but we emphasize that in scenarios of a global recession, domestic assets tend to suffer as well,” analysts Fernando Ferreira, Jenny Lee and Rebecca Nossig explained in a report. “We do not believe it is time to take unnecessary risks, as the global scenario continues to demand caution.”

For them, Brazilian investors have an advantage over investors from other countries, as domestic interest rates are already very high, providing good returns with low risks until the global scenario becomes clearer. 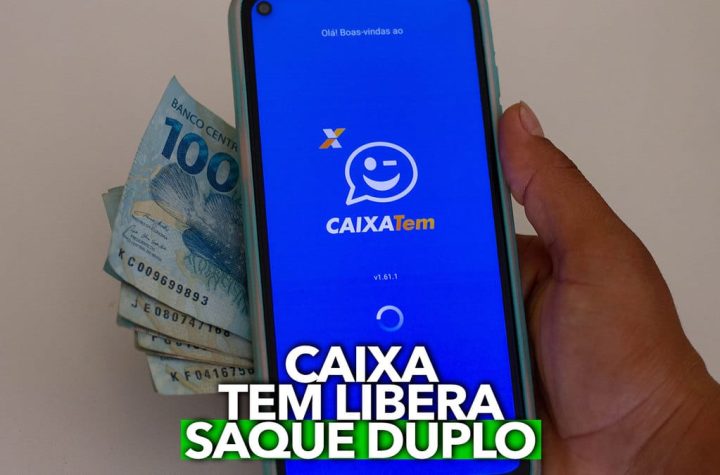 Caixa Tem issued a double draw later this month; Check who can receive