Conducted a survey AG IMMIGRATION together with US Department of State It showed that the United States issued 79,212 visas For Brazilian citizens in May this year. The numbers represent a 13% increase from April and the highest monthly average since 2017, when monthly data began to be available. 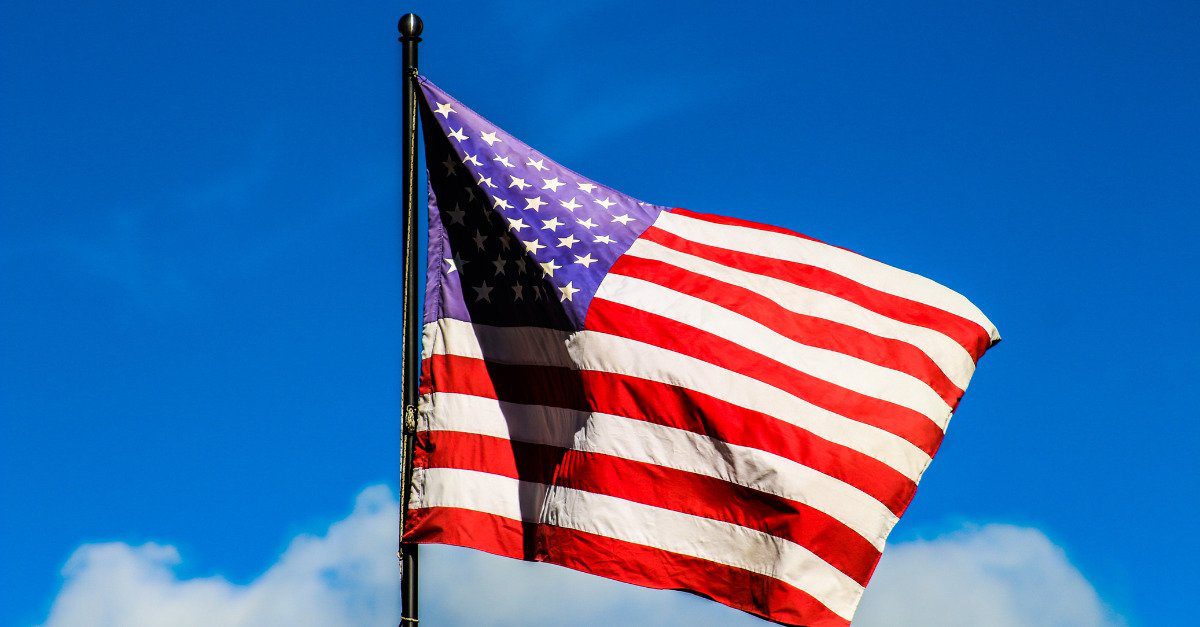 “Demand for tourist visas continues to rise despite the unfavorable exchange rate variance since operations at US consulates and embassies normalized in November last year”. Felipe Alexandre announced as founding partner of AG Immigration.

Felipe emphasized, however, that these issues do not necessarily mean the demands made in 2022. “Since diplomatic agencies have been closed to the public for the past two years due to the pandemic, the backlog of requests has been extremely high – and consular officials are working hard to contain the volume,” he said. Completion.

Currently, the waiting time for an interview at the US Consulate in São Paulo is 365 days, which means that those interested in obtaining a tourist visa must wait a year to find out whether their application will be approved or not.

According to AG Immigration, the waiting time at the consulate in Rio de Janeiro is even longer, totaling 465 days. The cities of Porto Alegre and Brasilia are also delayed by more than a year with 384 and 381 days respectively. Recife has the shortest waiting time of 307 days.

As usual, the most popular visa among Brazilians was the business and tourist visa (B1/B2), with 73,078 issues. This figure represents a 92% increase in emissions and is a reflection of the high demand of Brazilians for the United States with the resumption of tourism and the easing of post-pandemic measures.

From January to April, 315,000 Brazilians entered the United States, according to data released by the Commerce Department, putting Brazil in fourth place among the countries that sent the most visitors to the country in 2022.

See below the types of visas most issued to Brazilians in May 2022: 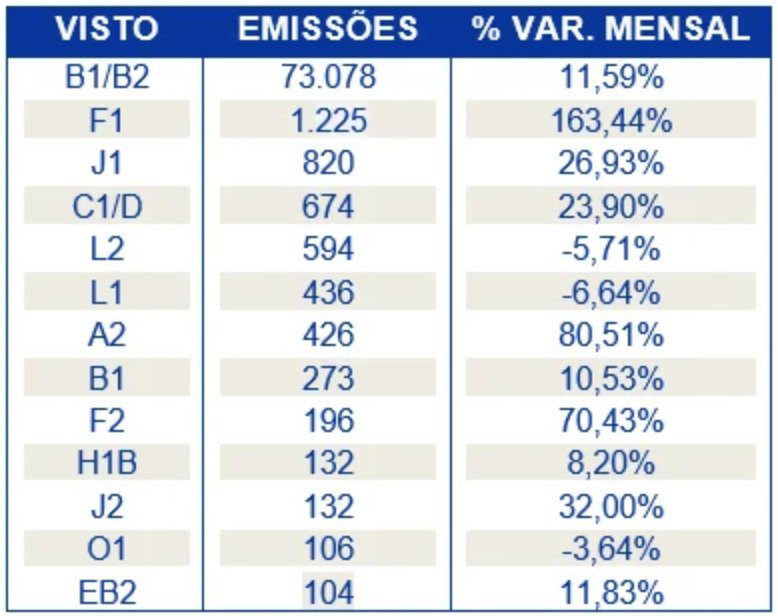 In May, there was a significant improvement in the issuance of consular visas due to the US Summit held in June.

Class A, C and G visas for ambassadors, ministers, diplomats, government officials and their families, aides and other staff, recorded more than 650 issues in May, an increase of 78.5% from the previous month.

The survey also shows that the Brazilian brain drain continues at a rapid pace. For example, in the first five months of 2022, the United States issued 1,514 EB-1, EB-2 or EB-3 visas to Brazilians.

EB visas are mostly for people with high academic qualifications and distinguished careers. These are, for example, masters and doctorates, highly recognized nationally and internationally, with decades of expertise and high academic productivity. In other words, workers are highly favored by large economies.

For comparison purposes, over the previous three years, EB-1, EB-2 and EB-3 visas for Brazilians totaled 1,695. The numbers refer to the first months of 2022.

Applying or renewing a US visa this year? How was your experience?

with information From Ag settlement.

Who lives with wind chills above 51 degrees Celsius or 70-day heat waves? This Could Be America’s Reality 30 Years Later – News

Giuliani is under criminal investigation over the 2020 US elections