Camellia is an oilseed, similar to soybeans and canola, and has been studied extensively in the United States.

Humanity depends on the agricultural sector to produce food, feed and fiber, and this demand continues to grow. In addition, crops are seen as green sources of fuels, plastics and other “biomaterials”. The challenge is to meet this diverse and expanding demand without driving land use change (LUC) – the conversion of previously uncultivated land into farms. LUC leads to loss of biodiversity and massive release of carbon dioxide from these soils. Through the use of agricultural practices and new technologies, the productivity of many key crops such as soybeans, corn and wheat has steadily increased – but climate change may compromise this trend.

However, there is another way to expand agricultural production without adding new land to the cropland – this is called “crop rotation”. In temperate climates, there is usually one crop per acre each year. Double cropping is the combination of two crops that can be grown continuously on the same land during the same growing season. For example, winter wheat is often grown with soybeans in states like Kentucky and Ohio. [No Brasil, a rotação de culturas é uma prática largamente utilizada, como a segunda safra de milho, em 16 milhões de hectares , depois da colheita da soja.]

read more: No Till: The Story of the Agreement That Changed the Planting System

There is a newly created version of the culture called Camilina [uma espécie oleaginosa, como a colza, o milho e a soja] , which would allow double cultivation in northern latitudes where previously this was not possible. After crops such as corn and soybeans or canola, it has the potential to be planted on thousands of hectares in the prairie provinces of Canada and the northern parts of the US states.

Crop rotation is consistent with the concept of “regenerative agriculture,” which allows the land to grow as many different species as possible during the year, improving soil health. “Cover crops” are a similar option, but in this case the planting is not for a second harvest. Over time, these two practices increase the soil’s drought resistance and nutrient buffer capacity, and when combined with the management of these systems, result in greater carbon sequestration in the soil over the long term, adding value through a carbon offset. market.

There is yield payback and yield stability from improved soil health, but this can take years, so it is difficult to justify the cost of seeds and fuel for crops that are not harvested. The double harvest of “money” creates income while providing the same benefits.

Crop rotation and cover crops provide other “ecosystem services” in which active root systems prevent erosion and nutrient leaching into an area next to harvest of the primary cash crop. Although Camelina does not need bees for pollination, its flowers are an excellent food source for bees, and its fields of golden yellow blooms are beautiful to look at. In recognition of the many benefits of crop rotation, the USDA has added coverage for the practice to its agricultural insurance program.

There is renewed interest in biofuels and incentives for the sector, now included in climate change efforts in the recently enacted US Inflation Reduction Act. This has attracted the interest of major companies looking for alternative transportation fuels. In this context, Camelina becomes a logical option for further development.
Camelina is actually an ancient crop, having been a common source of oil for lamps and animal feed in Europe in the early 20th century. It was recently selected as a candidate for a breeding program by a company called Yield10 Bioscience. 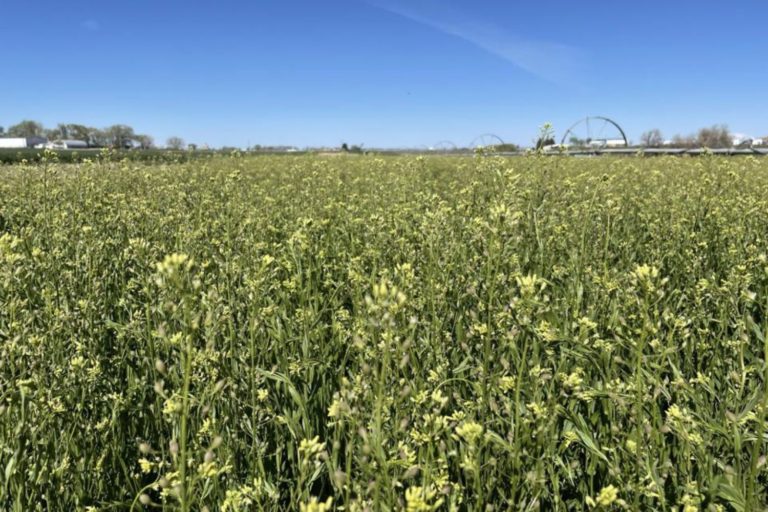 With the advanced breeding tools available today, it is possible to take relatively unimproved crops such as camelina and quickly create improved versions to meet modern needs. Yield10’s initial focus is to develop high-yield, high-oil versions that can be used to make biodiesel and jet fuel.

For this purpose Yield 10’s best winter cultivars have been expanded for planting in larger areas this autumn and the company has a strong pipeline of proprietary genetic traits to further increase seed yield and oil content. There is also a by-product destined for fodder, so there is a food supply element to this story. Yield 10 is currently targeting growers in Montana, Idaho and southern Alberta and Saskatchewan.

It is interesting to compare the development path of canola with that of canola, which went from rapeseed (a source of oil for steamships) after World War II to the traditional healthy culture of human cooking oil and animal protein. A multi-decade breeding process in Canada. Much faster progress with camelina was possible thanks to advanced genetic technologies such as “marker-assisted breeding” and gene editing.

Although this species has a complex allohexaploid genome (3 subgenomes, mainly 6 copies of each gene), the improvements achieved in yield 10 are spectacular, meaning that multiple copies of each target gene must be edited to achieve the desired traits. Recognizing that herbicide tolerance is an important trait for farmers wanting to continuously grow Camelina, Yield10 has a genetic modification with this trait that works through a regulation process.

In the not-too-distant future, camelina crop rotations will include cultivars that take advantage of the species’ high omega-3 fat content, and Yield10 will be entitled to UK-patented methods to maximize additional EPA content. and DHA promotes The health of the oil. It is a good source of vegetable oil for human consumption and an excellent aquatic feed.

Overall, therefore, there is reason to be optimistic about agriculture’s ability to meet demand for biofuels and other bio-based products, in addition to its traditional role in providing food, feed and fiber. This new two-crop option could be part of that solution.

* Steven Savage He writes for Forbes USA. He is a biologist from Stanford and a plant pathologist at the University of California, Davis. I’ve met startups and big companies like DuPont.