Workers from any sector have resources in the severance pay fund (FGTSUp to 50% of this balance may be used to purchase shares Electrobrass In the privatization process From the company.

The purchase will be made through so-called “privatization joint funds,” a vehicle created in the 2000s and already used by the government to sell securities from other state-owned companies.

In March, Caixa Econômica Federal published procedures and rules for the use of funds for workers interested in participating in any privatization offer authorized under the National Privatization Program (PND).

Privatization of Eletrobras Approved this Wednesday (18) by the Federal Court of Audit (TCU). In addition to the state-owned power company, the economic team also Planning to privatize the post office in this year.

Use FGTS In privatizations, this has already happened on three occasions: Petrobras, in 2000; Rio Doce Valley, 2002; and Petrobras again, in 2010. Mutual funds are managed by financial institutions.

In the process of privatizing Eletrobras, a cap of R$6 billion was set for the global use of Eletrobras resources FGTS In the purchase of shares in the public offering. If orders exceed this maximum, a division will be performed.

Understand how the privatization of Eletrobras affects your electricity bill

Privatization funds can be an alternative for workers looking to improve the performance of their resources. However, there is no guarantee that this will happen. By law, the FGTS Earns 3% annually.

But in recent years, workers have also received a portion of the guaranty fund’s profits, generated from interest charged on loans for infrastructure, sanitation and home ownership projects. The distribution improved the return on the funds deposited in the fund.

According to an analysis by XP, investment in diversifying portfolios has paid off with resources FGTS In previous operations (Petrobras and Vale do Rio Doce).

Investors who left their money invested only in it FGTS He earned a return of 136.09% [2002 a 2022]. For an investor who invested in the FMP simulator of Vale da Rio Doce, one of the options presented on the market, the return was 2,235.13%. For an investor who put resources into the simulated Petrobras Fund, which is another option that has been put on the market, it has generated a return of 649.36% in the same period,” the brokerage reported.

According to the rules, workers’ participation in the privatization of mutual funds, with resources from FGTSmay occur individually or through an investment club (CI-FGTSIt is managed by an organization authorized by the Securities and Exchange Commission (CVM).

“If there is a prior retention/blocking of part or all of an agent’s linked account balance, the amount available for the FMP application will be limited to the remaining available resource,” Caixa explained.

by the rules, The worker may authorize, by applying FGTSthe enterprise that manages the joint allotment fund to consult the balance and reserve request, and the debtor, for a portion of its account balance FGTS for privatization.

“Only after twelve months from the date of application can there be a withdrawal with consequent return on investment to FGTS‘, informed Caixa. For this to happen, the request will be made by the account holder associated with the FMP-administrator.FGTS or CI-FGTS.

to be used FGTS In the purchase of a ready-made or under construction house, in the payment of part of the installments and in the repayment of the balance due for financing from the Housing Finance Scheme (SFH) or extraordinary settlement thereof, and the return of the amounts invested in the mortgage scheme-FGTS It may be total or partial.

Financial institutions that manage privatization mutual funds, in turn, must provide workers with:

The interim measure that allowed the privatization of Eletrobras was He was sanctioned in July last year by President Jair Bolsonaro.

The expectation is to sell the controlling stake It could generate 100 billion Brazilian reals for the public treasury. At the end of February, Eletrobras shareholders The operation was authorized at the Extraordinary General Assembly meeting.

With privatization, the government will not be the biggest partner in the company. Today he owns more than 60% of those shares, and the goal is to hold 45%.

The government intends to turn Eletrobras into a “company”, a private company without a specific controller. A similar model was adopted in the privatization of Embraer.

According to the government, privatization will restore the company’s investment capacity in power generation and transmission It can reduce your electric bill.

Entities in the sector, however, claim that The calculation will be more expensivebecause the representatives and senators included in the text are measures that generate costs for consumers. 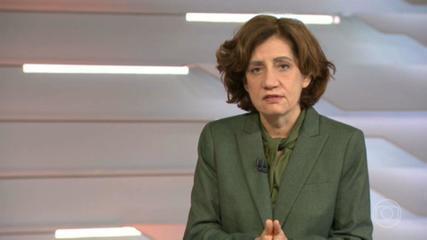 “The electricity bill may be more expensive because of privatization,” Myriam Letau says of Eletrobrás

Smiles offers a 70% bonus on points transfer. paying off