The US Treasury has disclosed that all assets and interests owned by the above-mentioned individuals located in we or in the possession or control of persons from the United States who are prohibited and must be reported to OFAC.

Putin: We are preparing for sanctions

European Union countries, for their part, He agreed to freeze any European assets of the Russian President and Foreign Minister Sergei Lavrov.

European action against Putin and Lavrov was confirmed as envoys from 27 EU member states agreed on a new wave of measures – the second this week – to target Russia’s elite and shut down 70% of the country’s banking system.

“Now we are including President Putin and Foreign Minister Lavrov as well,” German Foreign Minister Annalena Barbock said as she joined her fellow European Union colleagues in approving the new sanctions.

“They are responsible for the deaths of innocent people in Ukraine To trample on the international system. We as Europeans do not accept that.”

A senior EU diplomat said that while Russian leaders may not have significant assets in Europe, moving against them personally has. “A politically significant signal”.

Josep Borrell, the EU’s foreign policy coordinator, said Putin now joins only two other world leaders who have been sanctioned by the bloc: Syrian President Bashar al-Assad and President of Belarus Alexander Lukashenko. Both mentioned, however, are still in power and have Putin’s support.

The Kremlin responded that sanctions against Putin and his adviser showed the “impotence” of Western countries, a spokeswoman for the Russian Foreign Ministry noted.

“The sanctions against the president and the foreign minister are an example and a demonstration of the complete impotence of their foreign policy,” spokeswoman Maria Zakharova told Russian television.

Borrell said the latest round of sanctions may be followed by a third round, although that will only happen if necessary. 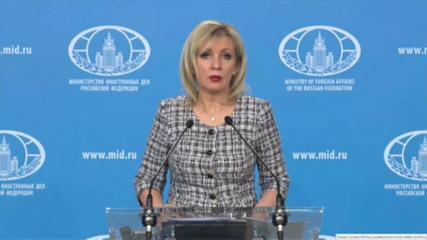 On Friday, the British government ordered the suspension of the assets of the Russian president, Russian President Vladimir Putinand its advisor, Sergei Lavrov, in response to the Russian invasion Ukraine.

The measure was published by the British Treasury, which includes the two leaders in the Russian oligarch’s list with assets or bank accounts in United kingdomRoss was punished.