WhatsApp has posted on its blog a sort of recap of the major new features launched for the app in 2022. The highlight of the post was the changes to video and voice calls, which are protected by end-to-end encryption.

Additionally, we took the opportunity to highlight some more news released to the general public this year that may have been overlooked by some users. paying off!

WhatsApp has published a blog post celebrating the end of another year and highlighting some of the changes and improvements released during the year 2022 for its users. The highlight was the features and functionality that improved the app’s voice and video calls.

One of these functions was the ability to create links to invite people to video calls, which makes this task easier and the ability to quickly invite several people. Other new things include the ability to mute participants and also the ability to send a private message even during calls.

And perhaps one of the most welcome improvements is the increased capacity for the number of people on a video call, which has increased to a maximum of 32 people, about 4 times more than before.

They also highlighted some of the changes that have occurred in the design of the application to facilitate these calls, such as the colored waveforms that show who is speaking at the time of the conference.

Another advantage is the arrival of banner notifications during a call, which appear when a new participant is added to the call. Finally, Picture-in-Picture on iOS, which is currently in beta testing but is already set to be released to everyone next year, offering the ability to put the call into PiP mode to do other things on the phone while you’re engaged.

Other interesting new features released in the app in 2022

In addition to these improvements highlighted by WhatsApp, we can also mention some features launched in 2022 that have helped the application continue to be increasingly complete. Some of them are small additions and more modest functions, others are novelties that many have already been waiting for.

Therefore, let’s remember some of them, remembering that we only take into account those that are already available to everyone and not those that are still in the testing phase, as in the case of using the application on two devices at the same time.

We put them in order of their release.

Listen to audios with a mini chat

Before, when you started listening to audio in a conversation, you had to keep it open until the end of the audio message. However, this novelty has arrived to facilitate this process. You can now minimize the chat and the voice message will continue to play even if you open another app or open another conversation in the same messenger.

Reply to messages with emojis 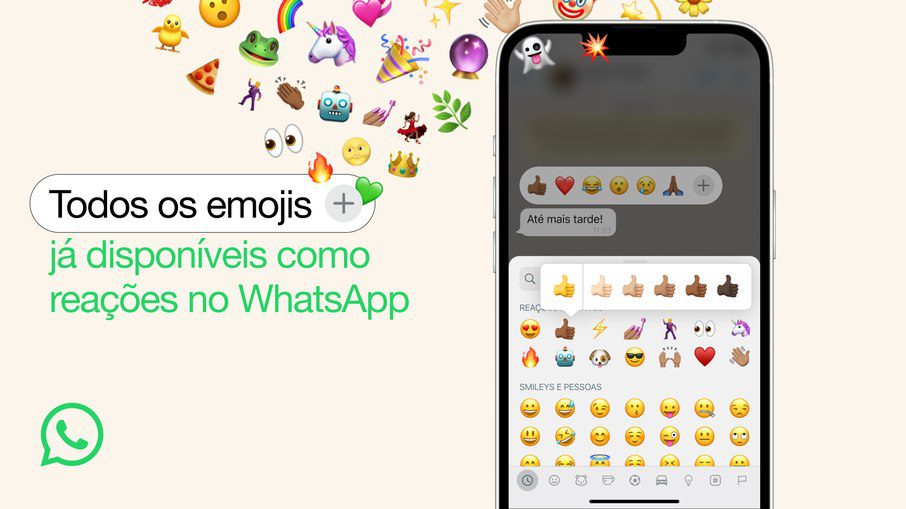 One of the most awaited and successful updates was the ability to reply to and respond to WhatsApp messages using emojis. And best of all, you can Choose any of the available emojisand not just in a limited selection, as was the case when the novelty was launched in April.

The paid version of WhatsApp Business 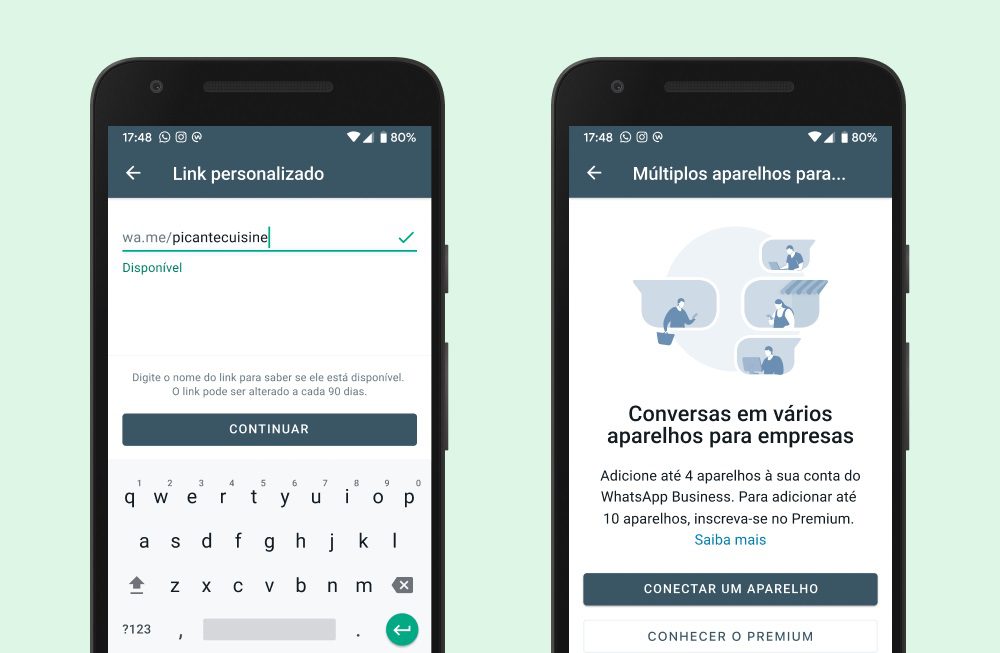 WhatsApp Business, called WhatsApp Business, also received a very important update, which is the arrival of the paid messaging option. It brings a series of advantages for those who have their own business and use the messenger as their main communication tool and even for marketing. Among these benefits is the option to create a custom share link and the ability to use the account on up to 10 devices simultaneously.

Another novelty that arrived in 2022 and was welcomed by many users was the possibility of tTransfer your data from your Android device to iOS🇧🇷 The novelty of the app is now available and makes this process much simpler and easier for those who change smartphones. With it, it is possible to transfer both the conversation history, media files, profile picture, and the selected settings. 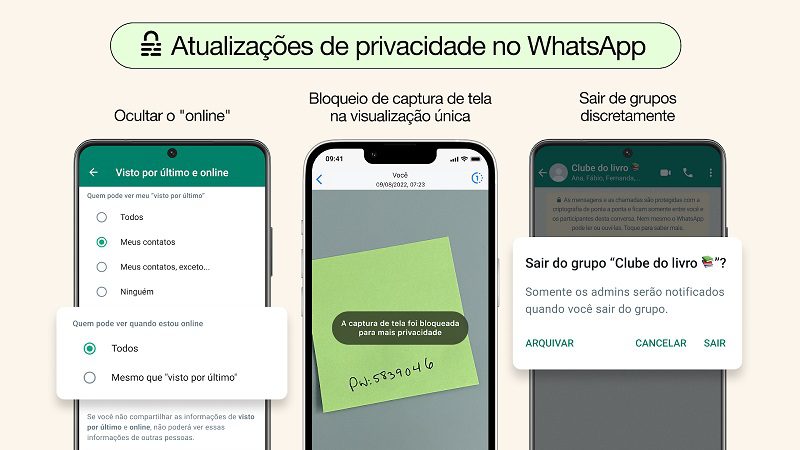 This update isn’t exactly a big deal, but it can help you avoid unpleasant situations. It allows the user Leave a group without seeing others in the groupFor administrators only. Before, when someone left the group, it would appear as a message to everyone.

Extend the time to delete a message

One of the most loved features of WhatsApp is the ability to delete a message that was sent by mistake. This feature has been around for a while, but this year they extended the timeframe for that to happen, and now you You have up to 2 days and 12 hours to regret a shipment and delete. 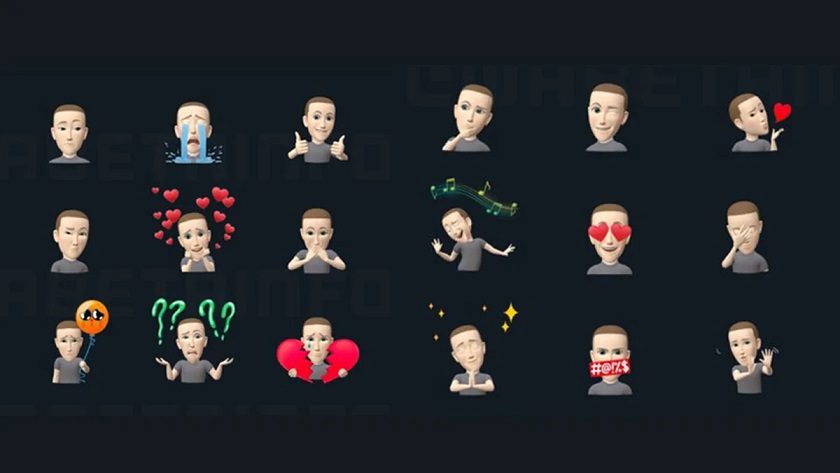 As with Facebook and Instagram, It is now possible to create a custom avatar Also on WhatsApp. In the case of the messenger, you can use it as stickers to send during conversations or even as a profile picture. Just go to Settings and find the Avatar option.

Order an Uber via WhatsApp

One of the latest WhatsApp updates allows you to get it Request an Uber through the same messenger🇧🇷 To do this, you must already have an account registered with the service, then start a conversation with Uber’s WhatsApp number: (11) 94488-3478 to request a ride. As with trips through the Uber app, they also have driver verification and security features. However, only cash is paid directly with the driver, no card can be used.

Unable to take a screenshot of the single view media

WhatsApp has the function of sending photos and videos for a single view, that is, after seeing them, they are automatically deleted. This mainly serves to keep these documents private, or as a way to share a password that won’t be saved, for example. So this year they also released an update Prevents the user from taking a screenshot of a temporary preview filewhich guarantees this security.