We have already seen some Xiaomi TV Stick Pictures Leaked Online Today, more details about the device were revealed in the FCC certification it received. The certified model is MDZ-27-AA where images of Xiaomi TV Stick have been published showing some details of the device and its remote control.

As you can see below, the images are similar to the ones we’ve seen before. It displays a device with a different design than the current generation, which avoids confusion when buying a device when it is released. On the other hand, the controller is still quite similar to the Mi TV Stick. 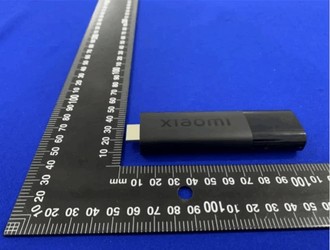 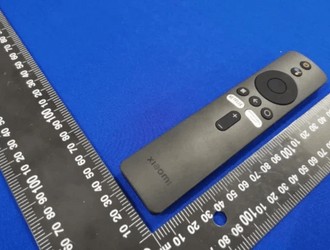 Speaking of features, the Xiaomi TV Stick is capable of download speeds of up to 433.3Mbps and has a bandwidth of up to 150Mbps, as well as an Amlogic S905Y4 processor combined with a quad-core Cortex A35 processor with 16500+ DMIPS capable of delivering 4K images quickly 60 frames per second with 10-bit color depth. The GPU is Mali G31 MP3 running at 850MHz.

In addition, Xiaomi TV Stick supports various audio and video codecs such as:

Still talking about the picture, it will also be compatible with TVs that support pictures in HDR10, HDR10 +, Dolby Vision, Dolby Atmos and DTS HD.

The Xiaomi TV Stick Power Adapter is 5W and the kit should still include an HDMI extension. The remote control has a Google Assistant button for search and voice commands and must use two AAA batteries to function.

Finally, we still don’t know when exactly the Xiaomi TV Stick will be announced, but we think the date shouldn’t be far off, as it has already received FCC certification.

Xiaomi may be about to add another product to its competitive streaming device market. last year , The Chinese manufacturer launched Mi TV Stick, a multimedia device built on Android TV, but it appears that it is indeed a newer version of the device, according to some images obtained by the certification body.

Exhibitions and events
since 09

Two clues indicate that this is a different product from the one on the market: the absence of the “Mi” logo and its replacement with the “Xiaomi” logo and the dimensions. The first point can be justified by assuming that it is a prototype not intended for sale, but we must not forget that Xiaomi has formalized the abandonment of the “Mi” branding on its new smartphones, to extend this to other segments of their product ecosystem. 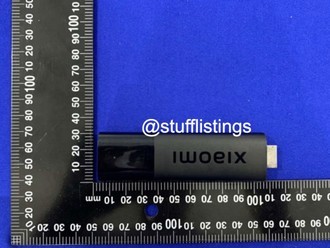 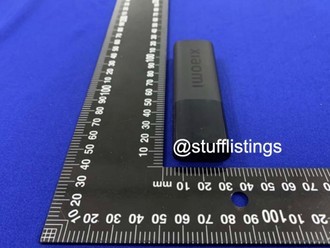 As for the dimensions, the new model is slightly longer: just over 11 cm compared to 9.24 on the current model. Width remains at 3 cm. Despite this, the design does not show significant changes, with the biggest advantage being on the body of the device, the supposed new version has a glossy finish, while the version available in the market has a matte look.

The technical characteristics of this new version have also not been revealed, which makes it difficult to tell if this is in fact a new model or just a visual redesign.

It is possible that the increase in size was justified by a review of the internal components, but we will have to wait for more consistent details to confirm this.

Did you like this new version of Xiaomi TV Stick? Will it be released here?