Confirmations of Covid-19 cases increased by more than 50-fold in Juiz de Fora in the past month. The balance, provided by the Tribunal of Epidemiological Bulletins of the Municipality of Juiz de Fora (PJF), compared the diagnoses recorded in the week of October 31 to November 7, when there were only 12 confirmations in seven days, and the day from November 30 to December 7, when it increased This number to 603 cases.

The growth of Covid-19 cases in the municipality has been progressive over the weeks. From 7 to 16 November, there were 86 confirmations (in this case, the period studied was nine days because there was no release of the epidemiological bulletin on the 14th, the 16th being the closest). Between November 16 and 23, 188 cases were diagnosed. The following week, from 23 to 30 November, the number of cases increased further, jumping to 483 confirmations in the seven-day period.

The last bulletin issued by the AKP until the end of this edition was on December 7th. In this way, looking at the month leading up to this post (from 7 November to 7 December), there were 1,360 new confirmations of Covid-19 in the municipality. With regard to deaths, Juiz de Fora recorded seven victims of the disease in the same period.

According to data from the epidemiological bulletin released this Monday (12) by the state health ministry (SES-MG), Minas had 85,233 new confirmed cases within a month. The number of deaths in the same period was 1,644. Looking at the past week, since December 5 there have been 30,973 cases of the disease and 54 deaths.

New variants are responsible for the increase in cases

The growth in the number of Covid-19 cases is mainly related to the circulation of new variants BA4 and BA5, which originated from Micron. These are more transmissible than previous strains, according to the infectious disease doctor and in charge of the Health Surveillance Sector of the University Hospital (HU) of the Federal University of Jos de Fora (UFJF), Rodrigo Daniel de Souza. The increase also coincides with the fact that people have stopped the constant use of masks.

Despite the high infection rate, there has been no increase in serious cases. “Fortunately, this strain has shown that, in proportion, there are no expected increases in hospitalizations and deaths at the same rate. But they will happen, so one should not be quiet,” he warns. “If this strain had the same severity and lethality as its predecessors, we would indeed be in a catastrophic situation, because the number of cases is very high.”

According to the specialist, the positivity rate for these variants is also higher. This means that, among the notifications of suspected cases, a significant portion have been confirmed to have Covid-19. This month, that rate is close to 50%. He explains that in the worst-case months, like in July last year, that rate was 35%. “It started to increase in the last two weeks of November. We got to 27% positive. So, out of every four tests that arrived, one was for Covid-19. Now, for every two that arrive, one is covid. This disease is really prevalent among other causes of respiratory infections.”

In addition, because the cases are mild, with a common cold and no high fever, many people are not being tested, which can lead to cases being underreported. According to the infection doctor, the most severe symptoms have only affected people with poor health or who have not been vaccinated against Covid-19. 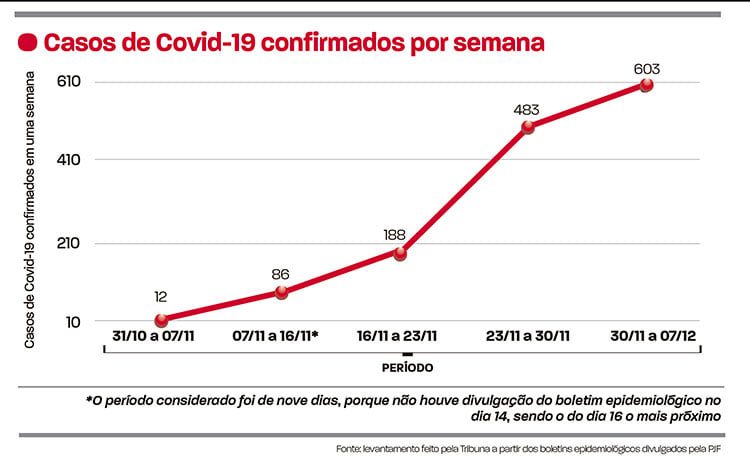 Brazil receives a vaccine against the new strains

In recent days, Brazil has started receiving doses of the bivalent BA1 vaccine, which protects against the original Micron variant and the BA1 variant. The first batch arrived last Friday (9), with 1.4 million doses, and the second, on Sunday (11), with 1.6 million doses.
There are still no expectations for the application of the new immunity. According to the Ministry of Health, a technical note is scheduled to be published in the coming days to inform the target audience and the application and distribution of doses. Also according to the folder, the country will also soon get immunizations against variants BA4 and BA5.

According to infection scientist Rodrigo Daniel de Souza, the first vaccines against Covid-19 used the first coronavirus that circulated as a model. Two bivalent vaccines have been approved by Anvisa in Brazil, one carrying, in its formulation, this original virus and the BA1 variant, and the other also the original, but with BA4 and BA5 variants. “The two bivalents are more similar to the virus that is spreading more now, as it has undergone many mutations. When we start vaccinating against these strains, the protection and defense to prevent this disease will greatly increase, making it difficult for it to have large peaks and increase in the number of cases, Unless a new variable appears.

In this way, according to the infectious disease specialist, it is necessary that the new vaccines be distributed quickly to prevent the number of cases from increasing at a significant rate and to avoid serious cases. While this is not happening, as there is no further research on increasing doses of other vaccines – such as the fifth dose for the elderly and the general population – for now, updating vaccination should be a priority. “If a person has never been vaccinated and is behind on their vaccination schedule, they need to keep up with the recommended number of doses per dose,” he stresses.

Masks are mandatory in health services

When asked about the measures related to the increase in the number of Covid-19 cases in Juiz de Fora, the PJF, through the Secretariat of Health (SS), reports that as a means of combating the spread of the disease, Back with the obligation of masks in public and private health services for primary health care, secondary care, specialty care, long-stay institutions, therapeutic communities and residential services🇧🇷

“In addition, the PJF continues to carry out the vaccination campaign, from Monday to Friday, in 20 basic health units (BHU), in the Department of Health for Pregnant Women, Children and Adolescents (DSMGCA) and in the Health of the Elderly (SASI). On Saturday, vaccinations are applied in the Center Health Surveillance”, reinforced the note.

Also according to the PJF, expansions in vaccination target audiences are done through guidance and technical notes from the Department of Health and the State Health Secretariat (SES-MG).