For the Retail Fuel Trade Federation (Sindicombustíveis-DF), the Federal District and other states in the Federation may run out of gasoline. According to the president of the federation, Paulo Tavares, although More than last Monday (10/11/11), there is still a lag in the prices charged Petrobras.

“There may already be a shortage of products, as importing fuel is much more expensive. Petrobras is self-sufficient in oil, but it cannot refine enough for the country’s domestic consumption, so distributors are now trying to buy from Petrobras because it is cheaper than importing,” Paulo explained.

In this scenario, the Sindicombustíveis president said distributors are “shifting the cost to resale, thus holding Petrobras and the government responsible for this potential increase in order to make up for the Petrobras gap.”

A proposal to reduce the tax on the circulation of goods and services is being processed by the National Congress (ICMS). If approved, the price gasoline At stations in the Federal District there may be a reduction of R$ 0.60.

According to Supplementary Bill (PLP) No. 11/21, approved by federal deputies, the ICMS reduction on fuel in Brazil will be 8% on average. in union accounts, In DF the average will be 9%If it is approved according to the data in force on Thursday (14/10).

Gasoline reaches approximately R$6 in DF. See the value in the posts 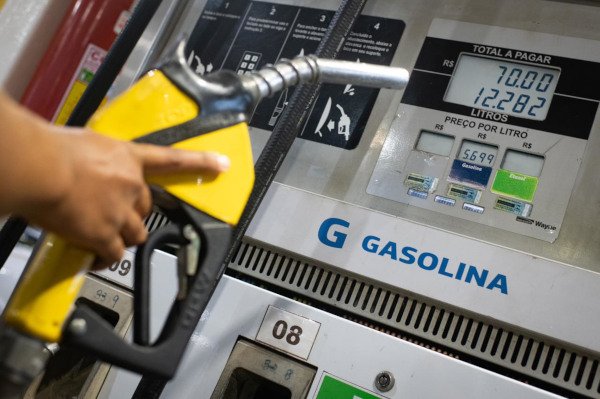 Gasoline reaches approximately R$6 in DF. See the value in the posts

A worker can get 100,000 Brazilian riyals from FGTS | brazil news | Online Diary