Everything that happens in space today is usually news. Human proximity with the introduction of new technologies has allowed us to learn a lot about what is happening outside Earth.

In a recent report, the European Space Agency revealed that there are more than 30,000 space debris in Earth’s orbit that are regularly identified and monitored by observational networks.

Earth's orbit: The amount of space junk continues to rise

The European Space Agency's 2022 Space Environment Report highlights that the amount of space junk is constantly increasing. According to the report, 30,920 debris has been recorded in Earth orbit. The report also reveals that more and more satellites are being launched into space, including groups of small communications satellites, and a few "heavily crowded" low Earth orbiters are being removed after their mission is over.

According to the European Space Agency, There are currently 8,300 satellites in space, of which 5,400 are active. Many satellites have to be diverted from objects (missiles, spacecraft, satellites ...) that were launched several decades ago and fragmented.

In April, one of the satellites of the European Earth Observation Program Copernicus had to perform a maneuver to avoid collision with a fragment of a missile launched 30 years ago. 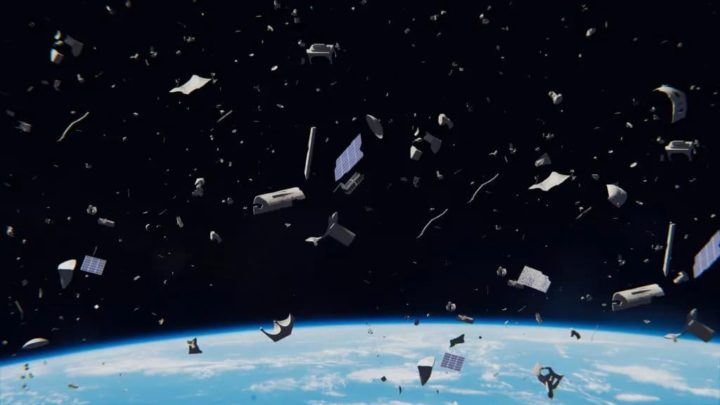 The ESA report estimates the number of ruptures, explosions, collisions or anomalous events that led to the fragmentation at more than 630.

Not all space debris is indexed and tracked. Based on statistical models, the European Space Agency estimates that there are 36,500 debris larger than 10 centimeters, over a million with a size between 1 and 10 centimeters and 130 million with 1 millimeter to 1 centimeter in size.

Scheduled to launch in 2025, the ClearSpace-1 mission will be the first ESA mission dedicated to removing space debris, in this case a piece from a rocket sent in 2013.