Psychological support is a positive factor, not only for young people, but for everyone, especially for those who work with social networks.

The tragic death of 16-year-old Lucas Santos, son of singer Waliria Santos, who was the victim of anti-gay comments after posting a video with a friend on his TikTok account, has sparked controversy over the consequences that cyberbullying can bring. For the mental health of social network users.

Being exposed to criticism and judgments from followers, both known and unknown, is becoming increasingly common, for those who have an account on a social network and choose to share content, daily activities, and, in many cases, the intimate details of home life. This becomes an even greater necessity for those who work and depend on social media to support themselves financially. 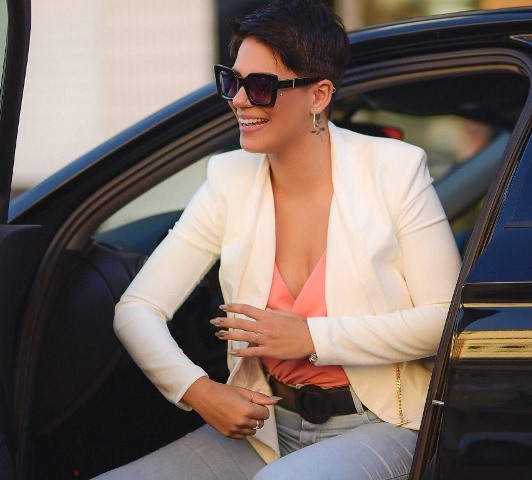 Model and digital influencer Giovanna Pugliese (Tweet embed), from Feira de Santana, worked with social networks in late 2017, after joining a modeling agency, where he did photo shoots and participated in television commercials.

The influencer began feeding her Instagram account more frequently with requests from her followers, sharing parts of her daily routine and her reflections on topics related to LGBTQI+ groups.

“I share a bit of my routine and try to convey to people that what we see on Instagram is only 1% of reality. We usually have image distortion when we open Instagram and only see smiles. I carry this thinking a lot to my followers, and I also share generalized anxiety disorder, and how can I Waking up in the morning on the day of the crisis, and what makes me feel good, like being physically active. Giovanna Pugliese told Acorda Cidade I really love addressing social issues related to LGBTQI+ groups, especially from my modern space, which is bisexuality.

But to deal with all the stress of being overexposed to networking and with her own personal issues, Giovanna had to turn to therapy. The influencer has already had embarrassing moments, being judged by other users for her ideas.

“I’ve had some embarrassing moments, especially on Tik Tok, where I actually got canceled for sharing a random video that talks about bisexuality. Of course, some of the criticism, when we get emotionally shaken up, we receive and take for ourselves. But it actually says more about the other than about myself. Today’s highlight. I live trying to filter, take it as a treatment agenda, and do self-analysis of what’s good for me and what I should ignore.”

She believes that people need to learn to develop more empathy on social networks and to see that the other, although acting as an influencer, is also going through problems.

“The message I want to leave is about empathy, because you don’t know the problems in the other person’s life, if they feel capable of solving them, and you have to have a sense of empathy and a sense of empathy. You can have a say in it, but when you give an opinion or say something , this person also has their own pain and may go through a difficult process, without knowing how to deal with it. So the word is empathy, because you have to be careful because it can be a catalyst.” 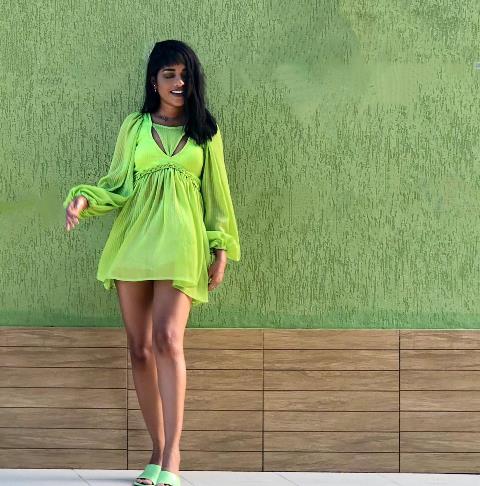 Fashion designer and influencer Thayla Luna (thylalunaaThey also dealt with criticism and judgments over their Instagram posts. On her account she offers advice on fashion, lifestyle, and topics she considers relevant, such as her evolution with therapy, racism and politics.

I lost a lot of followers after I started taking a political stand. But I try to make my Instagram more focused on what I believe in, without filters. At first, I filtered out a lot more fear of cancellation, than people might think, and nowadays I’ve been able to be more of myself,” she said.

According to Thayla, working as a fashion influencer has always been in her plans, but last year she decided to invest in a new field of work, which earned her new criticism and demands from some followers.

“I change fields completely, I’ve always worked with fashion, but now I’m finishing a body piercing course and working in a studio. It disappeared from my Instagram, because I was devoting myself more to it and left the contents a little aside. Also because I was a little frustrated with the social network and the issue of algorithms , in addition to the epidemic that has changed a lot. In my way of working with Instagram, there was the issue of events, and there was a lot of publicity, and with the epidemic, I went down and I was migrating from one area to another, and I don’t think it was shocking in general. Those who love it, Those who are the same as me can still find an identity, but there were some people who asked, it annoyed them, but I also thought it was normal,” he said.

The influencer also said that she has already had experiences and is still going through with people privately sending messages criticizing her work and the content she posts.

“Immediately at the beginning of the epidemic, a store was opened and I went, before opening time, just to see the store, there was no crowd. I went with the mask that matched the skirt, and a girl criticized me a lot, saying that I was using the mask as a fashion accessory, and that this was very wrong, And many other situations I had on the social network.I once talked about racism, because I watched several situations that happened to other people, my brothers, my mother, and when I was wearing dreads, I faced several questions, made videos, stories, criticized me, attempts to cancel, I went to Twitter. This left me very confused, and I wondered where I was speaking, but it was able to help me position myself well,” he recalls.

Another situation that shocked the influencer was criticism after she did an ad for a shoe store. “I did ‘general’ I talked about shoes, and said I had six shoes and they were essential to me. What I was trying to say was that they were fundamental in creating my look. Then a girl from the city taped IGTV in front of the room to say I don’t take responsibility for being an influence, and that I I am not responsible for the consumption, that what I consumed was not necessary, this became controversial in the whole city, many people became put on hold and I was very shocked, and the criticism you made did not make sense to me.”

To deal with all these situations, Thela also resorts to therapy. “Recently someone sent me a direct message that he was stopping stalking me and that I don’t need to block him, that I was posting class 5B content, and at first it really affected me, I deleted all my stories and the weekend went by without posting anything and it disappeared I have almost 25,000 followers but one review hurt me so much and left me sick for an entire weekend.So I talk to my friends, my psychiatrist and it made me think I was one person. He is unable to work with the internet and is not treated. He stressed that the verdict Advances on people on social networks are inevitable, because we build an image, we sell that image, and we are vulnerable to it.

For psychologist Lucilia Navarro, the issue of hypothetical judgment is an important issue that has been addressed for some time, but after the death of the singer’s son and Elkeria, it has returned to the fore in a much more effective way. 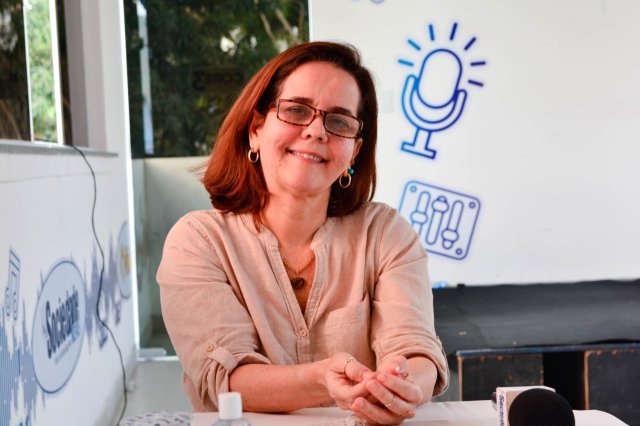 “It requires active attention in the family and the use of social resources in order for this topic to be addressed, through dialogue and interactions, mainly because the use of social networks becomes a space for speaking, and given the fact that a person does not need to identify himself, with the ‘illusion’ that it is possible to act The lines are without consequences.But the need for care is there precisely, because many times another person who is affected, as was the case with Lucas, receives the consequences, and that person does not have the emotional resources to do so, which can lead to his irreversibility of consequences or consequences that affect on a person’s life.”

The professional highlighted during an interview with Acorda Cidade, that virtual resources should not replace emotional and real resources, because they will support emotional formation and strengthening, because they can affect this young man in a very dangerous way emotionally, because they have not yet had the maturity to face these problems, which It can also occur with adults, but young people are more vulnerable and therefore may be affected by greater and even psychological consequences.

“The pandemic has had many consequences especially for young people. It will be a generation with wonderful sequels from that moment no doubt about it. It does not contain an introductory guide on what to do, but what can be directed would be about limiting and nurturing emotional relationships, including In it is as much care as possible between people, especially in families. Most of them are in dire need, but life, everything.”

Lucilia Navarro also advised that psychological support is a positive factor, not only for young people, but for everyone and especially for those who work with social networks. “They will encounter these situations that can affect them emotionally the most and this young man may not be really ready yet, after all he is also emotionally in training.” 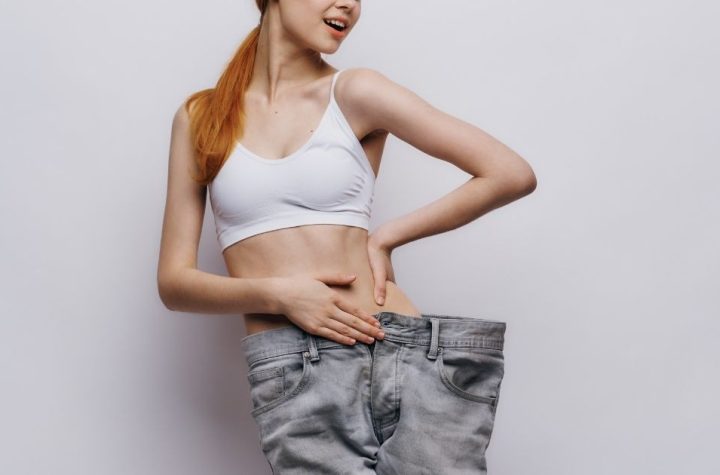 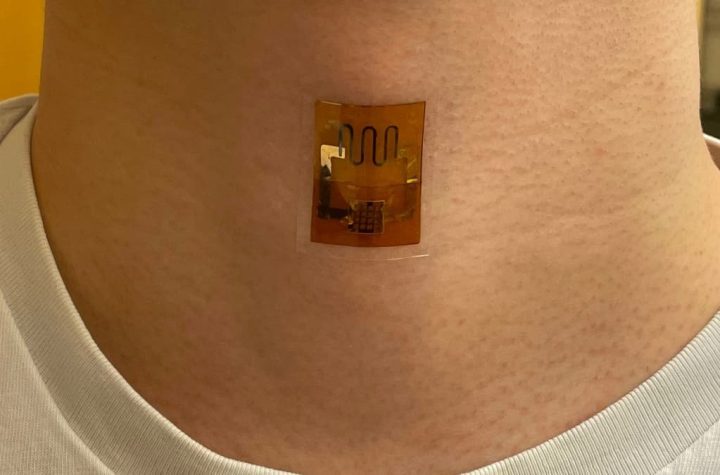 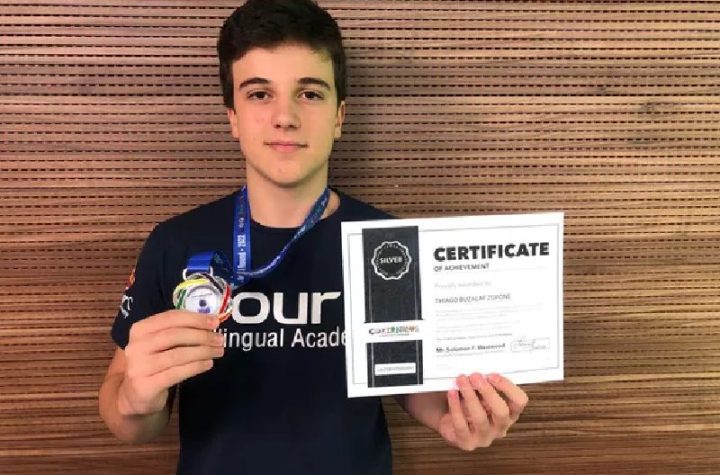