The launch of the new Toyota Yaris 2023 has been confirmed on August 9, when it will appear on videotape in Thailand, where it will make its world debut.

The compact sedan of the Japanese brand shows a new design that makes it more modern than the current generation, which was launched there in 2010 and was also produced in Brazil.

Codenamed D92A, the new Yaris will be built on the DNGA platform, which is Toyota’s low-cost Daihatsu version of TNGA. 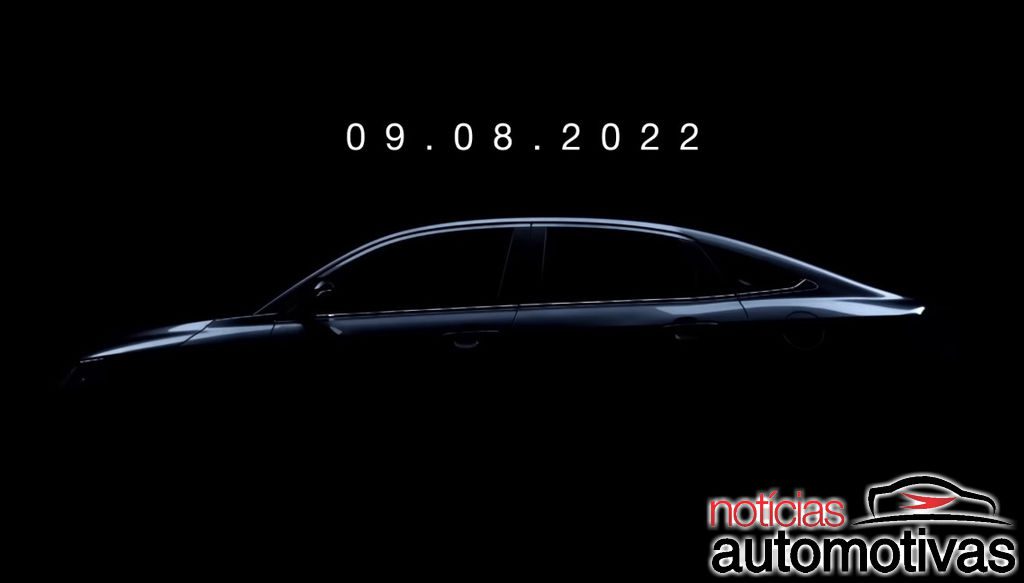 With a very streamlined and dynamic body, the new Yaris will have a short front end and a trunk almost without a horizontal hood, merging the overall design, closer to a coupe.

New compact, straight full LED front sports headlights, with extra-wide grille next to the bumper, attached to the Toyota logo and frieze that connects to the optics.

At the rear, the LED taillights have a new design and maintain the horizontal position of the current model, as they are cut off by the boot lid. 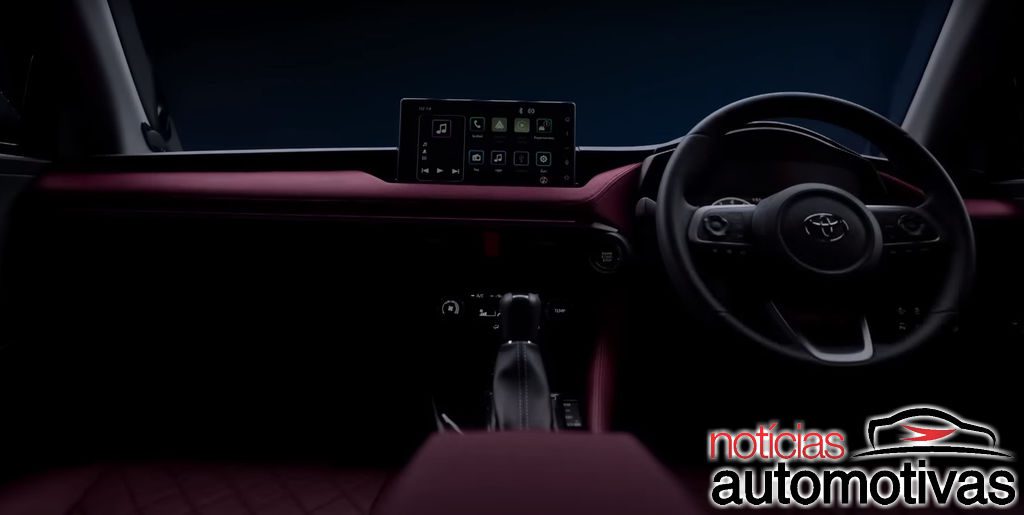 Inside, the New Yaris features an all-new panel that’s light years away from the current one, with a multimedia display shaded above the range, and a soft-coat finish with a choice of colours.

This finish extends to the console and, in the case of the Thai Yaris Ativ, in a beautiful burgundy color, continues on the armrests and leather seats with braided seams.

With the start button highlighted, the instrument panel on the New Yaris has automatic air conditioning, the paddle shifter base in gloss black, and a new steering wheel with paddle controls. 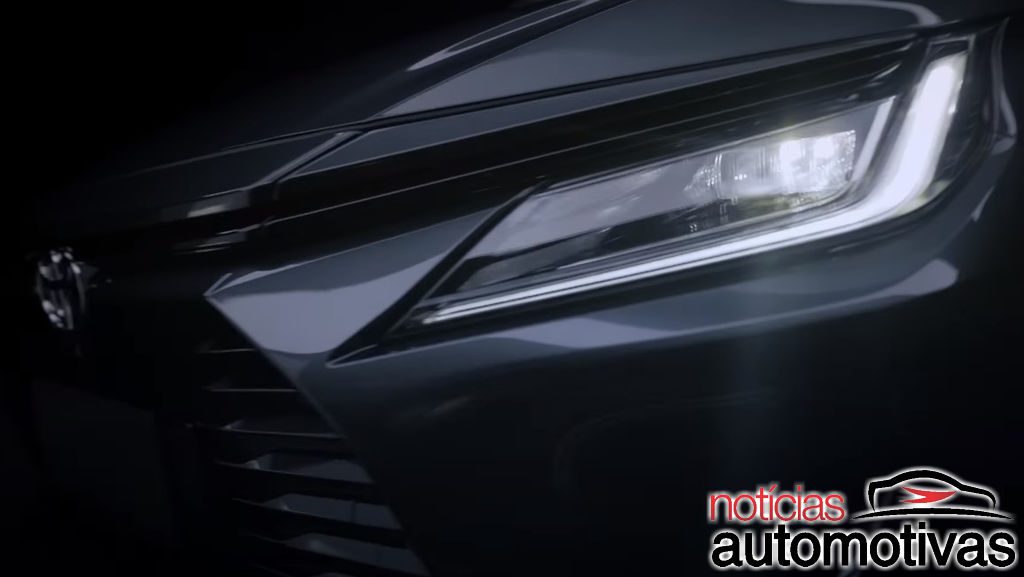 The range will also be new, but from what little we can see, it will focus on an analog-digital range, like the new generation of its Honda City rival, which is already on sale here.

With superior finish and seemingly more interior space, the New Yaris may not increase the trunk, but any loss won’t detract from the overall makeover a decade later. 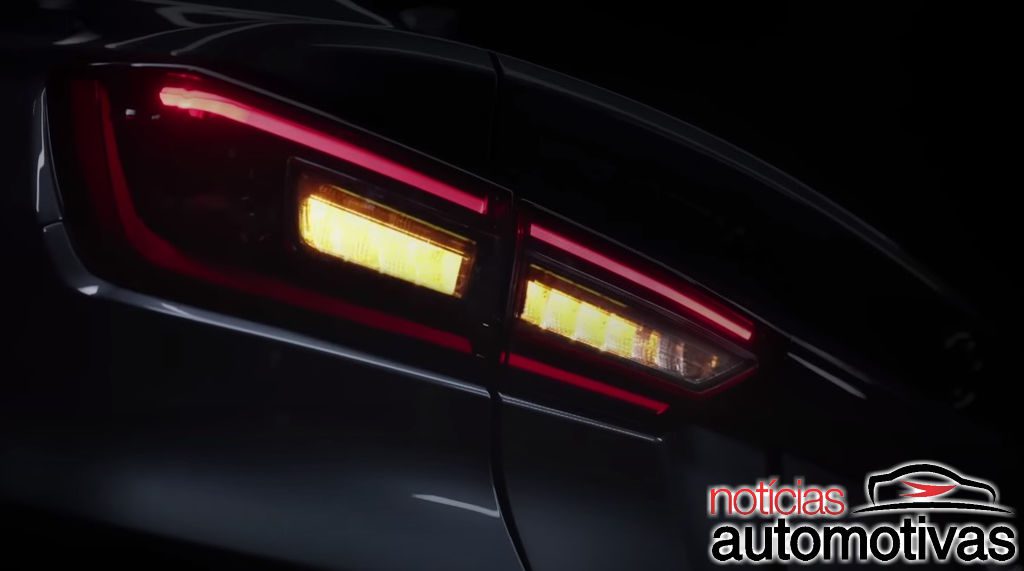 Offering 116 horsepower combined, the New Yaris will be a step lower than the Corolla Hybrid, which was upgraded there, which now boasts 131 horsepower.

It is also known that the new Toyota Yaris 2023 will have an E-Four version with all-wheel drive system provided by a third electric motor with 5.3 hp and 5.4 kgf per minute.

This is very interesting for the “nascent” Yaris Cross, while the other options will be 1.2 liters and 1.5 liters Dynamic Force 120 horsepower. 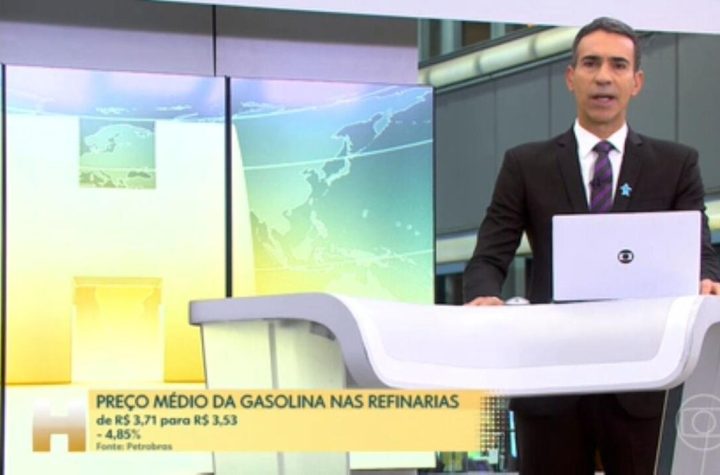 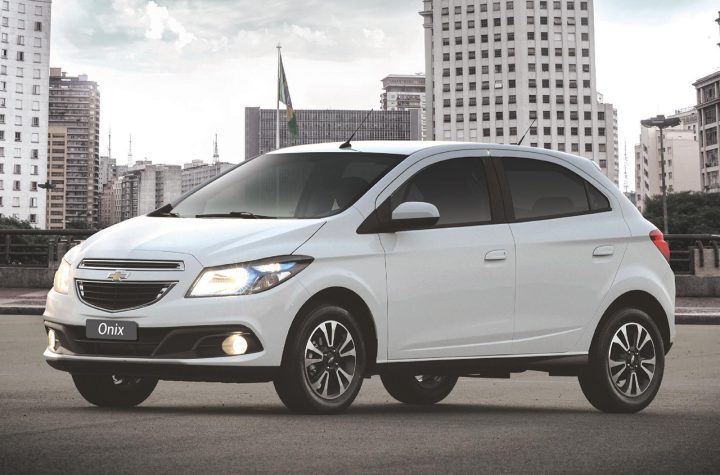