The conclusion of the vote still depends on the analysis of eight salient points (specific suggestions for changing the main text), which did not end until the last update of this article.

Once the committee stage has passed, the text will move to the plenary, where it needs to get at least 308 votes in two rounds for approval.

The KPC sets a limit, per fiscal year, for expenditures with court orders (union debts already recognized by the courts).

The text is one of the bets the federal government to make Brazil Aid, a social program that should replace Bolsa Familia.

Government Tries to reduce the amount of court orders to be paid in 2022 To be able to pay for the new social program with the rest of the money. The intent is for each family benefiting from the new program to receive at least one 400 BRL per month from next year.

The opinion committee’s approval of the proposal, prepared by the rapporteur, Rep. Hugo Motta (Republicans-PB), opens the budget space to fund the program without “discord”. spending cap, which limits the growth of most public spending for inflation.

In addition to restricting the payment of court orders, the KPC is changing the spending cap correction rule.

Currently, the equation takes into account the National Consumer Price Index (IPCA) calculated between July of one year and June of the following year. The period considered is this because it is the data available at the time the government has to send next year’s budget proposal to Congress.

With the change proposed by the KPC, the IPCA is calculated between January and December. This change in the calculation also affects the payment of court orders, since the government proposes to limit the increase in these expenses at the same rate.

The change seems simple, but as per the schedule, the Change in formula and payment limit for court orders unlocks nearly R$84 billion in expenses in 2022Election year. Practically speaking, the government will get this margin to get around the spending cap. Congressional technicians estimate that this budget space could be even larger and exceed R$95 billion.

The proposal to break the cap on the financing of the social program had a negative impact on the market (Videos below). 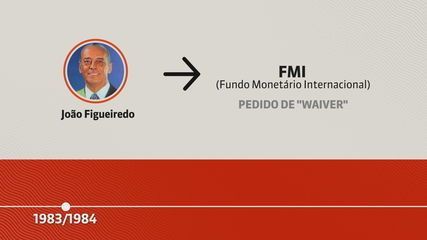 After all, what is a “compromise”? The term was used by Guedes to make Brazilian assistance possible

Before the vote, the rapporteur on the matter said nearly 17 million households would benefit, and argued that the text complies with financial rules.

“We’re really worried about doing social things, being able to get that help, but we’re also more concerned about continuing to comply with the financial rules, because there’s no point in being financially irresponsible here, because that’s going to culminate in more inflation,” Hugo Motta said. We know that there is no point in giving with one hand and taking it with the other.”

The controversial proposal was the target of criticism in the Special Committee. Parliamentarians, most of whom are from the opposition, claim that the change is a way to “default” on court orders.

“What is being done here, in fact, is a default. We will default on the precatório debt in the country. For this reason, the opposition cannot accept the hasty and wholly illogical way in which the government conducts this policy,” said MP Pera do Pindari. (PSB-MA).

Gelson Marquez (Novo-SC) criticized the changes of opinion, minutes before the hearing began.

“It is a very complex issue with a high financial, social and financial impact. It is not possible, in a technical way, to analyze all the contexts, impacts, and consequences related to this,” the congressman said.

Defending the proposal, the chamber’s president, Arthur Lyra (PP-AL), attended the session for a few minutes, but did not want to speak to the press. On other occasions, he has said the club is a priority in the House of Representatives.

The proposed rule in the Presidential Election Commission, according to congressional technologists, is to “fully address the issues” – that is, they were thought to be resolved only in the next year.

From 2023 onwards, there is no guarantee that the January-December calculation will be better than the current model. That is, the change could include tightening of federal budgets in subsequent years.

The change in the report, submitted on Thursday, pushes the new value of Auxílio Brasil, of R$400, that the government officially announced on Wednesday (20). The government wants to adjust the Bolsa Família by 20% and then reach R$400 with a “temporary subsidy”.

By creating a temporary program, the federal government is relieved to point to a new permanent source of funds – this is the main difficulty the economic team faces in making Auxílio Brasil possible.

Congressional technicians have heard before g 1 And by TV Globo, they also claim that opening this budget slack in 2022 could prompt the government to spend more resources to meet parliamentarians’ requests – for example, with decision amendments, which have been criticized for a lack of transparency.

Motta had already read a report about it two weeks ago. On that occasion, the fatwa stipulated a court-order spending limit for each fiscal year, which, if approved, would open up R$50 billion budget space to fund the program without breaching the spending cap.

On Thursday, when introducing the new version, Motta made it clear that the change would include Auxílio Brasil in next year’s accounts.

“We make corrections to the spending cap from January to December each year, so that we can find a way out of the fiscal space necessary to take care of those most in need,” the rapporteur said.

Practically speaking, the change in the monetary correction to the spending cap nearly doubles the fiscal slump caused by the PEC dos Precatórios – which will go from R$50 billion to between R$80 billion and R$90 billion.

The number had already been predicted by the commenter on g 1 and GloboNews Julia Doilibe. Watch the video below: 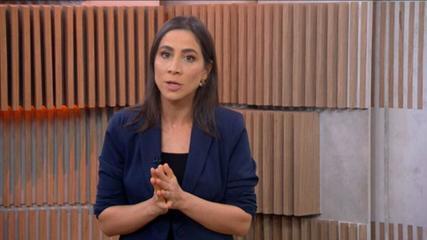 Until this year, the government was paying for court orders in full. As of 2022, the account will go from R$54.7 billion to about R$90 billion, making the launch of the new social program not possible, according to the executive branch.

Therefore, the club sets a ceiling for spending on court orders, and opens up the financial space for financing the program. Changing the correction period also helps free up more room in the budget.

The government announced on Wednesday (20) that the Auxílio Brasil should be worth R$400.

To allow for these expenditures, Economy Minister Paulo Guedes said he would study a way to change the spending cap. This amendment was presented Thursday at the PEC dos Precatórios.

The report expects that if the new account is approved, the demand in the 2021 budget will be limited to 15 billion Brazilian riyals.

That is, if this happens, the balance should be used exclusively for expenses related to vaccination against Covid or “related to emergency and temporary measures of a social and economic nature” – which can also include expenses for Brazilian aid.

In technicians’ assessment, this device may address a gap in vaccination resources next year. As the government submitted the 2022 draft budget without the budget forecasts for immunization agents, these forecasts will be a way to secure the remaining amounts in 2021.