According to a study published by Penn State University (USA), the cassowary, considered the most dangerous bird in the world, may be the first individual of its kind to be domesticated by humans about 18 thousand years ago. The research indicates that the breeding process occurred even before the specimens were born, because the unhulled eggs were collected in the ancient area now occupied by New Guinea.

The study was based on the analysis of more than a thousand pieces of tree bark egg Fossils found during excavations of rock shelters used by fishermen and harvesters in New Guinea. Carbon dating processes have indicated that the artifacts range in age from 18,000 to 6,000 years, and fall around the same time that humans domesticated the first species of chicken.

Parallel to noticing the fragments, use the experts Three-dimensional images High accuracy for examining the interior of the eggs of live animals, such as turkeys, rhesus and ostriches, allowing the construction of a model that presents several copies of eggs during all incubation processes. Thus, when compared with artifacts from shelters, the scientists concluded that most of the fossils were mature and fully formed embryos.

To create or eat?

According to Christina Douglas, assistant professor of anthropology and African studies at Penn State University, it appears that humans were collecting eggs for reproduction as well as for food. This is because the texture of the material in the shell is varied, and while some showed signs of ripening, others showed evidence of nothing inside. 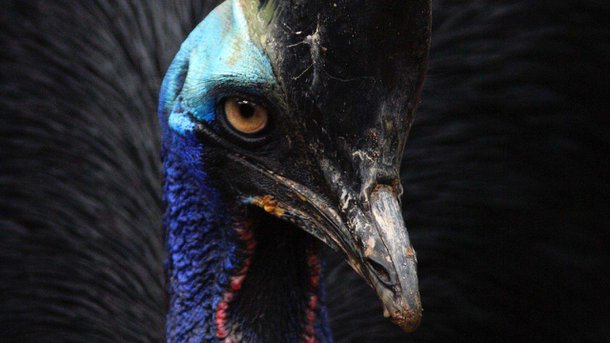 Cassowary eggs were then boiled and consumed only when the internal content was completely liquid. “Today in the highlands, people raise cassowary chicks to adulthood to collect feathers and consume or sell the birds. Cassowaries were probably highly prized in the past, as they are among the largest vertebrates in New Guinea,” Douglas said.

The expert also suggests that hunters find the animals’ nests when they pursue the males, as they do not leave the nest until there is another mate supervising them and do not go out to search for food during the incubation stage.

The most dangerous bird in the world

With physical properties that are similar to those of dinosaursThe cassowary is the largest vertebrate found in New Guinea and serves as a raw material for the manufacture of ornaments, accessories and ceremonial clothing. The group is currently divided into three species, geographically located in New Guinea and Australia, the smallest of which, the dwarf cassowary, can weigh up to 20 kilograms.

The animal attracts attention due to its long claws and because it is very territorial, which indicates a certain aggressiveness against threats to its territory. However, their domestication does not completely outlast the possibilities, as the animal has been known to cling to the first thing it sees after emerging from the egg.