NS Taliban Violently suppressed a demonstration in the city of Jalalabad in Afghanistan, this Wednesday (18). Members of the extremist group fired into a crowd and beat protesters.

At least three people were killed and 12 wounded, according to Reuters and Al Jazeera network.

The protest started because the Taliban took the flag of Afghanistan from a monument in the center of the city and placed its own flag.

A large part of the city’s citizens did not like the change and decided to protest.

According to the New York Times, hundreds of protesters staged a protest on the city’s main shopping street. They were holding the flag of Afghanistan, whistling and screaming.

Taliban members fired into the air to disperse the crowd. This did not happen. Then the Taliban began attacking the demonstrators.

Video: Taliban leader Abdul Ghani Baradar gets off the plane upon his arrival in Afghanistan

The city taken after an agreement with the extremists

Jalalabad is close to the main Afghan border with Pakistan and is an important trading center.

The Taliban took control of the city four days ago. There was not much fighting: local leaders came to an agreement with the extremists.

Protests also erupted in the southern city of Khost.

The Taliban’s response to the demonstration in Jalalabad shows that the group’s leaders’ attempt to present themselves as moderates can only be in words. “We don’t want Afghanistan as a battlefield,” Zabihullah Mujahid, the group’s spokesman, told a news conference on Tuesday. 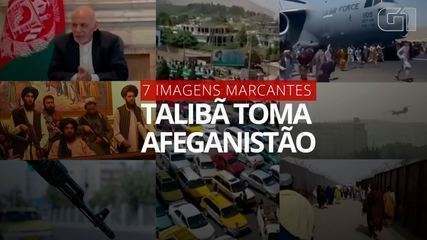 Wednesday’s clashes took place outside Kabul airport – and there are still many people trying to flee Afghanistan.

And at least 17 people were injured, according to information from a North Atlantic Treaty Organization (NATO) agent at the scene and relayed to the “New York Times”.

The US military took control of the interior of the airport and flights resumed. However, on the outside, the situation is chaotic.