Ubisoft just announced that the Ubisoft Subscription Service+ (“Game Pass” for the publisher) arrived today (19) in Brazil. With more than 100 games available on PC only, the price will be $49.99 per month. Among the benefits of the subscription is the option to play newly released games, downloadable content, and many other old titles from the company without having to purchase them.

Ubisoft+ has been around since 2019 in the US and Europe and had a proposal to bring the company’s catalog for a monthly subscription. By contracting with the service, users can take advantage of a diverse and growing catalog of titles, including:

Additionally, the company revealed that Ubisoft+ users will get monthly rewards such as customization items, boosters, and other content that can be redeemed and used in games – possibly something very similar to existing Ubisoft Rewards. Over time, subscribers will be able to advance into a four-tier ranking (Bronze, Silver, Gold and Platinum) and win exclusive prizes from each of them. 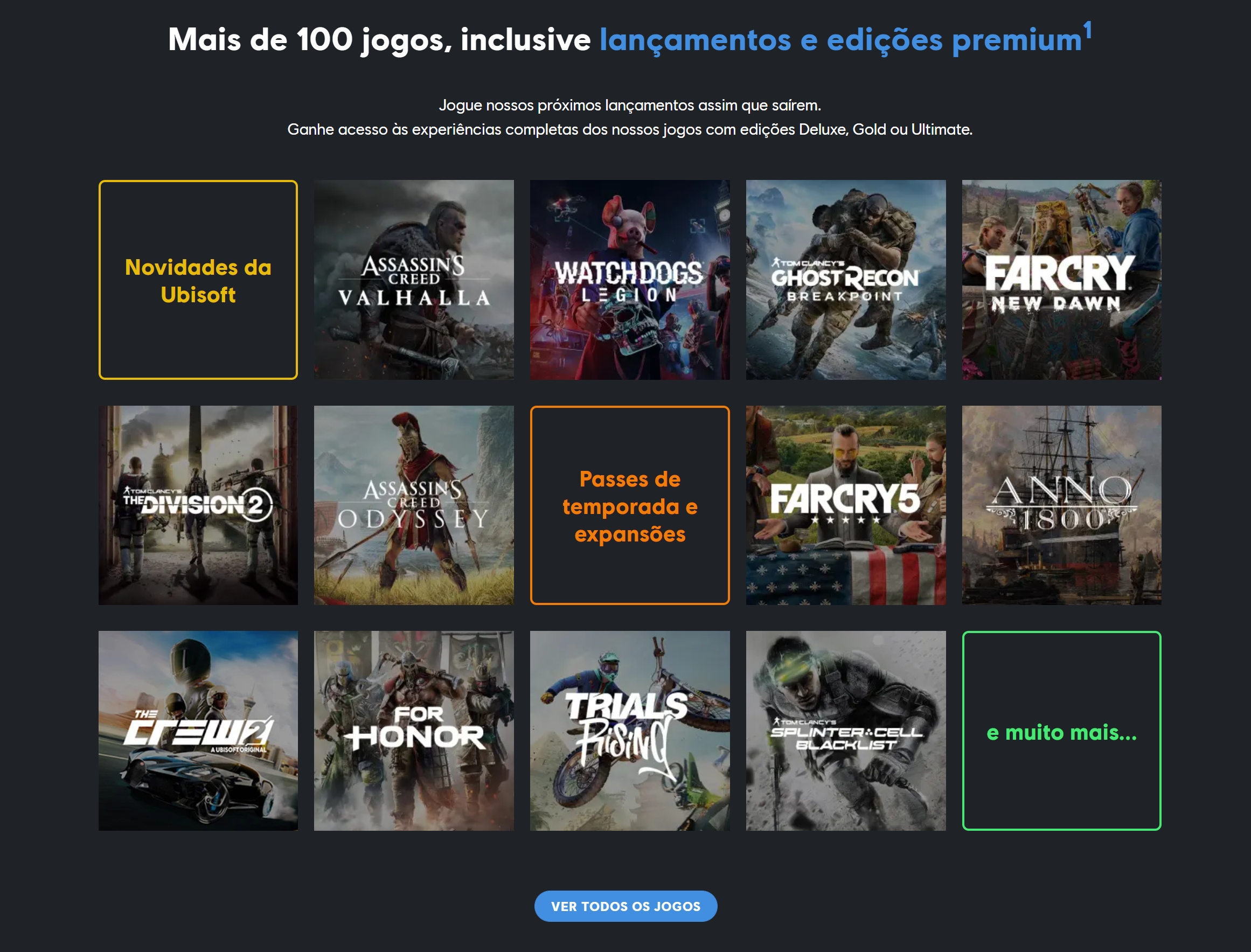 One difference with respect to competitors, such as EA Play, is that all versions are available on the service (while in EA, there are only a few hours of testing and you have to wait for the game to be available in the catalog months later).