400 meters from the historic center of Petrópolis (RJ), a property that has been home to priests and seminarians for over 120 years has been restored. The 19th century building would become a high-end apartment building.

There will be 156 loft style apartments, with high ceilings and an area of ​​19 sq m to 50 sq m in the building where the São Vicente de Paulo School is located.

The property, located on Avenida Barão do Rio Branco, was purchased in 1882 by the Brazilian province of the mission complex, which holds it to this day.

In the middle of the 20th century, a four-storey annex building was built for the activities of the São Vicente de Paulo School. With the number of seminarians declining over time, the place was closed for 12 years, until it reopened in 2000. However, since 2008, the institute has permanently closed its activities.

The French-style church complex also includes a 1940s chapel, which is also being restored. Expectations are that the masses will resume next year, open to the community.

Receive in your e-mail the most important things that happen in the economy; Open to non-subscribers.

To preserve the site, a historical and cultural heritage of the state of Rio de Janeiro since 1998, it was necessary to seek investors.

The São Vicente Residence project is a partnership between Congregação da Missão and construction companies Solidum and Engeprat. The value of the project is 35 million Brazilian riyals.

“It took seven years to approve the project with Inepac [Instituto Estadual do Patrimônio Cultural]”One of the buildings was on the verge of collapse, but it’s a unique business,” says Luiz Fernando Gomez, partner at Engeprat.

According to Gomez, the first apartments, to be delivered this semester, have attracted students from the nearby Petropolis Medical School as well as investors who have focused on seasonal rentals.

“They respond to the concept of life it is in fashionMore sustainable housing. In the Seminary, priests and seminarians live in a common room, with an area of ​​\u200b\u200bup to 60 square meters. “This was divided so that apartments could be entered,” says the businessman. On the second and third floors, partitions were created with drywall walls. But all the walls and the timber are exposed.”

The project allows the consolidation of the apartments to expand the footage. The original characteristics of the Lazarus school have been preserved.

According to Gómez, the work preserves the entire architecture of the complex, with very few interventions. “In some places we have stone masonry, in others we have molded bricks, wood and gypsum. Columns in which plaster has been removed. [etapa anterior ao reboco] They have crosses on the inside. He was exposed to the constructive way at the time,” says Gomez.

There are items made from noble woods, such as Riga pine and cinnamon. “The parts found in Riga’s pine were imported in the time of the empire, and they came from Russia,” says Gomez.

The original projects of the symposium architects were framed and displayed in the residence halls.

Before and after the garden 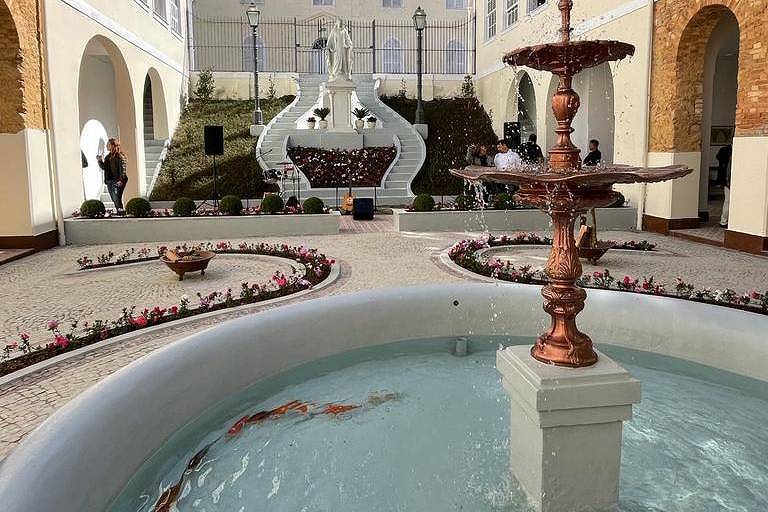 Before and after the facade of São Vicente de Paulo 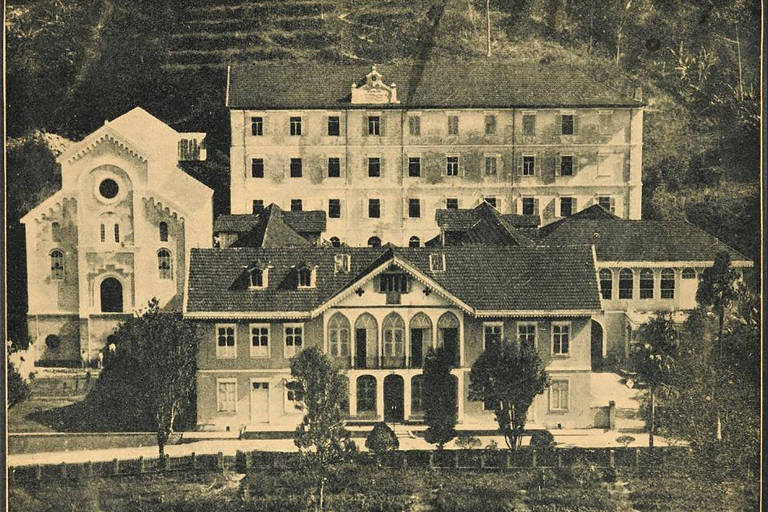 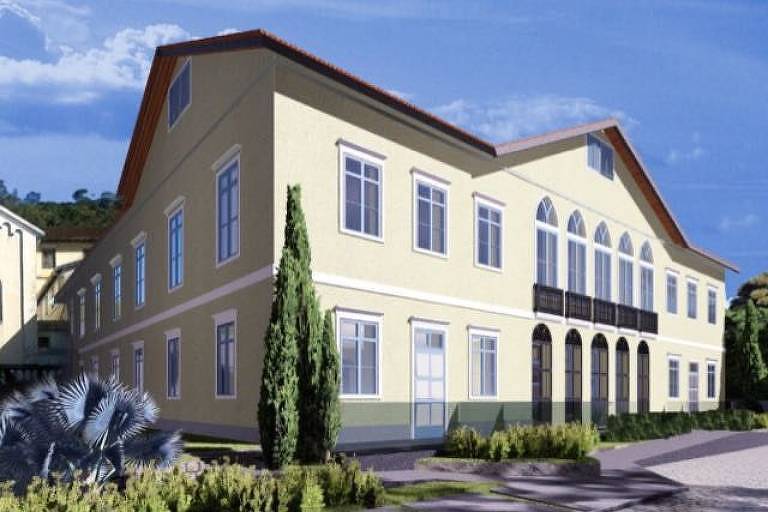 Residents of the São Vicente Residence will have a large common space, with an outdoor work area, meeting rooms, garden, laundry, gym, gourmet kitchen and restaurant 8 meters high in the stone walls.

The coloring spaces will be managed by companies that specialize in home sharing.

“We were able to negotiate the maintenance and restoration of the library, with a collection of 40,000 historical books. There’s even a signed copy of Machado de Assis,” says Luiz Fernando Gomez, of Ingebrat.

You are compact apartments Housing costs between R$240 thousand and R$600 thousand.

Who is Saint Vincent de Paul?

Saint Vincent de Paul of France founded the mission complex in 1625 with three other priests. The goal was to travel across the French countryside to serve the peasants.

Priests were known as Lazaristas because they lived in the house of Saint Lazarus in Paris. Beginning in 1646, they went on missions to Italy, Algeria, Ireland, Scotland, Poland, and Madagascar.

Saint Vincent de Paul died in 1660 at the age of 79. At that time, the mission complex had 622 members in eight countries.

The Lazarians arrived in Brazil on April 15, 1820 from Portugal.

In addition to Petropolis, a French priest was also honored in São Paulo. In the central area of ​​São Paulo, a street in the Santa Cecilia neighborhood bears his name.

Ukraine says 436 bodies recovered in city, from which 30 were recovered, bearing signs of torture | Globalism